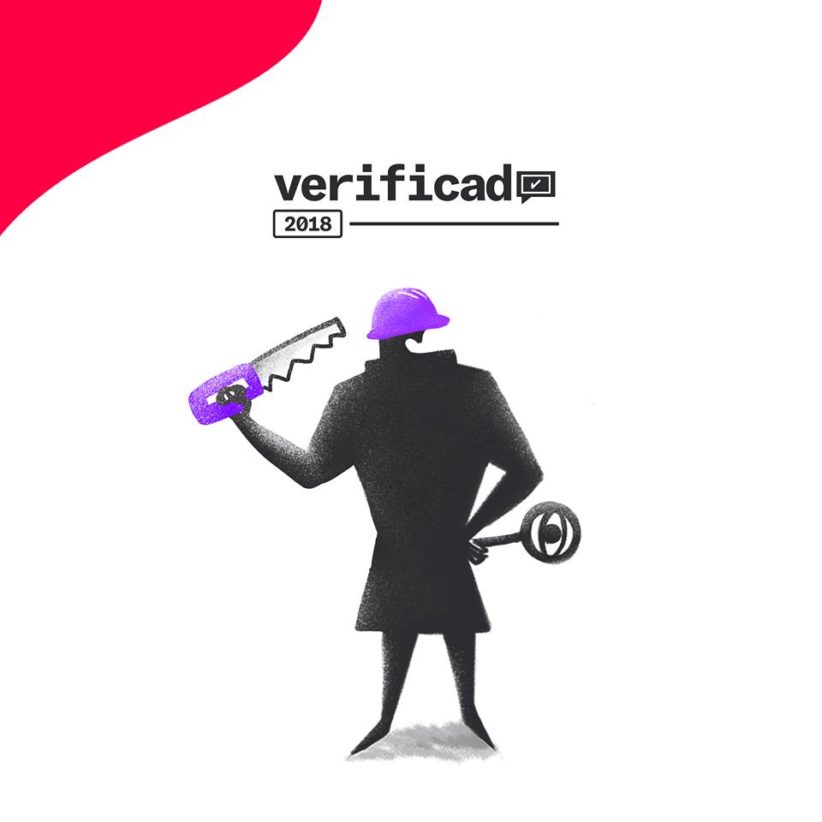 Since the end of last year, the American President has tweeted the term ‘fake news’ upwards of 73 times. It’s a phenomenon that has garnered worldwide momentum as Trump continues to launch direct attacks at the institutions traditionally pitted to protect the liberty of free speech. On the contrary, Rolling Stone pointed out that the President has not yet called out InfoWars, a prolific fake-news institution that has spun, with no factual basis, stories that claim the Sandy Hook school shooting was a hoax.

The reality is that fake news does exist, and it’s a thriving industry. The other reality is that by attacking reputable news outlets, the United States are actually allowing for fake news creators to take an even larger platform that spills across onto social media. It is certainly not the only country to to be faced with a online conundrum unlike anything seen in electoral history.

‘‘It’s like a tumour,’’ Mexican internet activist Alberto Escorcia had said in the run up to the election, pointing out that a number of Mexico’s trending topics were being run by fake bots. A Buzzfeed expose into the level of Mexico’s digital deceit then revealed that marketing companies had been producing fake news since the early 2000’s and that fake news writers can gain substantial payment for their work. Marketers involved in the production of fake news concealed their identities for the documentary because they stated that they currently work within the political sphere of the country.

In the run-up to Mexico’s election, over 80 organisations had joined forces to take on the fake news that was contributing to campaigning and social media, in a country predicted to have over 60 million Facebook users by 2020.

“In this election, we are finding a lot of bots that are being used in order to promote or to attack other candidates,” Verificado 2018 fact-checker Yuriria Avila told the BBC. “We’re seeing bots are being used to promote hashtags that people wouldn’t naturally use, and they become trending topics.” The article suggests that political involvement is at hand with fake-news production, and similar levels were seen in the 2012 elections which saw the Institutional Revolutionary Party (PRI) maintain its grip on power.

Verificado 2018 was Mexico’s answer to a war on fake information. Launched by Tania Montalvo, editor of digital media outlet Animal Político, the collective of media agencies, universities, NGO’s  and publishers had even secured the backing of Facebook and Google when they began looking into an AI tool, Krzana to help them identify the spread of information that was untrue. Founded by Steve Abel and Quin Murray, according to the Digital Journal the technology identifies unstructured data from thousands of data points and allows media groups to quickly locate fake bots and deceiving news surrounding the election.

Together the with the use of technology, the organisation was able to identify that Pope Francis did not speak out against AMLO and that the Instituto Nacional Electoral (INE) had called for a recount of the President-elects victory amidst trust issues, or that the INE allowed votes to be made for deceased individuals.

AMLO has now won the general election, and Verificado 2018 has stopped functioning since the candidate’s victory because they were centred on just covering the campaign. Though they no longer track fake news bots, the company had released the information of  400 fake stories and fifty videos. They had gained over 5 million visitors and grown into a reputable organisation of its own.

But did Verificado 2018 actually work? It is difficult to say how much influence was played by bots in the latest Mexico election. Despite the technology by Krzana and the Verificado organisation, the technology fails to collect the entirety of information that was shared through Whatsapp, a popular messaging app in Mexico, that has the capabilities of blanket messaging and the creation of groups with hundreds of users.

When Mexican journalist posted a video accompanied by the statement,“the government of Venezuela has confirmed on its television station (Venevision) what we all already knew: Nicolás Maduro is behind Andrés Manuel López Obrador’s campaign,” Verificado 18 successfully debunked the story as false, but not before 630,000 people had seen it, according to the The Verge.

What was shown through the organisation is both an active awareness for relentless fake news production and the revelation that unlike Cambridge Analytica, Mexico was producing countless grassroots marketing bots across a wide scale, allowing individuals to profit and trust to be lost.

With the President-elect yet to be sworn in, perhaps fake news policing could have had a longer life span, if not an ongoing one. But, it certainly raised the bar in the battle for truth in the political spheres across the globe. Whether this is something the US could benefit from remains uncertain, but as the dust begins to settle what could be emerging is a new generation that is increasingly savvy to spotting a fake website and a false social media profile and holding them to account.