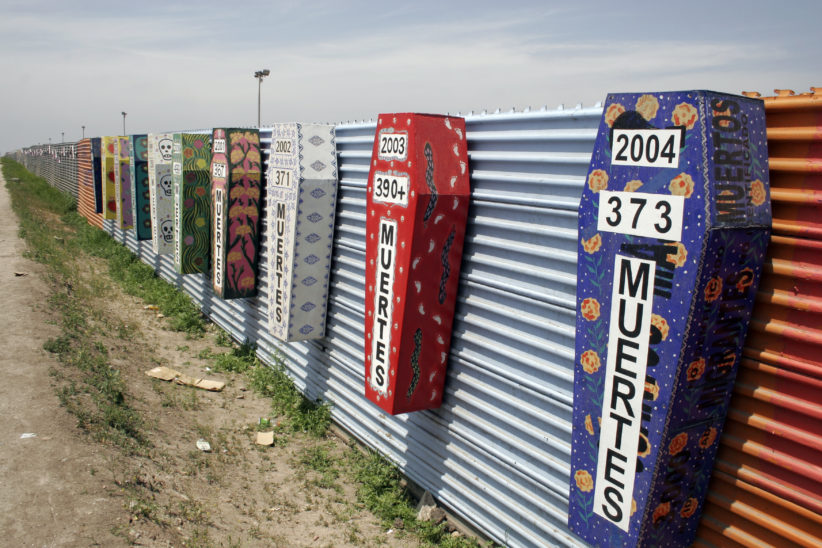 Border security forces along the southern state line of California have begun to reinforce security controls in anticipation of the incoming migrant caravan.

Though there is still some time before the larger body of migrants reaches anywhere close to the US border, it signals a hardening of protocols in response to what has been painted as a ‘security risk’ for the United States.

According to reports from Animal Politico, it has been tasked to the United States Bureau of Customs and Border Protection that will be reinforcing the security of Ysidro and Otay Mesa border booths in San Diego. Security measures will involve the closure of three vehicle lanes and the incorporation of increased security infrastructure in a bid to deter the migrant caravan. It is believed that barricades and fences are also being erected in preparation as news emerges that a small number of migrants have made it to Tijuana.

Further security training has been brought into practice for border patrollers, who are believed to be working with US military forces who are trying to tighten the border influx.

The ongoing migrant caravan is an annual mission that has this year been caught up in a larger political storm. Playing into the hands of the U.S President, it became a token complaint of his mid-term fear mongering that there was an imminent threat at the southern US border. Since then, he announced the launch of Operation Faithful Patriot which sent thousands of US troops to the border, before allegedly scaling back the initiative after the midterms.

U.S authorities have also since announced that migrants that cross into the country illegally will not be permitted to apply for asylum, however, it continues to be a much-contested topic.

Made up of mainly Hondurans, the first movement was believed to have reached an amount of up to 7,000 people at its height. Since then, some had turned back and others have sought asylum in Mexico. At this point, it remains unclear the exact number of migrants that will actually make it to the border after the month-long journey up the continent. Threats that migrants will not be allowed into the United States to apply for asylum claims, however, continue to be rife and leave a question mark over the fate of thousands of men, women and children who are looking to the United States for help.

Despite the closures in California suggesting there could be delays at the border crossings, there still remain 23 open lanes at San Ysidro, which is considered one of the busiest crossings on the border and sees over 110,000 people enter daily, and 12 lanes open at Otay Mesa.

Fleeing organised crime violence, unemployment and poverty, it appears unlikely that the United States border tightening will deter migrants from the final hurdle in their march to the border. Should they choose to enter through legal border crossings, rather than risk treacherous desert, it is unclear what will happen when they arrive at the country.

Any Takers? Mexico’s presidential plane put up for sale