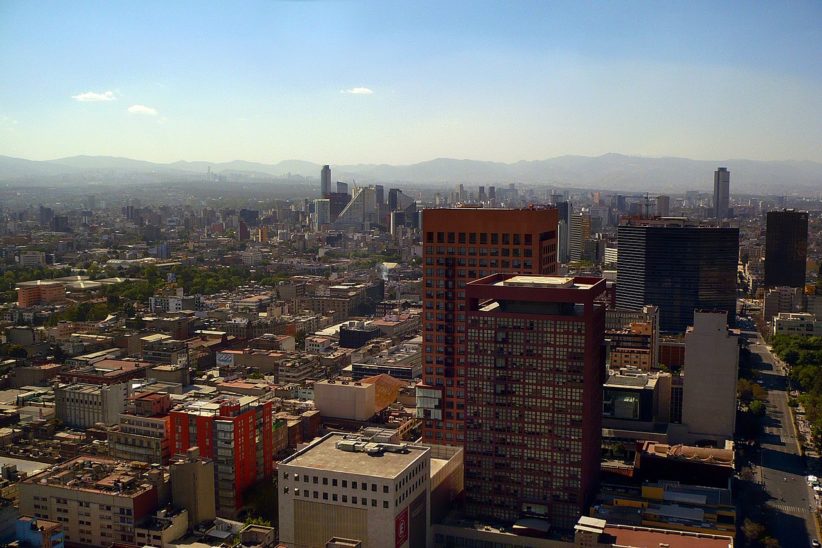 Mexico City faced a pollution crisis on the first day of the year after a night of celebrations combined with excessive firework use and bonfires.

Considered one of the largest cities across the globe, Mexico City is a metropolis of nearly 22 million people which already boasts a combination of heightened congestion levels and motor vehicle use.

Although the most polluted cities in Mexico goes to Monterrey and Toluca, which rank amongst the top 10 polluted cities in Latin America, recent studies suggest that residents of the capital inhale dangerous levels of harmful PM 2.5 particles every day.

According to Animal Politico, the Environmental Commission of the Megalopolis (CAMe) the air quality index in the area of Coacalco de Berriozabal peaked at 157 points by 9 am on new year’s day as a result of phenomenal levels of burning and pyrotechnics. It contributed to soaring pollution levels throughout the northeast section of the Valley of Mexico and raised further concerns about air pollution across the capital.

Heightened pollution levels were present despite efforts from the city’s authorities to host a digital light show as part of a free concert in the city’s centre. Anticipating over 40,000 people, DJs and a rock band were amongst the high-profile performances which were part of the new year’s celebrations for the evening.

Despite this, polluting particle levels soared across the city, leading to the wide scale alert despite improving weather conditions throughout the day. According to CAMe, elderly, children, pregnant women and people suffering from respiratory problems were told to remain in their homes and avoid outdoor activities in order to avoid excessive inhalation of the heavily polluted air.

The city’s authorities also attempted to suspend sweeping, grass cutting and construction work in a bid to lessen the impact of air pollution throughout the day.

According to the World Health Organisation (WHO), over 80% of citizens living in an urban environment are exposed to levels of pollution that exceed the recommended healthy levels. This is even more so the case for lower-income inhabitants and densely populated areas, which is a feature of Mexico City.

Mexican mayor assassinated on the first day of the year