Cancun’s crime problem: Violence is rising in one of Mexico’s top tourist destinations 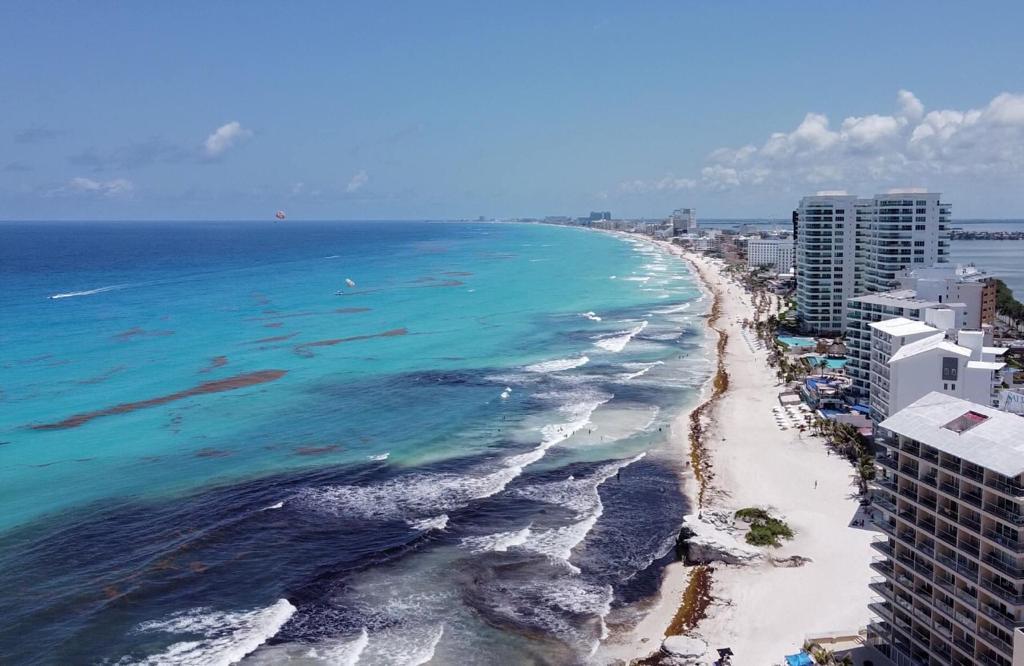 Mexican officials announced last week that they captured the alleged intellectual author of a daytime murder at a crowded, upscale hotel in Playa del Carmen on Mexico’s popular Yucatan penninusula. The murders highlighted a growing trend of violence in one of the country’s most popular tourist destinations.

On May 1, Mexico’s Secretariat of Security and Citizen Protection announced the capture of Oscar Iván “N”, who they allege is the mastermind behind the killings of Robert Dinh and Thomas Cherukara, two Canadian citizens that authorities also say are linked to drug trafficking.

On January 21, Mr. Dinh, Mr. Cherukara and a female companion also from Canada were staying at Hotel Xcaret México where they allegedly met a still unidentified man in a gray tracksuit who opened fire on them, killing the two men and wounding the woman. Days after the shooting, two initial suspects were apprehended by authorities.

According to Canadian media, Mr. Dinh and Mr. Cherukara are wanted by the Royal Canadian Mounted Police for crimes ranging from money laundering and drug dealing to robbery and weapons violations.

The high-profile killings of the North American tourists have brought international attention to an already well-known issue locally: Quintana Roo, where Playa del Carmen and other popular tourist destinations like Cancun are located, is becoming much more violent.

Just two months after the murder of the Canadians, assailants shot up a bar in Cancun, killing a security guard and wounding three people, including a Brazilian citizen. And over Easter weekend, three separate murders took place in different locations around Cancun.

According to the latest report (2021) from the Security and Gender Observatory of Quintana Roo (OSEGE), the state has witnessed the fourth highest number of femicides in Mexico, sliding from 13th place in 2020. It also experiences the highest amount of reported rapes in the coutnry.

Additionally, while the homicide rate has remained the same (Quintana Roo ranks ninth overall in homicides nationally and has since 2020), the state experiences the highest rate of manslaughter cases in the country.

Kidnappings as well have become more frequent, with Quintana Roo experiencing the second highest kidnapping rate in the country, after having the 11th highest amount of kidnappings nationwide in 2020.

According to the watchdog, other crimes such as violent robbery and extortion remain high, but their levels have dropped since 2020.

Quintana Roo is located on Mexico’s southeastern Yucatan peninsula. As an entrance to the Mexican Caribbean, its beaches and resorts have made the state a beacon of international tourism, attracting millions of foreign vacationers every year.

Before the pandemic, tourism was one of the largest economic generators in the region. In 2019, the state hosted over 17 million tourists, 13.5 million of those visitors from abroad. Cancun, the most well-known tourist city in the region, hosted 8 million visitors in 2019, and tourism represented 46.8% of the local GDP in the same year.

Quintana Roo’s economic activity has made it a target of criminal groups in the country, with local authorities and journalistic investigations uncovering how organized crime has infiltrated and co-opted the tourism industry.

Head of the Attorney General’s Office of the State of Quintana Roo, Óscar Montes de Oca Rosales, has previously stated that most of the homicides in the state stem from real-estate development project disputes.

“Of the homicides [in Quintana Roo] — both perpetrators and victims — 80% are not from here; they all come from neighboring states and have to do with the construction industry. There, they recruit and take people to help in the sale of drugs and, later, to turn them into hired killers,” said Mr. Montes de Oca during a meeting with deputies from the Commission for Justice.

Authorities have pointed out the presence of the Cartel del Pacífico and Cartel Jalisco Nueva Generación (CJNG) as the main criminal organizations operating in the region, dedicated to drug and human trafficking, extortion, and kidnapping.

As a response, Mexican President Andrés Manuel López Obrador has created a special peace task force composed of 1,500 members of the National Guard dedicated to tourist safety in the Caribbean region.