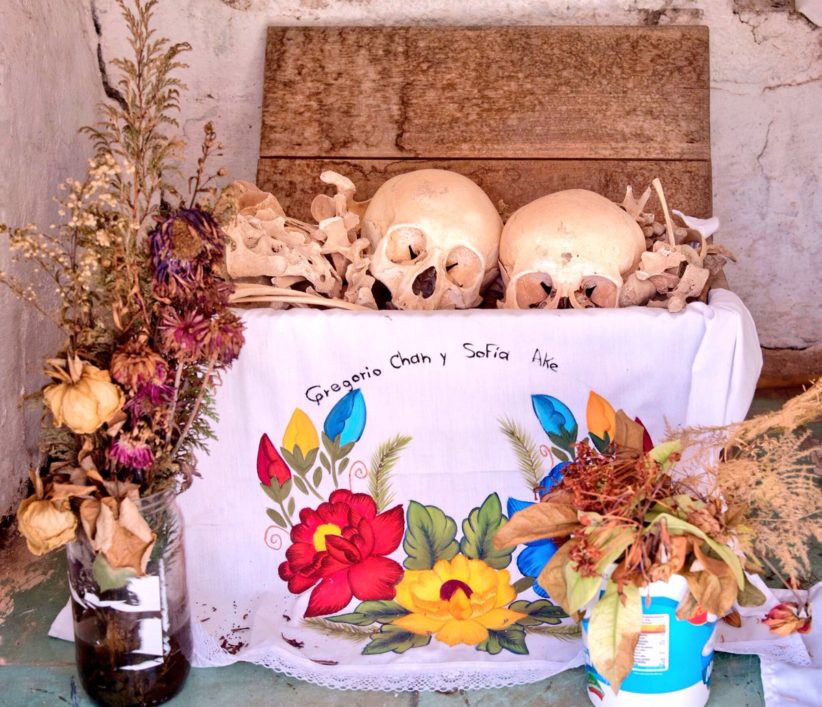 Today, as the western world washes away their ghoulish face paint and children commence with eating their trick or treated candy, cemeteries around Mexico will fill with candles, celebrations, family members and bright orange flowers. It is, of course, Day of the Dead. The famous two-day festival is bigger than Christmas and contributes a famously Latino twist to some of the world’s deathly celebrations which fall at this time of the year.

Indebted to traditions of cleaning graves, holding vigils of remembrance and creating extravagant altars, the celebrations beckon the spirits to come back to Mexican families during the first days of November. Steeped in tradition that harks back thousands of years, it combines tradition with a celebration of life which takes a number of forms across the country.

Whereas in Mexico City you can catch an exciting parade, which was actually only started after James Bond Spectre was filmed there, other parts of the country boast their own exciting and sometimes unusual traditions.

Pomuch Cemetery near Campeche might be at the more extreme end of the spectrum here. After a deceased family member has been buried for three years, they then become part of a ritual which will see the town’s families dig up their skeletons before hand-cleaning the bones and placing the remains on permanent, visual display. According to Atlas Obscura the bones are adorned with new clothes and gifts as the families celebrate the natural progression of life and death.

Today is actually known as Day of the Innocents, whereas the main Dia De Los Muertos celebrations will take place tomorrow. The time of innocence is specially dedicated to children, which means it is the turn of the cemeteries youngest residents to be cleaned and put on display. For those deceased who no longer have any relatives, they are too dug up by the graveyard workers and also put out on show.

Like many of Mexico’s tradition, it is believed that the goings on of Pomuch Cemetery and neighbouring areas is steeped in a history that harks back to Mayan time. According to a study called ‘Human Remains: Guide for Museums and Academic Institutions’ the pre-Hispanic traditional cleaning is meant to show the returning ghosts that they have not been forgotten. Furthermore, for the living family members, it is considered a means to help overcome grief and address death as a natural process of human life.

According to Atlas Obscura, as technology seeps further into the medical realms, things such as steel hip replacements also have to be cleaned in a different way to the rest of the bodies.

Within the next 48 hours, families will commit to this tradition and celebrate with their dearly departed loved ones. The cemeteries will be lined with marigold flowers, considered the symbolic pointer which leads the spirits back to their family homes, and everyone will be sporting skull-inspired face paint that firmly cements Mexico’s world-famous celebrations.

Mexico’s Dia de Los Muertos is not the only celebration to be held across Latin America, however. It is a marked day across a number of Hispanic countries although the vast celebrations are namely associated with Mexico. In Bolivia, for instance, next week death will be celebrated in a more interesting fashion when Fiesta de las Ñanitas on November 9 will see Bolivian locals parade the actual skulls of their loved ones dressed up in costumes and decorations.

Supreme Court rule in favour of allowing recreational marijuana use