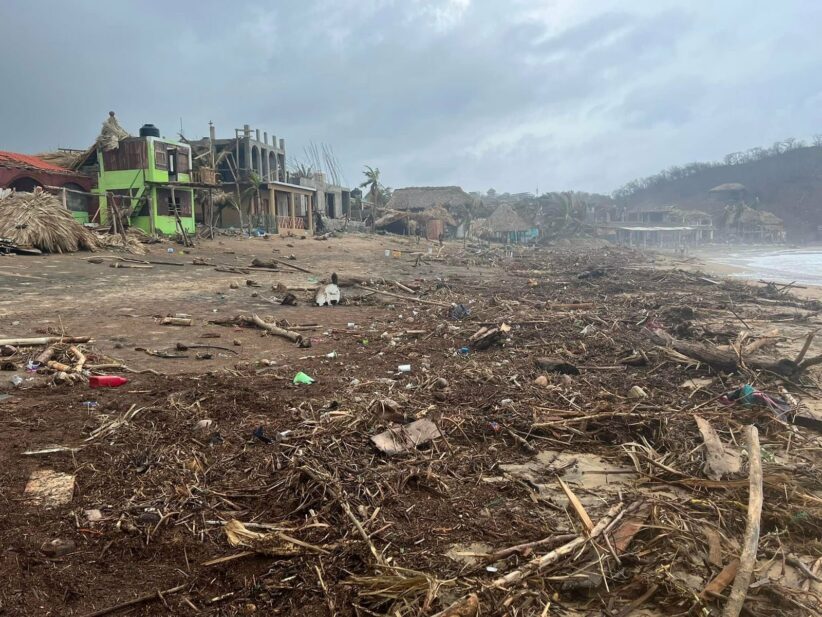 Eleven people have died and 33 remain missing after  Agatha made landfall on Mexico’s southeastern coast, according to authorities.

Via video call, Mr. Murat explained that the majority of the victims were killed or injured by  overflooding near  rivers. The governor detailed that the most affected areas were concentrated near the coast and southern regions of the state.

The governor called for an emergency state in 26 municipalities out of the state’s 570.

Mr. Murat also said that 240 shelters were raised in preparation for the storm, which according to him is about two shelters per municipality in the most affected areas thus far.

The National Guard, navy, and military were all deployed to the affected areas to help with supplies and other needs related to  the temporary shelters.

At the press conference, Mr. López Obrador instructed that the head of the Secretary of Defense, Luis Cresencio Sandoval, would be leading the operation to restore the damage left by ‘Agatha.’

“We are going to continue supporting, and that is the purpose of the visit that General Sandoval is going to carry out, to be with you, with all the support of the federal government,” said Mr. López Obrador. “My heart goes to the families of those who have lost [loved ones], and we desire to find the missing when we can reach all the communities. We will be in that pursuit, and we will be alert. All our support for the victims.”

Operations to send food and supplies for these regions are already underway.

Many areas near the hurricane’s landfall are still without power.

According to the Federal Electrical Commission (CFE), Agatha’s path through Oaxaca and Veracruz left 76,540 people without power and electrical workers have restored up to 63% of the electric grid in the affected states so far.

Oaxaca, a state which holds many popular tourist destinations, was hit hardest by outages, with the CFE reporting 72,158 affected users, with just 60% of its power restored thus far. The state of Veracruz saw 4,355 people lose power according to the energy company, but those affected have already had their power restored, according to the company.

Mexico remains on alert for subsequent storms. The country’s National Water Commission (CONAGUA) reported that there is a 70% chance  another hurricane develops in the next 48 hours and up to 80% chance in the next five days.

Mexico to call for OAS dissolution at upcoming Americas Summit

What to watch for in Mexico’s June 5 elections