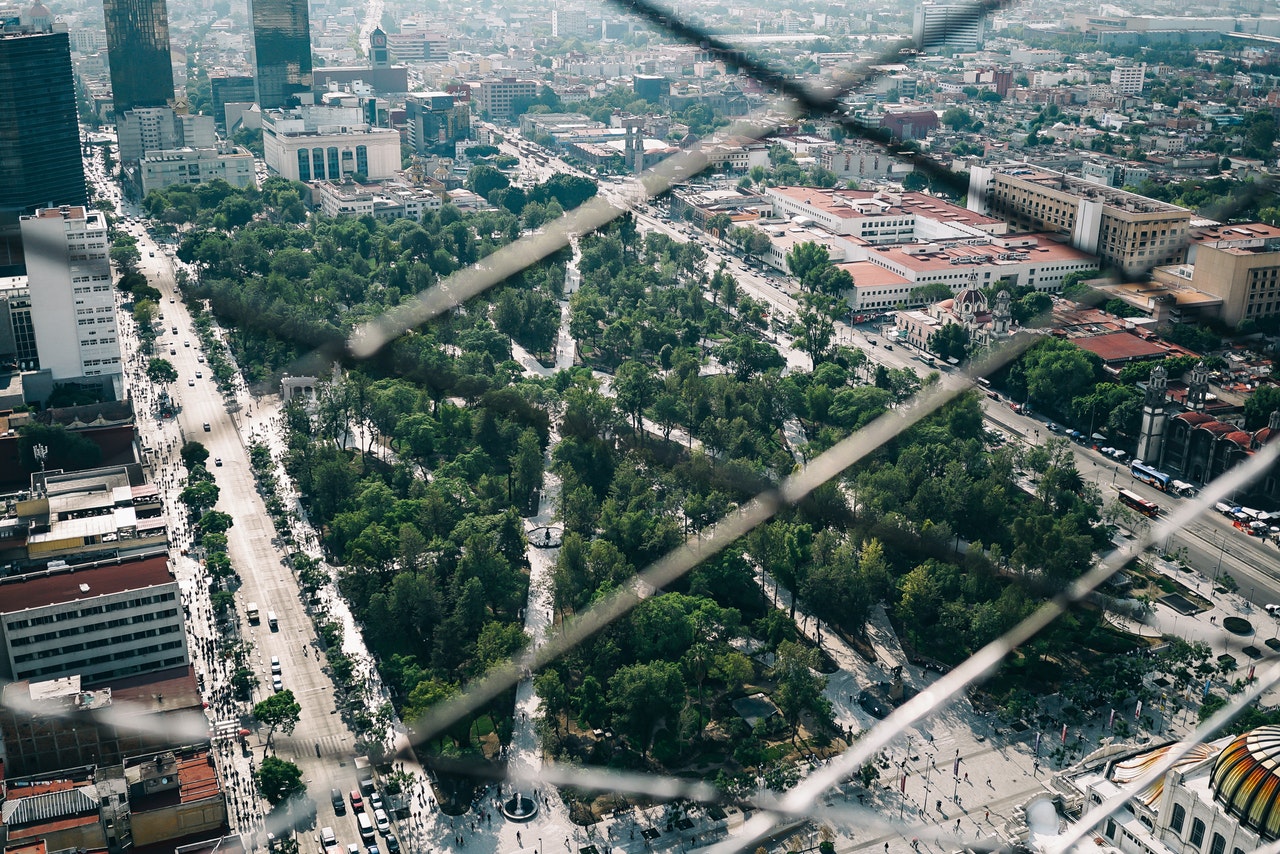 A recent study shows that Mexico City’s wealthiest neighbourhoods have access to six times more public spaces and green areas than their poorest counterparts. Yet green urban areas could have surprising social impacts – from improving health to reducing gun violence.

Families and couples are strolling under the shady trees, while a group of young women with piercings are practicing hula-hoop between arte déco inspired ponds: Condesa district’s local park is probably as picturesque as a Sunday afternoon in Mexico City can be.

Yet the “Parque México” is, in fact, much more a park of “Rich Mexico”: Public and green spaces are distributed highly unequal across the city, shows new research by World Resource Institute (WRI) Mexico. 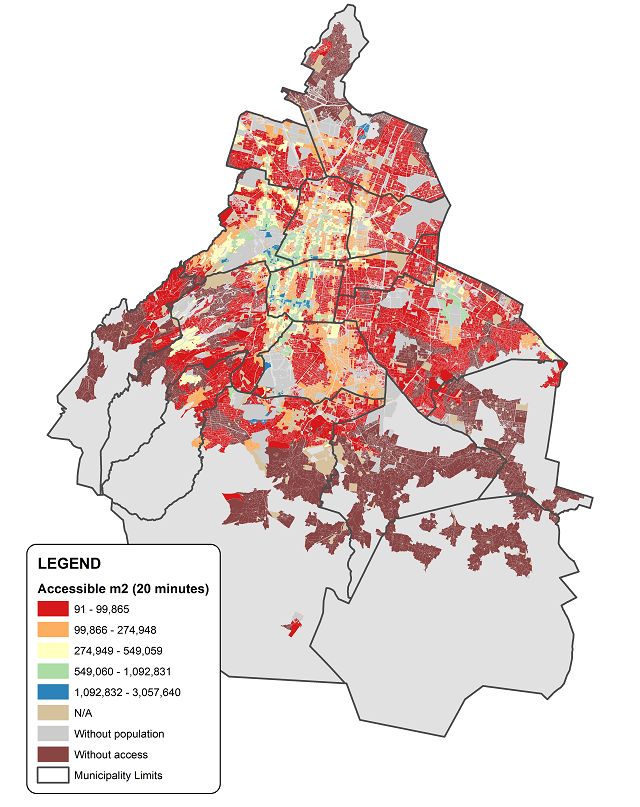 Theoretically, each inhabitant of CDMX has on average 5,3 m² of green space, according to the Mexican Ministry of Environment. However, as the map of the research shows, distribution is highly unequal. High-income districts such as Benito Juárez, Miguel Hidalgo, Cuauhtémoc and Coyoacán are 13 to 35 times more likely to have a public space in the CDMX compared to Xochimilco, Cuajimalpa, Tláhuac and Magdalena Contreras, which, paradoxically, have a greater territorial extension.

Why does a little patch of grass and some trees matter? Parks and public spaces are much more than a ‘nice to have’, explained Jorge Macías, director of Urban Development and Accessibility at WRI in Mexico and coordinator of the research to the press. “Public space is the heart of the neighborhoods and of the city itself since it generates community cohesion and neighborhood ties.”

Planting trees and gardens in cities is often stereotypically perceived as the realm of environmentalists at best and tree-hugging idealists at worst. However, recent studies show that greening cities have a huge impact not only on the environment but on the social well-being of urban residents.

In one landmark study, researchers from the US worked with city authorities to randomly assign vacant lots for planting some trees and grassy lawns. It turned out that in the lots that receive this intervention, gun assaults went down significantly – more than 9% by police records.

“Like a lot of people, I thought of the environment as, you know, trees, grass, gardens, flowers. I thought of that as kind of a nice amenity”, tells urban researcher Ming Kuo from the University of Illinois Urbana-Champaign in an NPR Podcast. However, when she looked at the data, she found – in the words of E.O. Wilson – that just like a zoo or lab animals, humans, “when housed in unfit habitats, undergo social, psychological and physical breakdown.”

Reducing gun violence, especially in poor-income areas, has been a challenge for Mexico. Over the last decade, gun violence has claimed more than 100,000 lives and numbers are soaring, suggest newspaper reports.

By excluding CDMX’ poor population from green spaces, their personal well-being might also be severely affected. Ming Kuo speaks of “dozens of long-term health outcomes” tied to contact with (urban) nature, including stronger immune systems and lower rates of depression and psychological disorders. 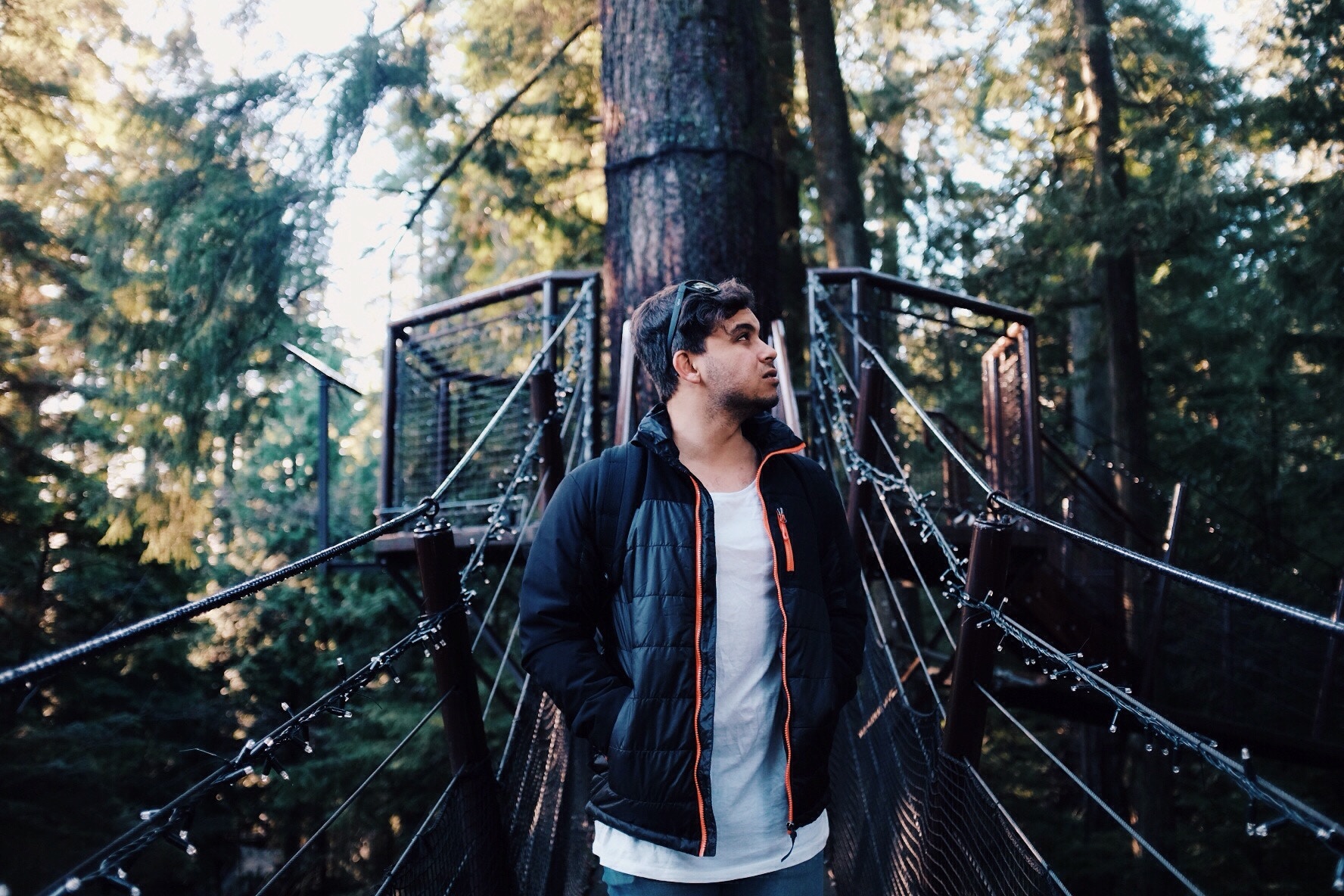 As the latest predictions by the United Nations are warning that climate change efforts are actually being reversed, creating more green infrastructure in CDMX becomes even more salient. According to the IPCC, green infrastructure and sustainable water management are among the most effective investments that cities can make to adapt against the hazards of climate change, such as heatwaves or urban heat islands.

Help may come from international actors: WRI announced launching “TheCityFix Labs Mexico” to support exactly the development of these types of green investments. The initiative is a new component of the Financing Sustainable Cities Initiative, a partnership between the WRI Ross Center and C40 Cities Climate Leadership Group, supported by the Citi Foundation.

When it comes to domestic actors, Mexican newspapers voice concerns over the infrastructure policy of the Autoridad del Espacio Público, the city’s authority for public spaces. The majority of the reported 90 projects for improving public spaces in the last ten years were concentrated in the capital’s wealthiest neighborhoods such as Cuauhtémoc, they critizice.

However, Claudia Sheinbaum, just elected mayor of CDMX last year, is known for putting sustainability high on the agenda. Chances are high that she found inspiration when recently visiting several European cities to look at the transformation and recovery of public spaces. However, in light of the research, it is not only important to invest more into green spaces – but also ensure equality of access.