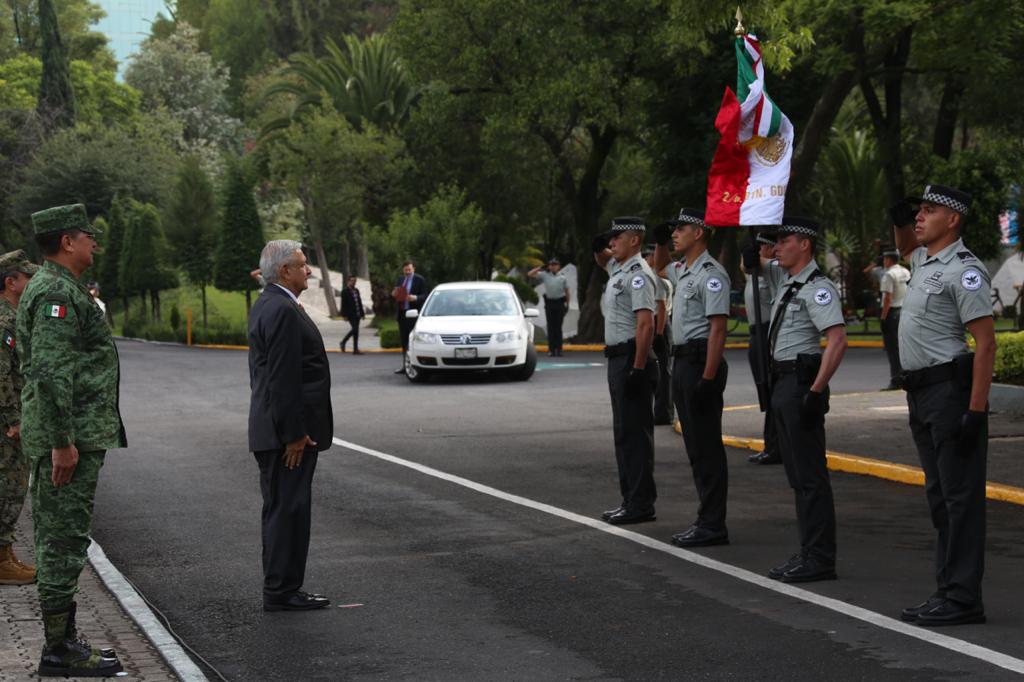 During his daily press conference on June 15, Mr. López Obrador said he was confident his current administration was de-escalating violent clashes between authorities and criminal gangs and effectively tackling organized crime.

“We have to continue with the same strategy because violence cannot be confronted with violence … there are many people who think that evil can be confronted with evil, tooth for tooth and eye for an eye can be applied, we believe that we have to address the causes and that is the best thing to do,” said Mr. López Obrador.

The president’s comments follow two separate violent confrontations which erupted between authorities and armed groups in Texcaltitlán, a city in the center of the country, and in Mexico’s southeast in San Cristobal de las Casas, Chiapas. In both cases, authorities reported deaths.

On the morning of June 14, elements of the State Prosecutor’s Office in the municipality of Texcaltitlán were attacked by an armed group while carrying out an arrest order against a member of the Mexican drug cartel, ‘La Familia Michoacana.’ The encounter resulted in the death of 11 alleged criminals and seven people were injured.

On the same day, over 600 miles away, a heavily armed commando team stormed the northern region of San Cristóbal de las Casas, the state’s main tourist destination. For four hours, masked men terrorized the premises of the city’s north market, which Mr. López Obrador said was due to fighting for control of the market between two gangs.

As a result of the violence experienced in Texcaltitlán, Mexico’s Secretary of Defense and the National Guard sent 140 troops to help strengthen peace in the region.

According to the government’s figures, violence in the country shows a declining trend, especially homicide, which shows a downfall of 17.1% when comparing the 2,547 reported homicides in April 2022 to the 3,047 reported in 2018.

Mr. López Obrador has often praised his “hugs not bullets” strategy, citing his government has worked in de-escalating violent conflicts between the armed forces and organized crime.

However, the latest report by the Monitor of Use of Lethal Force Latin America and the Caribbean shows that the lethality in conflicts has risen.

Mr. López Obrador stated that the number of confrontations like the ones from Chiapas and the state of Mexico is a direct result of the criminal gangs created during the ‘War on Drugs’, a period where the Mexican government ranked up military efforts to face organized crime. According to the president, the strategy fractured criminal organizations into several groups fighting for control.

By 2020, the number of criminal organizations was reported in 150 different gangs which operate throughout the country, 51 of which are operating in the country’s capital, Mexico City.

As reported by Mexico’s Crime Presence Database 2020 (BACRIM 2020), Cartel Jalisco Nueva Generación (CJNG) is the largest criminal group operating in 23 states out of the country’s 32, with Sinaloa Cartel and ‘La Familia Michoacana’ working in 14 and eight states respectively.