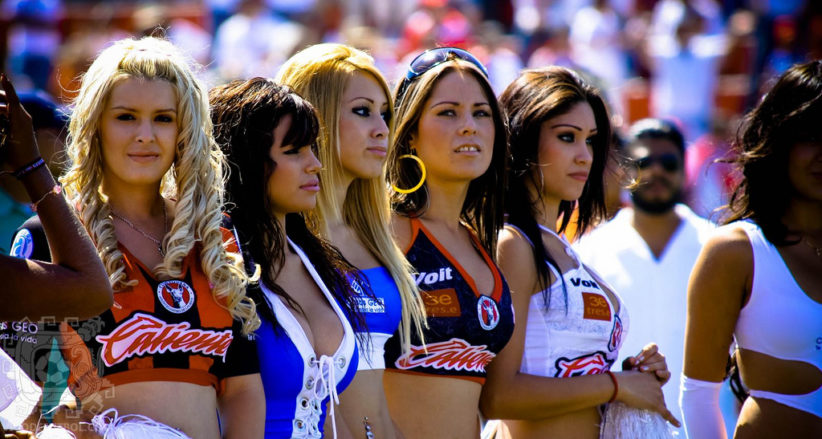 Mexico City has banned the use of models that promote local and government-run events around the area.

Restriction of this job, commonly associated with attractive women in minimal clothing used to entice prospective customers, has been heralded as a step towards breaking gender stereotypes that exist across the country.

According to El Financierio, the lucrative job positions, which are essentially that of hostesses, have not only previously played a leading role across the city’s events but can also bring in large earnings for the selected women known as Las Edecanes. The report suggests that women can earn anything between 5,000 pesos ($260)  to 30,000 pesos ($1,560) a month. When you compare this to the average wage for a Mexican household which comes in at around $843 per month, then it could reveal a pointer as to why a number of women could choose to pursue this employment.  Despite the new ban in Mexico City, a quick online search reveals an abundance of Edecane job advertisements for corporate events and even for construction companies and digital agencies.

Although the job position is typically associated with girls in high heels, it has been argued that Edecanes can also hold more conservative looking appearances for, particularly corporate events. On the contrary, previous stories consist of Playboy models being hired to entertain during election announcements and it was back in 2014 when politicians hinted at the idea that hostessing is sometimes a cover for prostitution.

The ban has also been met with criticism from the hostess circles who have suggested the restrictions have negative implications on Edecanes further across the country. In a country where it is estimated over a million women work as Edecanes, it has been suggested that the restriction instils an image of the women as being involved with illicit activity, when in fact the role is strictly work, and well paid work at that.

Edecanes are not only contained in Mexico however. The job position in fact plays a defining role across Latin America and even further afield in Europe and the United States. It was last year that the Arts Council in London was called out as sexists for advertising a job position for a ‘hostess,’ who must look approachable to greet entrants at the door. A similar expose, once again in the United Kingdom, revealed how some of the country’s leading businessmen and entrepreneurs had groped hostesses at charity events. The women had been asked to sign  non-disclosure agreements  before the events, showing both the prevalence and impunity of this kind of behaviour.

Mexico City’s ban is a small step, yet nonetheless many believe a kick in the right direction for women’s rights. Yet the field of hostessing across the world is somewhat of a grey area, often marred in sexual suggestivity and implicates young women simply trying to earn a living. In order to reduce the chauvinistic perception of working within Mexico, more should be demanded of the government to promote equality in the workplace and even more should be done to identify and quash objectification across the country. The El Financiero report also highlighted that professional growth linked to abilities should be further supported rather than appearances.

This year, there have been a number of sweeping steps towards increased gender equality in Mexico. From seeing the first female mayor elected in Mexico City as well as revealing the highest amount of women occupying political seats, one would hope this points to the facilitation of further change such as the Edacanes ban. Paradoxically, the country still counts phenomenal levels of femicide and gender-based violence, leaving a question mark over the extent this is ‘El año de la mujer.’