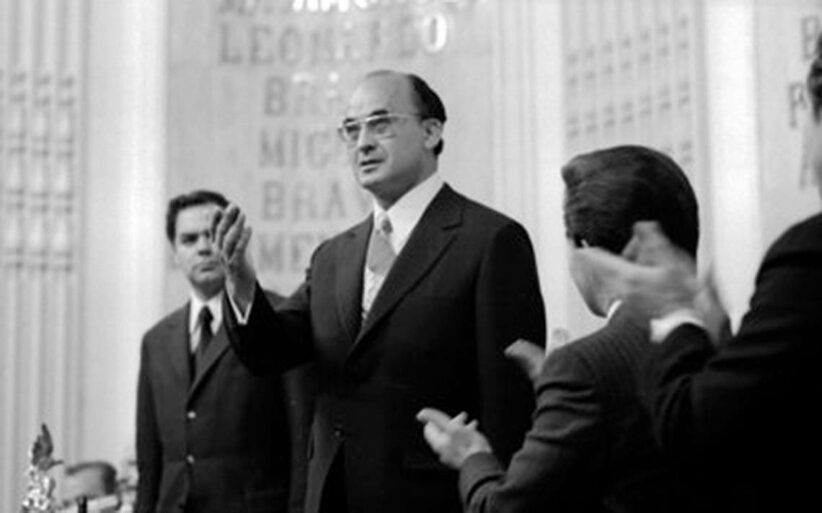 Luis Echeverría Álvarez, President of Mexico from 1970 to 1976, died on July 8, 2022, leaving behind a legacy of human rights abuses and close ties to the United States Central Intelligence Agency (CIA).

Surrounded by family, Mr. Echeverría died at the age of 100 in his home in Cuernavaca, Mexico.

Funeral services were held in Mexico City, but unlike other deceased presidents, Mr. Echevería was not granted a state funeral, and contrary to tradition, neither the current president nor any other former Mexican leader attended his funeral, a testament to the legacy of brutality and human rights abuses he leaves behind.

Before becoming president, Mr. Echeverría was one of the leading figures in Mexico’s Dirty War, the Mexican theatre of the Cold War. He consolidated his power thanks to his willingness to engage in violence to squash the emerging civil unrest in the country.

As Minister of Interior during the 1960s, Mr. Echeverría was one of the principle officials blamed for the Tlatelolco Massacre, in which paramilitary forces dressed as civilians — allegedly acting under Mr. Echeverría’s orders — shot and killed 300 student demonstrators in Tlatelolco, Mexico City on October 2, 1968.

When Mr. Echeverría assumed the presidency in 1970, the government’s policy on insurgent movements shifted from control and disarticulation to annihilation.

Facing down another student mobilization in Mexico City on June 10, 1971, Mr. Echeverría would again deploy paramilitary forces to confront students, resulting in another massacre.

The events that transpired that day would become known as the ‘Halconazo,’ named after the paramilitary group ‘Los Halcones’ (The Falcons) who the government used to attack leftist student groups.

The Falcons reportedly chased injured students into hospitals, killing them while being treated for their wounds. Some sources allege that the paramilitary group killed as many as 120 students during the incident.

Mr. Echeverría and the CIA

After Halconazo, Mr. Echeverría ratcheted up military operations to slam insurgent movements, a policy looked fondly upon by the United States at the height of the Cold War with the Soviet Union.

Mr. Echeverría — who once told President Richard Nixon that Fidel Castro and Cuba were “instruments of penetration into the United States and Mexico”– was a firm believer that both the U.S. and Mexico must work together to curb social unrest fueled by international communism.

It was his ironclad anti-communist stance that made Mr. Echeverría an ally of the U.S., especially the CIA.

During his time as Minister of Interior, Mr. Echeverría, along with other high-profile officials from Mexico’s political elite, were part of an espionage network established by the CIA from 1956 to 1969 codenamed LITEMPO, according to a report from the National Security Archive.

The covert operation aimed to gather intelligence and influence the highest echelons of Mexico’s political system.

Mr. Echeverría would even become a close acquaintance of then CIA Mexico City Station Chief Winston Scott, becoming a paid CIA operative and a guest at Mr. Scott’s dinner parties.

In addition, during that time, the CIA reportedly used to brief the Mexican government on guerilla and leftist movements in the country through a daily intelligence report named “Enemies of the Nation.”

Following the events at Tlatelolco, LITEMPO was soon dissolved, and Mr. Scott retired.

The espionage network was terminated by the time Mr. Echeverría assumed the presidency.

However, the intelligence gathered about the revolutionary movements, and the repressive government tactics, persisted in the following decade, at a time where other Latin American leaders were enforcing the same violent measures with the assistance of the CIA.

In 2006, Mr. Echeverría stood trial for genocide related to his involvement in the Tlatelolco Massacre and the Halconazo. However, a judge acquitted him of all charges, citing that there wasn’t enough evidence that linked the former President to the massacre.