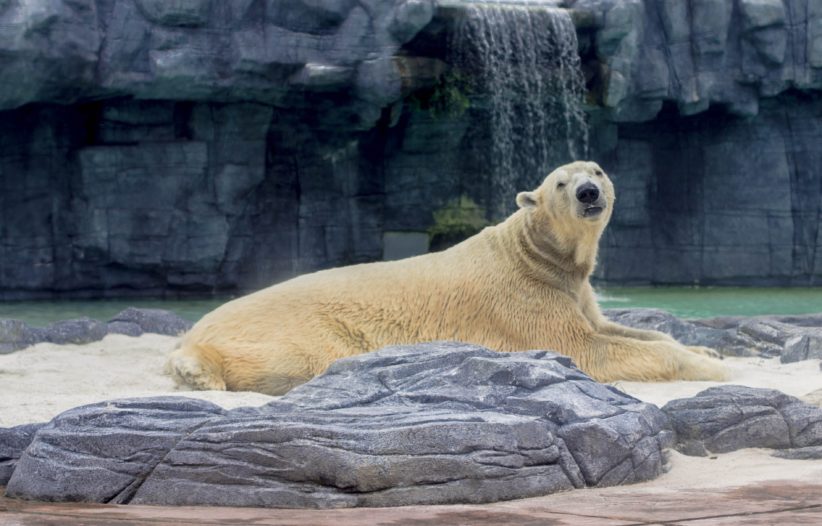 Mexico’s Benito Juarez Zoo had allegedly refused to allow their polar bear, Yupik, to be transferred to cooler conditions.

Much to the frustration of animal activists, who were rallying to have the polar bear transferred to a country with more suitable weather, the polar bear instead spent 25 years in what has been dubbed ‘‘a barren enclosure at a rundown roadside zoo.’’

This week it has been reported that the polar bear died having spent its life in an enclosure where the temperature rarely dropped below 21 degrees Celsius, reported the Associated Press.

The news has saddened animal right groups who laid the blame on the zoo authorities that declined to take into mind the animal’s wellbeing.

In the wild, polar bears can usually be found in the Arctic Circle and in countries such as Alaska (U.S), Canada, Russia, Greenland, and Norway. Usually, their movements tend to be contained to a few hundred miles, however, there have even been reports of polar bears travelling thousands of kilometres across ice sheets. What’s more, polar bears are well equipped with thick fur and also a thick layer of blubber which means their bodies are insulated to withstand even -37 degrees Celsius.

Although they are not considered endangered just yet, the species is considered vulnerable and reports suggest that the population is certainly decreasing in the wild, primarily due to changes in their climate.

Despite zoos offering conservation for species that are facing trouble in the wild, there are over 90 zoos around the world that have captive polar bears. From Australia to Brazil to Canada, activists point out that the majority of the enclosures where polar bears reside are inept at catering for the animal’s desired climate. According to Bear Conservation, only one zoo offers a suitable climate for the animals.

According to the Benito Juarez Zoo website, it is their mission to “promote the care, conservation and protection of flora and fauna, through knowledge, research and education.” Boasting over 2,000 animals from 376 species around the world, the Michoacan-based organisation has identified itself as one of the most important zoo initiatives in the country. In response to the death of Yupik, statements suggested that the bear had died of inevitable issues due to its old age, citing a ruptured aorta. What’s more, zoo representatives pointed out that Yupik had lived considerably longer than bears in the wild at the age of 27 (wild bears tend to live until 18).

Although the bear had a water pool in the enclosure, it has been claimed that improvements to animal conditions had only come as a result of pressure from animal rights groups. The fact that a British zoo had also offered to take Yupik to a better climate could suggest that other wildlife organisations still felt that the Mexican location was unsuitable.

Although there are some protections of animal rights under Mexican legislation, this is limited at best and, combined with little education, has seen a number of cases of animal neglect in the country. Three years ago over 100 animals were rescued from a zoo in Tehuacan as a result of squalid conditions, and before that 35 animals, including two crocodiles and a monkey, froze to death at a zoo in Chihuahua due to a cold winter.

The death of Yupik is just one element of a wider question about keeping animals such as polar bears in captivity. A report by DW recently brought the debate to light, suggesting that zoos can raise awareness for endangered animals yet, on the contrary, are also attractions deeply seated in monetary gain.