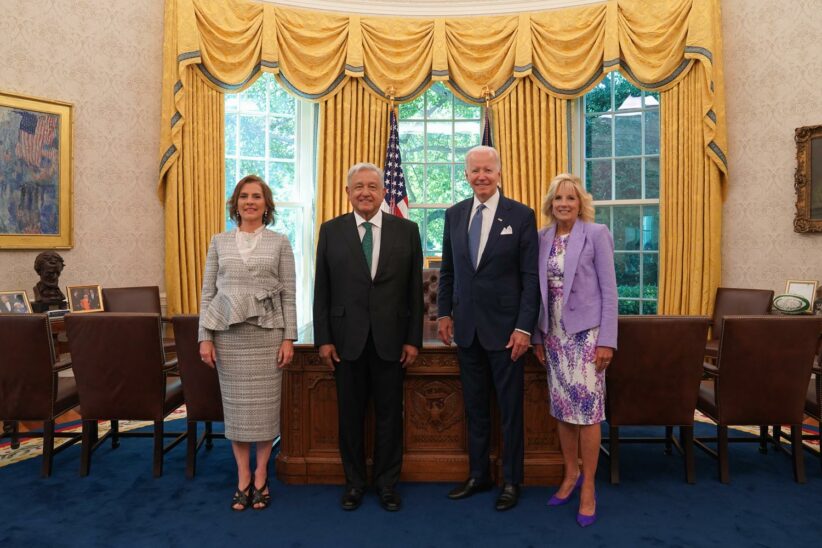 In his second visit to Washington in under a year, Mexican President Andrés Manuel López Obrador presented United States President Joe Biden with a plan to normalize migrant labor in the U.S., to help curb the economic crisis being felt across the globe.

Mr. López Obrador raised to his American counterpart the need for stronger bonds between the two nations to face the current situation derived from the COVID-19 pandemic and the war in Ukraine.

To ensure that the economy does not grind to a halt due to “lack of labor,” Mr. López Obrador proposed to regulate the migratory flow from Mexico and Central America and allow workers such as technicians and other professionals to enter the United States.

According to Mr. López Obrador, the workers would be at the disposal of Mr. Biden’s plans, with the hope that U.S. Congress will approve over USD $1 billion in infrastructure projects that the labor force could help carry out.

The plan was partially inspired by the Bracero program, an initiative pushed by former U.S. President Franklin Delano Roosevelt, in which the U.S. legally hired Mexican workers to attend labor shortages derived from World War II. (However, Mexican workers reportedly lived under poor conditions and were exploited by their U.S. employers during this time.)

In addition, the Mexican President urged to normalize the migrants already living in the U.S.

“It is essential, and I say this sincerely and respectfully, to normalize and provide certainty to migrants who have been working honestly for several years and contributing to the development of this great nation,” said Mr. López Obrador.

For his part, Mr. Biden celebrated that last year his administration set a record by issuing 300,000 workers visas, confident that those numbers could be doubled in the coming months and that the U.S. has reached “historical levels” in processing visas for Central Americans.

“I know that your opponents, the conservatives, will cry foul, but without a bold program of development and welfare, it will not be possible to solve any problems or gain the support of the people,” added Mr. López Obrador.

Regarding the energy supply, the Mexican president pledged to Mr. Biden to double the fuel supply in Mexico’s border cities, where U.S. nationals are traveling to buy gas at a lower price.

In addition, Mr. López Obrador offered the U.S. Mexico’s over 1000 kilometers of pipeline located along its southern border to transport gas from Texas to New Mexico, Arizona, and California.

At the end of the meeting, Mr. Biden said he looked forward to reviewing the issues presented by the Mexican President.

“I hope that my actions throughout my career have shown the respect I have for Mexico. It is an independent country, a great country, and I have a great deal of respect for you,” commented Mr. Biden at the end of the meeting.

President Luis Echeverría Álvarez: A legacy of human rights abuse and ties to the CIA