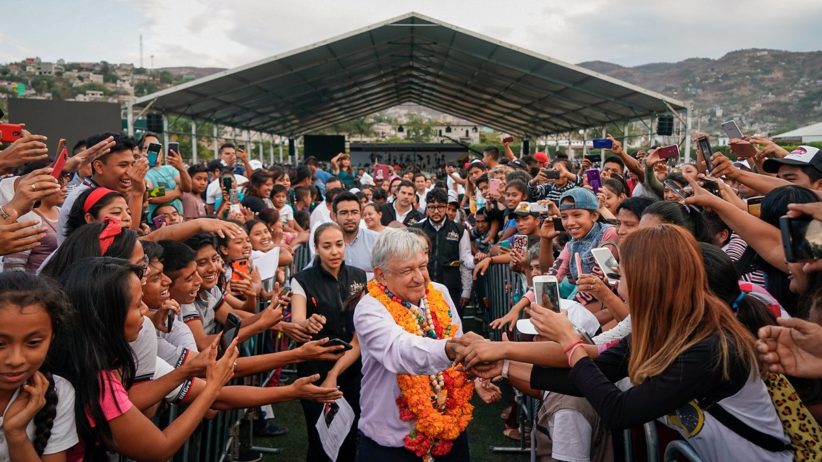 Andres Manuel Lopez Obrador has been the President of Mexico for nearly a month and a half.

In that time, he has maintained his promise to bring vast changes to his country, starting with the creation of a national guard, cuts to judicial salaries and the ongoing shake-up of fuel deliverance aimed at stopping organised crime groups, which at the same time have caused havoc to fuel stocks around the country.

There is still, of course, some way to go. During his short time as president, reports that another journalist had been killed mirror crime levels reminiscent of Enrique Pena Nieto’s former government, which continue to press forwards at a phenomenal rate. Some might even wonder whether a six year presidential term is anywhere near enough to clear up decades of corruption rife within the political realms of the country.

Despite this, reportedly 57% of Mexicans questioned in a recent poll by De Las Heras Demotecnia claimed their perception of AMLO have improved. Of the group polled, 72% also agree that the current actions linked to the country’s fuel shortages are necessary in order to solve the problem of organised crime group fuel thefts.

Dubbed ‘Huachicoleo’ the ongoing fuel shortages have led to Long lines have forming across a number of Mexico’s largest cities as residents queue to collect gasoline, whilst authorities work to redirect gas delivery in a bid to stop fuel theft by organised crime groups. There are, on average, 60 illegal taps into pipelines daily within the country, with cartels choosing to profit from a less complex industry than that of narcotics. Rather than having to move drugs overseas, the stolen fuel can be profited from within Mexico and allows for cartels to become more powerful with greater ease.

As many as 81% of people contacted for the poll were aware of the fuel shortages taking place within the country.

The poll which screened 500 people over the phone, as well as 57% suggesting their opinion of AMLO has improved, showed that 8% kept the same perception of him, whilst 18% of residents polled said their support has lessened as a result of the fuel shortages.

Founded by María de las Heras in 1991, De Las Heras Demotecnia has become one of the most recognised pollsters to exist within Mexico. The organisation claims to have formerly ‘measured with great precision the triumph of the National Action Party with Vicente Fox Quesada as president in the year 2000, and the triumph of José Luis Rodríguez Zapatero in Spain, in 2004.’’

In the meantime, motorists across large states such as Guanajuato, Puebla, Tlaxcala and Michoacan continue to wait in long queues in the hope that there will be some gasoline left. Andres Manuel Lopez Obrador has asked for patience as the government works to regularize the services again, amidst reports fearing the shortage could soon start affecting food stocks and business profits.