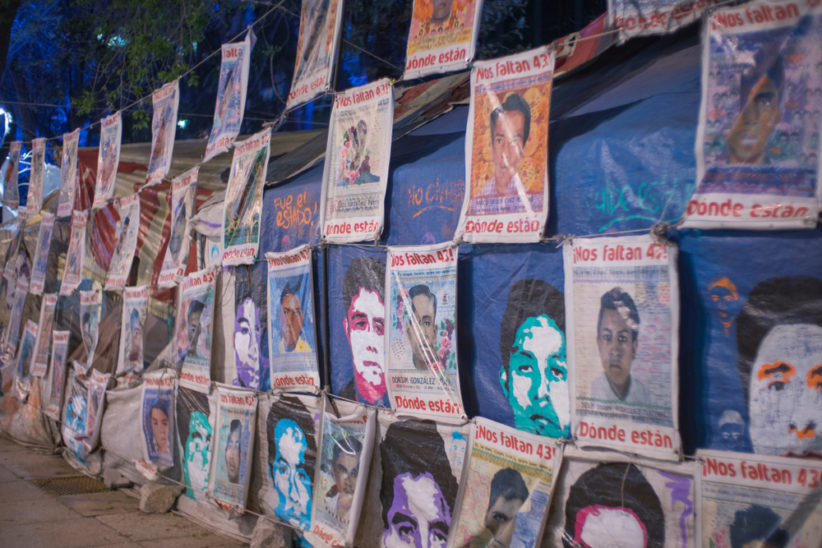 It has been over four years since the disappearance of 43 students in what has become known as the Ayotzinapa case. Since the event, families have relentlessly continued the search for their loved ones amidst ongoing claims that little has been done by authorities to help them.

The circumstances surrounding the disappearance of the students has been heavily criticized by the international audience. Branded a crime against humanity, the disappearance and apparent cover-ups from leading players called into question the former government’s ability to control crime in a country rife with corruption. In March of this year, the UN accused Mexico of torture in the aftermath of the disappearances and inadequate answers to the events, and the most recent accusations against how the case is being handled points to even more corruption occurring from within the Mexican governmental system.

Although at this point the investigation continues, the whereabouts of the students’ bodies, who are believed to have been handed over to an organised gang by authorities, also remains unknown and little closure has been brought to the community still mourning their loss.

Yesterday, reported independent Mexican outlet Animal Politico, a step in the direction of truth was finally made following a judicial ruling which allowed the creation of a special Truth and Justice Commission for the case. The decision was made by the First Collegiate Court of the Nineteenth Circuit, in which the unanimous vote justified that the commission was necessary. Marking a success for the families and lawmakers, it also came off the back of a former ruling by the Court of Tamaulipas which had claimed it was legally impossible to create the Commission.

According to details released about the decision, the Nineteenth Court ruled that in fact, the investigation is not exclusively in the hands of the Public Ministry, which means that the Commission can be created. Going forward this means that the incoming government, set to assume power in December, might have the opportunity to launch the Commission and define themselves as fighting corruption by bringing the involved officials to justice.

It is common knowledge amongst local campaigners that the Mexican government appears to have fervently attempted to stop the progression of this case. Hundreds of legal documents have been signed in an attempt to stall the creation of this special commission, and speculation continues about whether police and even government officials were involved with the violence and suspected killings.

Between December 2012 and June 2018, there were 11,268 kidnappings officially reported in Mexico, and a number of these were victims of criminal gangs who demand a ransom for a person’s return. According to a 2017 report by the Registro Nacional de Datos de Personas Extraviadas o Desaparecidas (The National Registry of Data of Lost or Missing Persons), between the years 2009-2015, irregularities were also detected in the investigations of missing persons due to investigative and police failures. Although these figures relate to more than just gang-related forced disappearances, Mexico’s attempts to reduce narco-trafficking and the violence surrounding it have stagnated and the police force’s ability to solve cases sometimes appear to be marred with suspected corruption. Police have been implicated in recent kidnapping cases such as that of when police were charged with selling three Italian men to an organised gang before disappearing earlier this year.

To add to this, just today Animal Politico also reported that August of this year had been the bloodiest month in the last twenty years of Mexico’s history. Speculation remains whether the incoming government will be strong enough to make a much called for change.