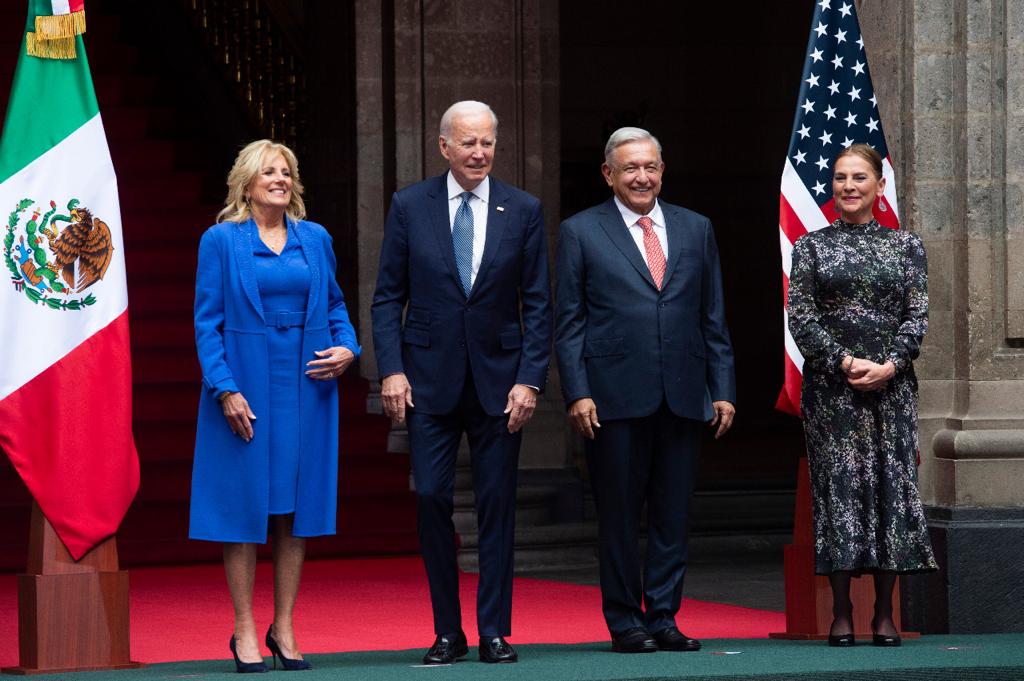 According to a readout of the meeting issued by the Whitehouse, one of the core points of their conversation was climate commitments, investments in renewable energy, and opportunities created by North America’s clean energy transition.

Specifically, the dialogue addressed the commitments made by the administration of López Obrador at the UN Climate Change Conference (COP27) in Egypt last November, who pledged to cut the emission of polluting gasses in Mexico by 35%.

Regarding clean energy investment, Mexico has already pushed for Canadian and U.S. involvement in extracting and processing lithium found in Mexico’s northwest and developing renewable energy such as solar energy.

Regarding border security, President Biden noted the need for a joint effort to combat the fentanyl “plague,” which, according to the U.S. leader, has claimed the lives of over 100,000 Americans thus far.

Furthermore, both presidents reaffirmed their interest in irregular migration in the North American region, where President Biden discussed his current policy, which limits entry into the U.S. to up to 30,000 migrants from Cuba, Haiti, Nicaragua, and Venezuela.

Biden’s policy has been recently upheld by López Obrador, who has channeled resources and military manpower to guard Mexican borders to curb migration flows into the U.S.

Irregular migration has turned into a joint effort between the two countries, with Mexico holding migrants barred from entering the U.S. and López Obrador criticizing inadequate attention to the region.

To tackle the root causes of illegal immigration, López Obrador asked his U.S. counterpart to ramp up efforts towards the economic development and integration of Latin America into the rest of the Americas region.

“It is time to end this oblivion, this abandonment, this disdain for Latin America and the Caribbean,” said López Obrador.

As an example, López Obrador pointed out that then-President John F. Kennedy launched the “Alliance for Progress” initiative. This ten-year program looked to offset socialist movements in Latin America, where the U.S. government funneled USD $10 billion (USD $82 billion today, adjusted for inflation) in the region.

According to López Obrador, the 1961 program has been the “only significant thing that has been done in terms of development cooperation on our continent in more than half a century.”

As a response, President Biden said that the United States provides more foreign assistance than any other country to the world.

“I wish we could focus on just one region, but we focus on multiple regions, and this is what we have to work on. I feel confident that we can do much more in the coming years,” said Biden