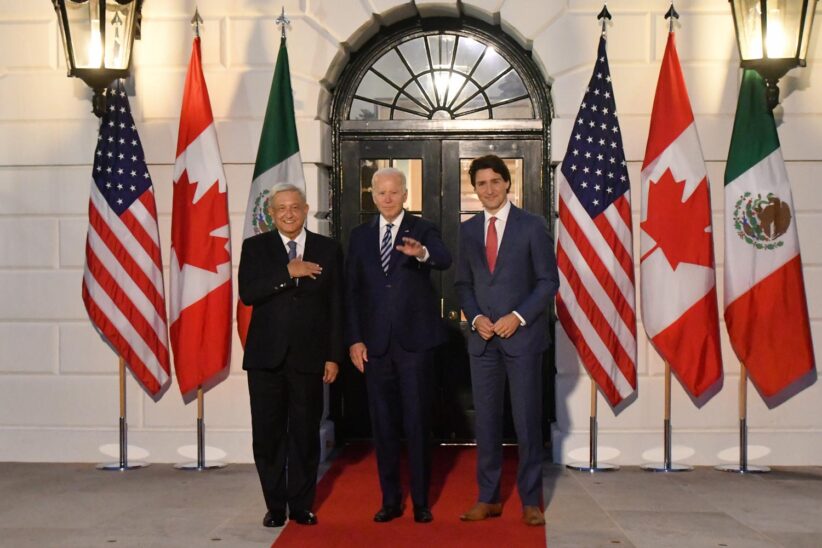 President Andrés Manuel López Obrador announced he is looking to draw investment from the United States and Canada to produce lithium batteries and renewable energies in northwestern Mexico.

The project to exploit the lithium found in the Sonoran Desert is part of the renewable energy development initiative called “Plan Sonora,” launched by the president this year.

“Plans are being made to finish resolving the concessions,” López Obrador said during a November 14 press conference. “It is decided that lithium already belongs to the nation … There must be an association between the public company and the private parties, and we do not want the lithium to be taken out of Sonora,” he said, referring to the Mexican state that borders Arizona and New Mexico.

Plan Sonora  seeks to develop renewable energies, such as solar energy in Mexico’s northwest region, and to begin developing the abundant lithium in the area, specifically to be used in batteries for the automobile industry, through a public company.

The government plans to launch an initiative “to see which U.S. and Canadian companies will participate” on the condition that the minerals, and the factories that produce batteries from them, remain in Sonora.

According to the U.S. Geological Survey, Mexico ranks ninth in global lithium reserves, amassing 1.7 million tons of the coveted mineral.

“The lithium stays in Sonora, that is to say, the raw material, the mineral. A commitment is going to be established to create the plants for the manufacturing of batteries in Sonora. Those batteries will be used only in automotive industries that are installed in Sonora,” López Obrador said.

Since its announcement in August 2022, the federal government has considered Plan Sonora as a source of infrastructure improvement in the region and a pathway to strengthen the integration of Mexican development into the U.S. economy through the USMCA trade agreement.

Initially, the project proposed establishing a “solar energy generation park,” which foresees the construction of five solar plants in both the states of Sonora and Baja California.

A 279,000-panel solar plant is currently under construction in the city of Puerto Peñasco, Sonora. To date, the power plant has entailed an investment of USD $497.7 million, with the construction carried out by Mexico’s state-owned energy company, the Federal Electricity Commission (CFE).

The plan also looks to expand the power grid towards the northern border and supply the U.S. with clean energy produced in Mexico.

At his press conference on November 15, López Obrador explained that the project is currently seeking the cooperation of President Joe Biden’s government in the construction of the five plants, provided two conditions are met:

First, the rates derived from U.S. loans must be lower than the current commercial rates, and the CFE will act as the majority shareholder for the five solar plants.

López Obrador expects the Biden administration to commit USD $5 billion in investment over the next two months.