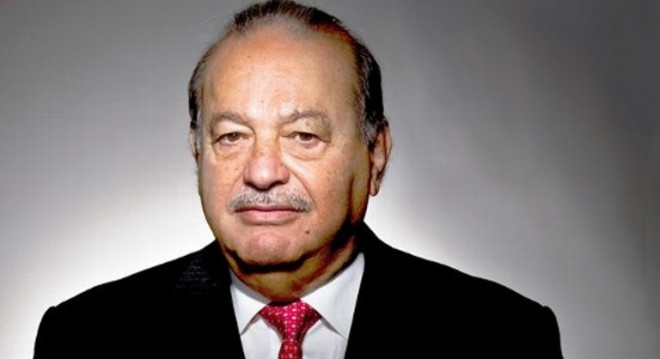 If you pointed at a shopping centre, a telecom tower, and a commercial building in Mexico, the chances are they are owned by the same man. The richest man in Mexico, Carlos Slim Helú is a man known for the great wealth he has amassed, the big buildings he has built, but also for his philanthropy.

With his conglomerate, Grupo Carso, Slim has extensive holdings in a substantial number of Mexican companies, which are spread in domains such as education, healthcare, industrial manufacturing, transportation, real estate, media, energy, hospitality, entertainment, high-technology, retail, sports and financial services. Accounting for 40% of the listings on the Mexican Stock Exchange, the billionaire’s net worth is at par with around 6% of Mexico’s Gross Domestic Product (GDP).

Born on January 28, 1940, in Mexico City, to Lebanese Maronite Catholic parents Julián Slim Haddad and Linda Helú Atta, Slim showed an early interest in business. Slim learnt finance, management and accounting from his father. Till this date, Slim practices skills like reading financial statements and the significance of keeping accurate financial records, which he learned from his father.

Investing in a government savings bond at the age of 11, buying his first stock at 12 in a Mexican bank, earning 200 pesos a week working for his father’s company, Slim showed all the signs of a tycoon.

A civil engineering major from the National Autonomous University of Mexico, Slim also showed a love for economics. While studying civil engineering at the university, he side-by-side taught algebra and linear programming. Later, Slim admitted that his math skills gave him an edge over others in the business world. By the time Slim was 25, he had traded his way to a net worth of USD 400,000, the current equivalent of more than USD 3 million. He invested the capital for his brokerage firm, Inversora Bursátil.

During the peso crisis of the early 1980s, Slim saw his chance to rise. As oil prices fell, capital was becoming scarce in Mexico. At the time, Slim purchased several companies, such as Cigatam, Reynolds Aluminum, General Tire, and the Sanborns chain of stores, at throw-away prices.

However, the majority of Slim’s fortune is based on telecommunications. When Telmex, Mexico’s old telephone monopoly, was privatized by the government, Slim was one of the initial investors, and soon took over. By 2012, Slim’s mobile telephony company, América Movil, had completely engulfed Telmex, turning it into a private company. Now, the company holds 70% of the mobile phone line market and 80% of the landlines in Mexico. Though given Mexico’s new anti-monopoly regulations, the company is planning to sell its market share to bring it down to less than 50%.

Slim believes in the telecom industry. Most of his philanthropic work in Mexico has centered on enabling access to broadband and Internet. In May 2012, the Carlos Slim Foundation donated USD 3 million to the private-public partnership Connect2Compete, which provides discounted high-speed Internet access to Latino families residing in the US.

At the time, Slim projected that Information and Communication Technologies (ICT) will be responsible for creating several jobs. He told Forbes, “By 2015, we need to give broadband access to all through landline or mobile at home and work and in public digital libraries.”

US President Donald Trump’s win in 2016 saw Slim’s fortune deplete from an estimated net worth of USD 51.7 billion to an estimated USD 45.2 billion according to Forbes Real Time Billionaire Ranking. The drop in his fortune ousted Slim from the world’s 6th richest person to the 7th richest.

However, in 2017, the Forbes Billionaires 2017 rankings pushed Slim to 5th position, after he became USD 7 billion richer, making him the biggest dollar gainer among the top 10 billionaires.

Known for his strategy of buying distressed companies and turning them around, Slim has gained most of his fortune because of a sharp sense of business than any special skills in a particular area except maybe the skill of handling government policy to his own advantage.

Arrest made in connection to Mexico City school collapse