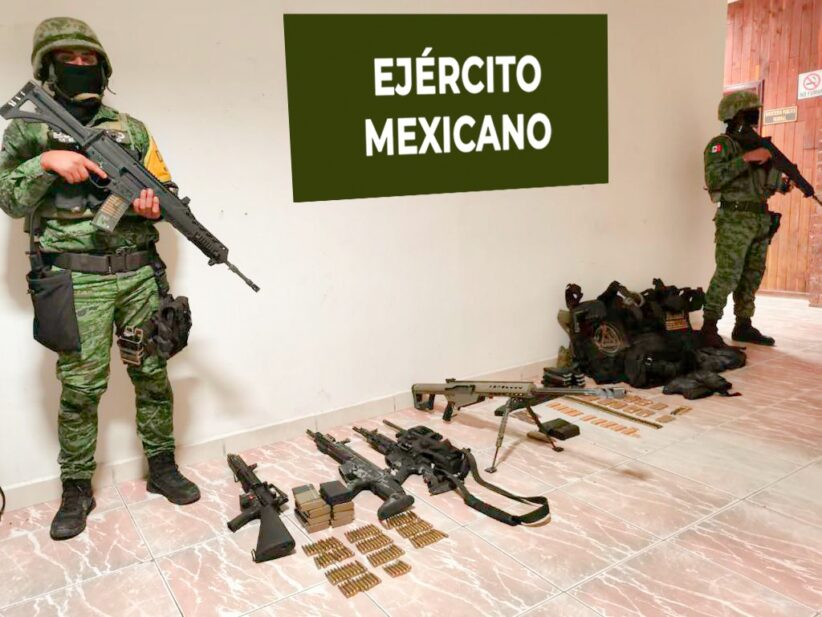 Following the massacre in San Miguel Totolapan, in the State of Guerrero, in which 20 people were killed including the town’s mayor and his father, the warring criminal groups behind the bloodshed promise more violence.

On October 5, authorities of San Miguel Totolapan in Mexico’s southwest reported one of Mexico’s deadliest shootings, in which criminal groups carried out successive attacks on the town’s city hall as well as public streets and private homes.

In the aftermath of the massacre, 20 people were killed, including Mayor Conrado Mendoza Almeda, his father and ex-mayor Juan Mendoza Acosta, police officers, and city hall workers.

In a press conference, the Undersecretary of Public Security, Ricardo Mejía Berdeja, explained that the violent episode resulted from a longstanding conflict between criminal organizations active in the region.

“The event takes place in a criminal context between illicit groups. For some time in that region, there was a group known as Los Tequileros, dedicated to the transfer and commercialization of poppy [the plant from which heroine is dervied], but they were also dedicated to kidnapping, extortion, and perpetrating several murders and disappearances in the region,” said Mr. Mejía. “The conflict could be with La Familia Michoacana,” he added, referring to a larger drug cartel from the state of Michoacán which split off from the Gulf Cartel in the early 2000s.

The Tequileros became known in the region in 2013 when they began their criminal activities, which included kidnappings, extortion, and murders.

With the municipality of San Miguel Totolapan being one of its primary areas of operation, the criminal group saw an increase in its power locally through 2016. However, they suffered setbacks after their leader, Raybel Jacobo Delmonte, was killed by Mexican authorities in 2019.

Led by the brothers, La Familia Michoacana exerts great control within the criminal underworld and the Mexican economy in general, who reportedly control the prices of basic commodities such as pork, tortillas, eggs, tomatoes, chicken and construction materials.

The dispute between the two criminal gangs took a new turn when a video of Juan Hurtado Oloscuaga (El Fresa) condemning the shooting surfaced on social media hours after the massacre. Blaming Los Tequileros for the killing, Mr. Hurtado claimed he was one of the main targets of the attack.

Sporting a Gucci t-shirt and a luxury watch reportedly valued at USD $40,000, Mr. Hurtado said his rivals rushed to fire their weapons before the capo entered the building where he was supposed to attend a security meeting with the late mayor.

In the video, Mr. Hurtado said that “close family” died, saying that after the events, he gave the order to kill those responsible for the shooting.

“I was very upset about what happened, and the truth is that we didn’t leave a single bastard alive. I decided they didn’t even deserve to be buried … because they overdid it by going into that town, a peaceful town,” said Mr. Hurtado in the video.

The video, which Mexican authorities have reportedly verified, ends with Mr. Hurtado threatening to go after the rest of the leaders of Los Tequileros.

In a second video published shortly after Mr. Hurtado’s, armed men wearing masks identifying as Los Tequileros denied Mr. Hurtado’s accusations, pinning the blame on the leader of La Familia and saying it was Mr. Hurtado who cornered the mayor and his men to execute them.

“Fucking ‘Fresa,’ you are a cowardess bastard, along with your fucking brother El Pescado. You don’t have the fucking balls to take responsibility for your cowardice in San Miguel. Yes, ‘Los Tequileros,’ we are no longer as hot as you say in Totolapan and other towns, but we are not so cowardly as to kill so many innocent people,” said one of the masked men in the video.

In the second video, the masked men assure that Mr. Hurtado’s accusations are false and only seek to deceive the victims’ families. Furthermore, they promised to remove La Familia Michoacana out of the region.