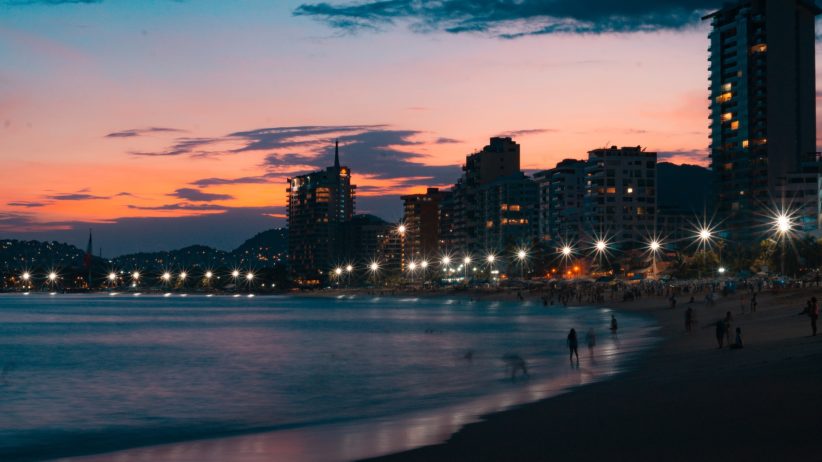 For many citizens in Mexico, the beachside city of Acapulco, Guerrero, has become notorious in recent years for the swathes of deadly violence that consume it. It sits in a state dogged by cartel control and is believed to be a port where many narcotics set sail for the United States.

Despite skyrocketing crime levels, the high rise hotels that line the beach, in fact, attract countless visitors each year and for the many more expatriates that live in the city, the full scope of violence goes somewhat under the radar.

Dubbed Mexico’s murder capital, however, it ranks as having one of the highest murder rates per capita around the world.

The two worlds have since collided after the murder of American national who went by the name of John Galton on Friday, February 1. According to reports, Galton, who was in his 20s, was shot dead at his home on Friday and is believed to be the deliberate target of the attack. Considered an anarchist, the dreadlocked man had been holding seminars on cryptocurrency within the city and ‘meat ups’ where attendees consume just meat. It has also been revealed that he had previously fled the United States following drugs charges. According to the Associated Press, the attack has sent ‘shivers’ through the anti-establishment community of foreigners living within the city.

According to witnesses, a group of men stormed what has been described by the Washington Post as a cannabis greenhouse and shot both Galton and another man named Jason Henza, who survived the attack. Both Henza and Galton’s girlfriends posted videos after the attack calling for help.

Galton appears to have made a somewhat prominent name for himself, particularly in anti-establishment circles within Mexico. As well as founding Anacharforko, a conference aimed at encouraging off the grid living, Galton and his girlfriend had previously been filmed for a video on the Youtube channel Press For Truth and played an active role in teaching people how to use cryptocurrencies.

“I’d say it’s safer than any big city I’ve lived in in the U.S., like way safer than Chicago or something like that,’’ Galton is heard saying in another Youtube video. Since allegedly fleeing from facing five felonies for drugs charges, the couple had lived in Villa Hermosa, paying US$300 a month for their home.

Since the attack, authorities have launched an investigation, however, no motive has been determined as of yet.

Despite tidal waves of violence that appear in headlines about Mexico, in comparison to local Mexicans, tourists are left relatively alone and away from organised crime. Some of the most prominent incidences that do involve foreigners are the disappearance of three Italian men, two cyclists from Poland and Germany found murdered in a ravine, and U.S teacher Patrick Braxton-Andrew who was murdered by a member of the Sinaloa Cartel. This however, sadly, pales in comparison to the reports of violence in lesser known areas and local residents caught up in such activity.

Whether Mexico is a dangerous place for tourists is certainly up for debate, but Galton’s murder certainly intensifies the spotlight on violent attacks within the country.

#EllosHablan: An anatomy of violence and machismo

Latin America’s largest solar panel installation is in Mexico, but what is the future for renewable energy?