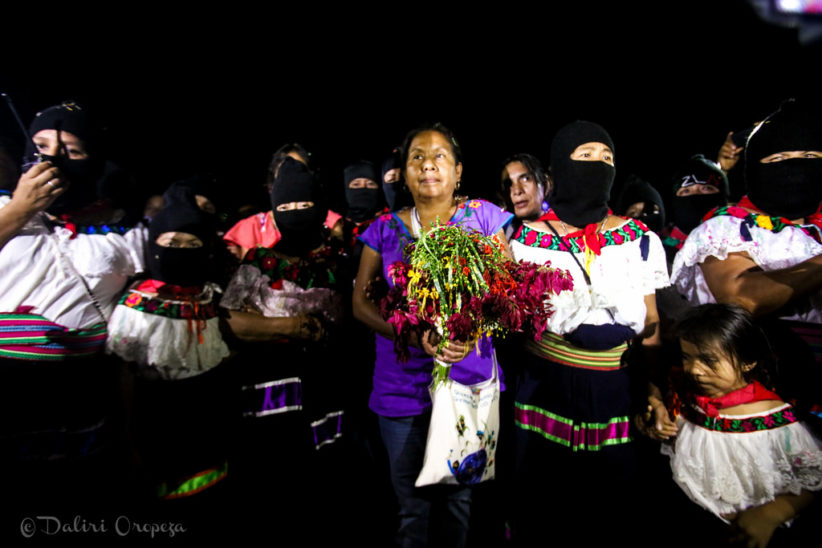 The leader of Mexico’s Zapatista movement has come forward to state that he doesn’t believe the incoming government is as progressive as many around the globe believe.

Although Andres Manuel López Obrador had secured support from a number of left-leaning organisations and movements, the Chiapas-based Zapatistas have both distanced themselves from the incoming government and now publicly spoken about the results of the recent election.

In a recent statement from the Zapatista Subcomandante, who goes by the name Galeano, the leader suggested that ‘the system’ selected the most efficient of the candidates up for election. The speech, which was delivered at the start of this week, claimed that people were mistaken in thinking that the new government will bring about true change, according to Mexican news outlet Processo.

The Zapatista Army of National Liberation (EZLN) commonly known as The Zapatistas, is a leftist political and social movement that started in the Mexican state of Chiapas. Active since 1994, the movement is renowned for its signature black balaclavas and defined by revolutionary tendencies, though this identity has become somewhat softened in recent years. Although the Zapatista movement led to the creation of several autonomous regions and raised considerable awareness of indigenous rights, no real concessions have ever been provided by Mexico’s governments. Poverty levels and the quality of life in the Chiapas still remain considerably poor and violence is rife, and the Zapatistas have become an emblem of leftist thought across the globe; which one might assume would align with the incoming Morena party.

The organisation’s criticisms, in fact, challenge a number of the new government’s proposals and policies.  The main projects of López Obrador, Galeano stated: “are going to destroy the territories of the original peoples: the million hectares in the Lacandona, the Mayan Train, or the corridor of the Isthmus that they want to make, among others”.

As well as raising awareness for the potential dispossession of a number of indigenous peoples in Mexico, the Subcomandante also highlighted that the recent election merely allowed for pressing issues such as kidnap, organised crime and femicide to be of diminished importance whilst politics presided in the media. He further criticised AMLO as eventually siding with big business and not fulfilling his promises to Mexico.

‘’His frank empathy with the Donald Trump government is already a public confession. His ‘honeymoon’ with entrepreneurs and large capitals is represented in the main posts of his cabinet and in his plans for the IV transformation.’’

According to the BBC, AMLO has attempted to reach out to Chiapas organisation by trying to establish contact with Committee-General Command of the group. Since the election he has further sent messages of reconciliation and promised to uphold the San Andrés Accords on Indigenous Rights and Culture. It had previously been reported however that AMLO had called out the EZLN’s actions as a political stunt.

It is believed that prior to the election, the EZLN had also come forward anticipating a degree of corruption and electoral fraud to prevail throughout the voting process. This week’s statement offered an apology for those claims and the admittance by Galeano that he was wrong to an extent. Nevertheless, he still believes that the system has not provided the real change that many among the nation hope for.

Underground drug tunnel from Arizona to Mexico discovered in a KFC