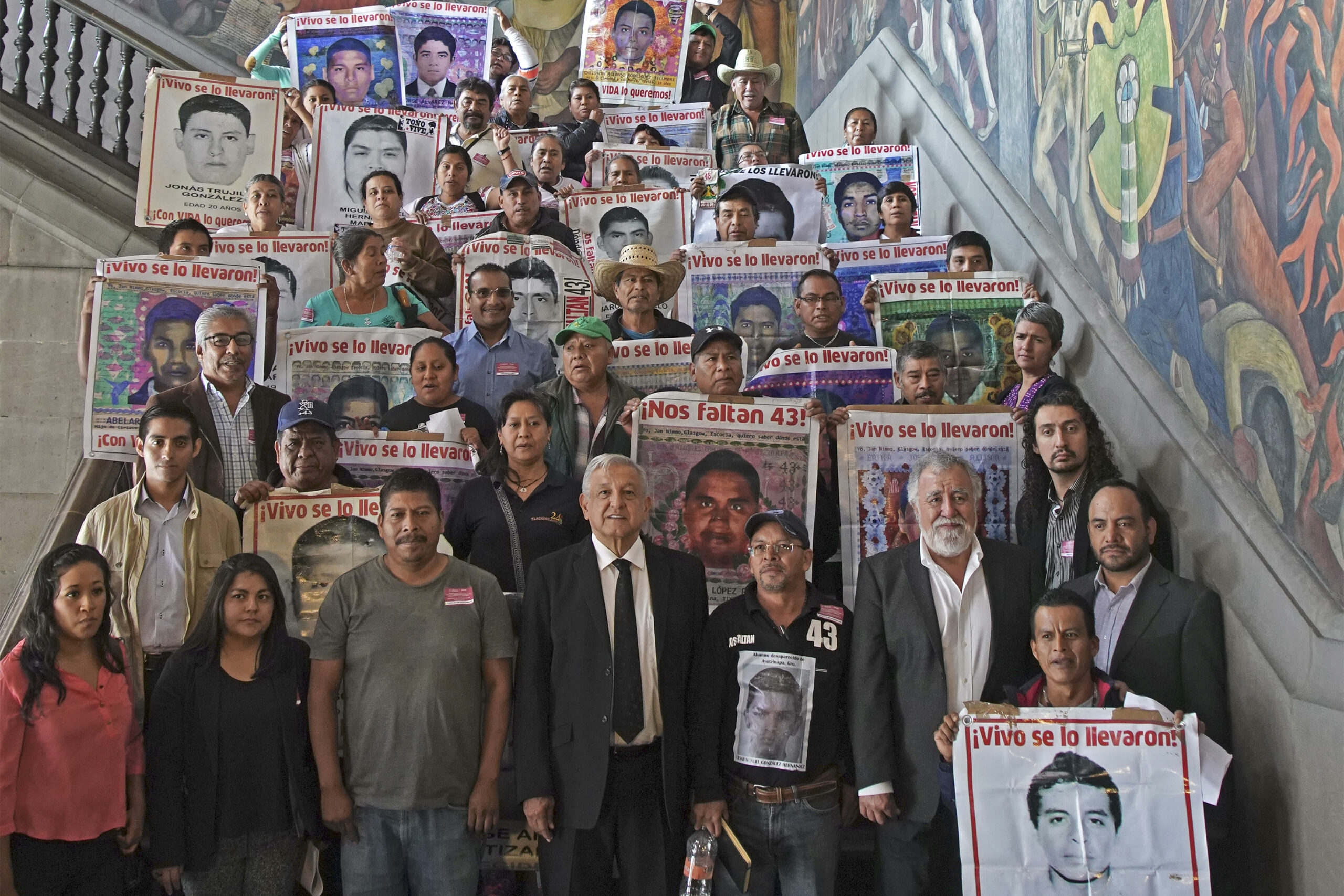 Following the recent investigation into the disappearance of 43 students in the state of Guerrero in 2014, Undersecretary of Security, Ricardo Mejía Berdeja announced the arrest of General José Rodríguez Pérez for his alleged involvement in the mass disappearance.

The arrest follows the latest findings about the night of September 26 and the early hours of September 27, 2014, when criminal groups, in collusion with Mexican authorities, attacked and disappeared a busload of students on their way to a demonstration in Mexico City.

In 2014, Mr. Rodríguez Pérez was commander of the 27th Infantry Battalion of Iguala, responsible for handing the students to the criminal organization, “Guerreros Unidos,” which disappeared them.

At a press conference, Mr. Mejía Berdeja, said that the Mexican prosecution issued four arrest warrants for  military officials involved in the case, including Mr. Rodríguez Pérez. Three of the officials have been apprehended thus far.

According to the Undersecretary of human rights Alejandro Encinas, who is leading the special commission investigating the case, the investigation showed that Mr. Rodríguez is responsible for the murder of six of the 43 missing students.

“The six students were allegedly alive until four days after the [kidnapping] and were killed and disappeared on the orders of the colonel, allegedly then Colonel Jose Rodríguez Pérez,” said Mr. Encinas.

Mr. Rodríguez Pérez, who allegedly ordered the execution and disappearance of the six students to erase evidence of their murder, was promoted to General in 2015.

The latest arrests add to the wave of capture warrants issued by Mexico’s Prosecution. On August 19, more than 80 arrest warrants targeting state and federal authorities, the military, and Mexico’s former attorney general were issued.

The Mexican Prosecution issued 83 arrest warrants against 20 military commanders, 44 police officers in the State of Guerrero, five judicial authorities, and 14 members of the criminal group “Guerreros Unidos” for their alleged involvement in the mass disappearance of the 43 students.

During a press conference on August 26, Mr. Encinas described the dreadful events in Guerrero as a crime perpetrated by the State.

“A concerted action of the apparatus of power, from the highest level of government in the country, which concealed the facts, altered the crime scenes, hid the links of authorities with the criminal group and their involvement with state agents,” said Mr. Encinas.

The Commission for Truth and Access to Justice in the Ayotzinapa case, as the massacre has come to be called, was one of President Andrés Manuel López Obrador’s campaign promises in 2018, pledging to find the truth and achieve justice for the Mexican people.

The commission so far was able to contradict the previous official rendition of the events as presented by the past administration in 2015. The panned “historical truth,” as it was labeled, was allegedly fabricated by torturing local criminals and tampering with evidence to cover up the involvement of federal authorities in the case.

As a result, the former attorney general and author of the so-called historical truth, Jesús Murillo Karam, has been arrested for the charges of forced disappearance, torture, and hindering justice in the Ayotzinapa case.

Evidence that backs accusations of torture that took place in the 2014 inquiries of witnesses, which gave way to the historical truth, led a judge in the State of Tamaulipas to free 77 alleged culprits because their accounts of the crimes were made under torture.

In a turn of events, on September 14, the former mayor of Iguala, José Luis Abarca, who was accused of giving the order to disappear the students, was acquitted by the same judge that absolved the 77 tortured inmates.

Mr. Abarca’s acquittal was met with controversy, with Mr. Encinas calling it an act of “unfortunate impunity.” The human rights advocate will appeal this decision with Mexico’s prosecution.

The recent events seem to raise more questions than answers to one of Mexico’s most prolific cases of state violence in recent history, with the ultimate fate of the students remaining a mystery.

When asked about the possible whereabouts of the 43 students, Mr. Encinas said, “All the testimonies and evidence indicate that they (the students) were brutally murdered and disappeared.”