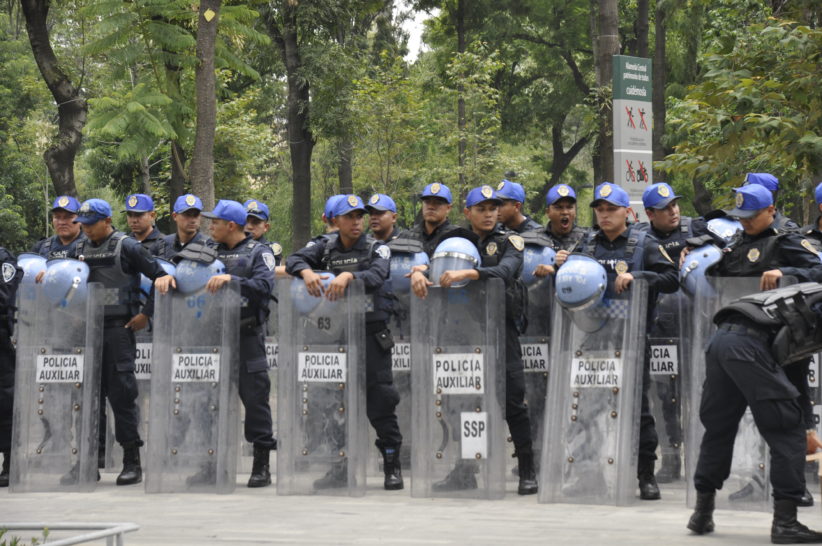 This article was originally featured in Latin America Reports.

Ricardo Flores, 21, was studying law in Jalapa when he went to visit family in the town of Tianguistengo in August of last year.

Assisting his uncle Alberto, 53, in buying construction materials in a neighbouring town, the pair was arrested by local police officers for drinking a beer in public. While at the police station, false news spread through the town and across social media platforms that the two men were child kidnappers and a mob of locals began to gather outside the police station.

Reports vary upon what happened next. Initial statements following the incident suggested that some 100 people stormed the police station and were able to retrieve the two men, however, the Mexican newspaper Sin Embargo alleges that police officers handed the men over to the mob voluntarily.

Despite family members pleading their innocence, the two men were burned alive in the town square as the entire incident was streamed across social media amid mob chants of ‘‘burn the dogs.’’

Since their murder, no evidence has surfaced to point towards the guilt of the men for the allegations held against them, nor has anyone been prosecuted for the participation in their violent, public deaths.

Violent lynch mob culture is on the rise in Latin America. Between January and August of last year there were 15 such cases of public lynchings reported in the state of Puebla alone, and a total of 162 reported across the country.

The alarming number of lynchings in Mexico increased five fold since 2013, reported Excelsior. In Brazil, unofficial counts detailed in the New York Times suggest there is at least one lynching attempt a day — where many of the victims are tied to posts resembling the forced positioning of African slaves some 200 years earlier. In the first five months of 2017, there were 60 lynchings within Venezuela at the time when many feared that mob violence was on the rise. Reports in Colombia cited a study by the National University that reveals that there is on average one lynching in Bogota every three days.

It is only through thorough NGO research and collections of local news reports that it is possible to identify an approximation of how many deaths of this kind occur with what frequency.

Despite an alarming growth in lynching and the desire to bring immediate “justice” to a crime before police arrive on the scene, the nature of mob culture is mainly located in rural areas where many more cases go unreported. What’s more, governments do not collect data on lynchings that take place, nor does  Human Rights Watch record the occurrences. This paired with a growing hostility towards the press in Latin America leads to gross under-reporting.

Countries known to be struggling with a growth in homicides also most prominently display local news reports of lynchings. While no official documentation exists, there were nine reports of attempted and successful lynchings carried out in the State of Mexico, in which Mexico City is located, in the last two months alone. Last year the country broke records for the amount of annual homicides, totaling a grizzly 28,816 deaths.

Mexico has the fourth highest impunity rating in the world, and the highest in the country also goes to the State of Mexico, where last year’s global impunity index concluded that 80 percent of crimes are not brought to justice. Similarly in Brazil, in 2015 prosecutors filed charges against just 12 percent of homicide cases, a recent study by the Instituto Sou da Paz reports.

With over 40,000 missing people within Mexico, state police have become a symbol for corruption and disregard for the law as a result of cases such as the Ayotzinapa 43, where 43 student teachers were disappeared four years ago. It is a commonly held belief that it is this police to have been involved with handing them to crime groups.

Vast failures within policing have led to proposed reforms and the creation of the country’s National Guard, however, distrust of officials continues to run deep. Many lynchings take place before police can arrive on the scene as a means of serving a harsh punishment that would otherwise not be carried out. Furthermore, according to a 2012 United National Development Program survey, one third of Latin Americans surveyed would support violations to the rule of law if it meant preventing further crime.

In Brazil, where, according to President Bolsanaro ,‘‘a good criminal is a dead one,’’ failure to protect citizens from criminals and staggering impunity levels have also led to a growth in citizens taking action.

Impunity also takes a more menacing streak when looking back to the case of the Flores pair. Many cases, in fact, detail the mob breaking into police offices to take control of the accused which suggests that either police security is ineffective or the police were directly involved with the mob justice.

On March 8, Dairon Córdoba Martínez was brutally attacked after being accused of stealing from a store in Medellin, Colombia. The youngster was eventually exposed for the attempted theft, but not before all major news outlets denounced the attack.

Just six months earlier, a mob of 100 people descended upon a house in Bogota where attackers believed ‘Venezuelan thieves’ lived. Yet another brutal attack, Maikel Eduardo Mares Mabello died during the violent altercations and to date no-one has been charged with his murder. Six days later, two other migrants were victims to an attempted lynching, reported El Tiempo.

Last year the body of Canadian traveller, Sebastian Woodruffe was found in an unmarked grave after locals accused him of killing a local shaman in a remote Amazon region of Peru. And last month, fourteen police officers were hospitalised when attempting to save a man from a public mob close to Mexico’s capital.

There is little connection between cases that continue to arise across the continent except for an increase in visibility and little, if any, justice for these victims. The irony is that people involved with lynchings are seldom punished which, in turn, suggests that public mob behaviour is acceptable.

Social media certainly contributes to the speed at which mobs gather, and videos spread across Facebook and Whatsapp could have the potential to work against the ‘ring of silence’ that lingers within entire communities implicated in public murders. That would be the case, at least, if effective penal systems were in place.