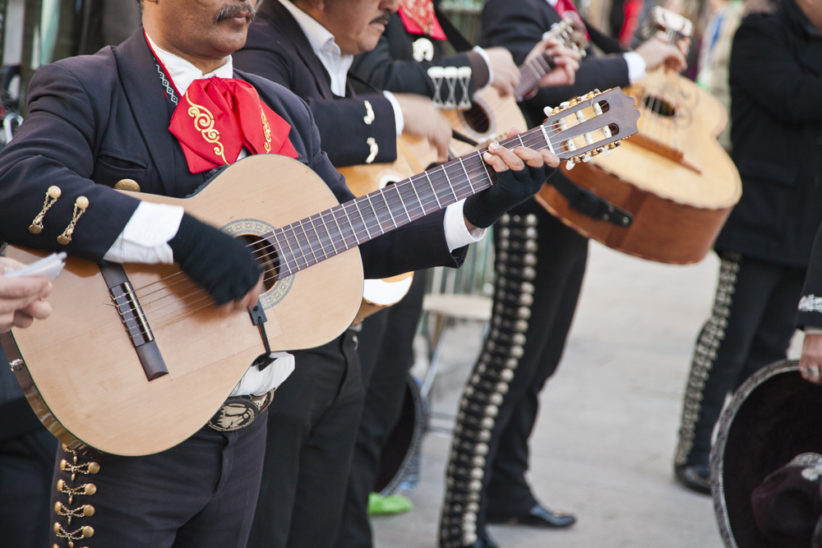 Five people were shot dead close to Mexico’s thriving Garibaldi Plaza on Friday evening amidst the country’s independence day celebrations. The five assailants, who arrived on motorbikes, were dressed as Mariachi musicians and are believed to have been hitmen involved with a bitter organised-gang rivalry.

In what has been dubbed by Mexicans United Against Delinquency Director, Lisa Sanchez, a ‘piercing portrait’ of Mexico, it was in the heat of Friday night celebrations amongst locals and tourists that a hail of gunfire filled the Mexico City square. At the time of the attack, there were a number of mariachi bands performing across the square and celebrations were in full swing.

According to the city’s prosecutors office, three people were killed at the scene and two later died in hospital as well as several others receiving serious injuries. Amongst the dead, it has been revealed, were two sisters who ran a food store in the square, but so far it remains unclear whether the suspected gang member targets were injured or killed in the attack.

Videos have since emerged of the attack and well-planned escape route used by the killers, as well as a video of a musician continuing to play La Cucaracha, Mexico’s civil war anthem, on a harp whilst shooting resonates in the background. Musicians also continued to play throughout the police investigation at the crime scene.

Since Friday’s attack, a full investigation has been launched into the shooting and two people have been brought in for questioning over the weekend.

It is believed at this point that the intended victims of the shooting were members and the leader of a city mob called the Anti-Union Force, who had been seeking to solidify their hold over criminal activities in the centre of the city. The five hitmen, known as sicarios, have since been linked to the Union of Tepito gang and have been seen in a number of videos as dressed in the trousers and jacket famous of mariachi musicians.

The attack has sent shockwaves across the capital city due to the violent nature of the planned attack and complete disregard for life in the bustling tourist hotspot. It comes amongst increased murder rates nationwide due to bitter gang conflicts and kidnappings that have instilled a larger element of fear across the country due to the random nature of attacks.

Following Friday’s shooting, the Los Angeles Times highlighted a statement made by incoming President-elect Andres Manuel Lopez Obrador that reinforced his election pledge to focus on a new security plan which will address the continuously growing crime rates across the country. The plan is set to be revealed by the Morena party next month, just two months before AMLO is officially sworn into his presidency.