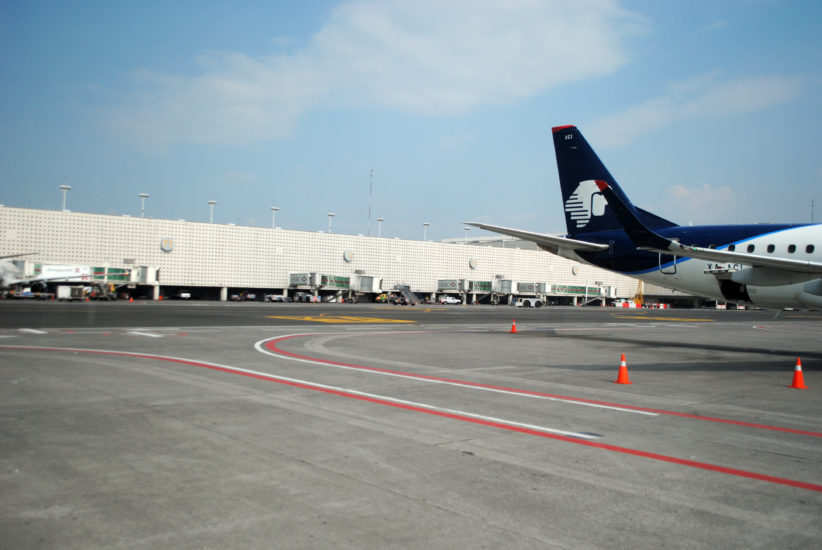 This Thursday, October 25, a consultation begins on the future of Mexico’s new international airport. It follows months of ongoing disputes regarding whether the location of the half-built airport should be relocated, regardless of the costs this would require.

A total of 1,073 consultation tables will be organised in the next few days across all 32 Mexican states, reports Animal Politico. Accessible for anyone over the age of 18, it will allow for citizens to provide a final vote on whether they want the airport to move or not, and the outcome will then be taken into consideration by the incoming government.

The debate refers to uncertainties about a new international airport construction at Texcoco, or an alternative option to build new runways at the current international airport at Santa Lucia. Both options have a plethora of pros as well as cons. The current NAIM location is close to Mexico City and work is already underway, however, environmental impacts and total construction costs have yet to be fully encompassed. The Santa Lucia option has already pointed to lower construction costs, however, airline expenses would rise to factor in two separate runway locations and the current project would, in turn, face substantial financial losses to change the site.

According to local reports, in the run-up to the election, López Obrador had opposed the building of the airport and supported organisations such as the FPDT citing that the new build did not benefit Mexican civilians. Instead, the airport has been deemed by the protestors as benefiting the interests of the business elite.

The group further pointed out that the new construction will involve massive amounts of ‘ecocide’ within the valley such as the deforestation of current reforestation projects, and they claim that not enough study has been conducted on the environmental impacts on surrounding areas. In essence, the protesters are campaigning to protect the location for future generations of Mexicans to enjoy. Despite this, AMLO has since allowed the matter to be submitted for consultation rather than outright support the cancellation of the project, causing an outcry amongst the community.

“We believe it’s time to listen to the people, the organizations, specialists and the citizens unhappy with the construction of the NAIM,” the FPDT was quoted.

The four days of consultation, open from eight in the morning to six in the evening, will be the ultimate decider in ongoing uncertainties about the construction. All information about the two airport options can be found on the Mexico Decide webpage.