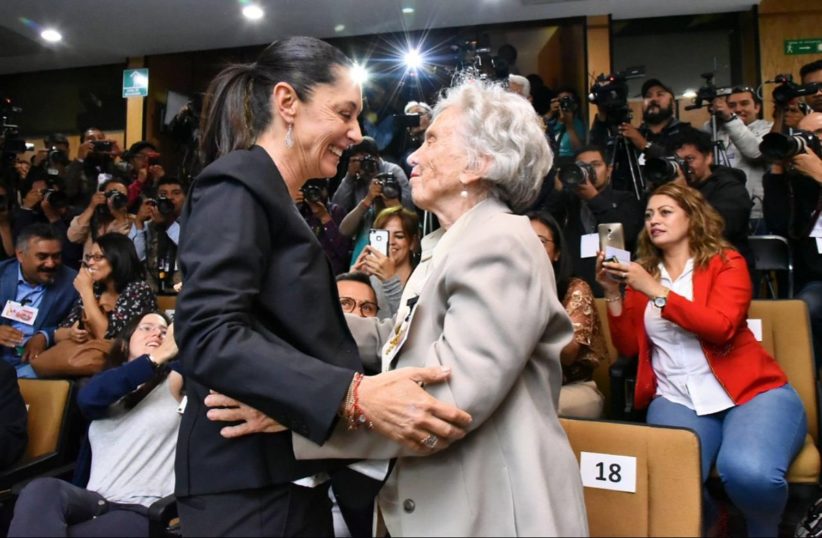 “Mexico City elected female mayor for the first time. Congratulations Claudia Sheinbaum. Now we count 22 women leading the big cities of the world!”, tweeted the Parisian mayor Anne Hidalgo, herself equally being the first women that ever occupied the office.

Among the many historic ‘firsts’ that have marked the sweeping changes of the recent Mexican election, an important achievement is easily overlooked: Never before have so many women occupied political seats in Mexico, a country often associated with conservative gender roles and high level of inequality between men and women.

When the new representative takes office on September 1, it will mean that the Mexican government is the most gender-equal it has ever been.  Globally, Mexico will rank 4th in the world in terms of gender parity in national parliaments; well ahead of countries like the US or Sweden. In Mexican media, the term ‘el año de la mujer’, the year of women, was coined to celebrate what is seen as an important step towards gender equality.

However, 2018 may not only become a symbolic year for the suffrage of Mexican women, but also for their suffering. Last week, the UN expressed its concern over the alarming rates of femicides, commonly understood as the intentional murder of women because they are women.  Only in the first half of the year 402 homicides of women have been registered across the country. Figures of nongovernmental organizations such as the National Citizens’ Observatory on Femicide draw a reality even more dangerous for women than the official data suggests:  According to the last report, between 2014 and 2017 some 8,904 women have been murdered in Mexico.  In other words, according to the organization, approximately seven women are killed in Mexico every day.

The alarming numbers of murders of women are interrelated with the escalation of drug-related violence in the country. Yet a recent report by the Mexican government and the United Nations pointed out that female victims are not just a by-product of the general security crisis. While the majority of male victims are killed by firearms, femicides are often marked by more brutality, including stabbing, beating and strangling. “There hasn’t been a success in changing the cultural patterns that devalue women and consider them disposable, allowing for a social permissiveness in the face of violence and its ultimate expression: femicide”, the report therefore concludes.

Femicides are the extreme of a spectrum of widespread gender violence in Mexico. “The committee remains deeply concerned about the persistent patterns of gender-based violence against women and girls, including physical, psychological, sexual and economic violence, as well as the increase in domestic violence, enforced disappearances, torture and sexual murder, particularly femicide,” says the document released by the UN last week. According to Angel Gurría, Secretary-General of the OECD, some 67% of Mexican women have been victims of gender-based violence.

With more female politicians in power than ever, what are the prospects for more political attention to issues affecting women, in particular protecting women rights? While the newly-elected government is still awaiting inauguration, there are few campaign promises that could be pointed to.

Paradoxically, almost all areas of gender policies have been remarkably absent during the Mexican election campaigns. “The Women, the Great Forgotten” was a title featured in the Mexican Newspaper El País earlier this summer and pointed not only to the topic of surging gender violence, but also the taboos of a political debate on abortion.  Feminists political scientist Sandra Barba believes that political candidates are thinking of women as an “electoral marketing target and not as citizens who demand rights and be able to exercise them”.

The surge of female candidates in the recent elections is the result of a decade of election reforms that have imposed gradually increasing gender quotas. The reforms were pushed by a continuous lobbying effort by women organizations towards gender parity, fighting against the many loopholes and workarounds that parties invented over the last years. Reports of practices to run women in losing districts or forging deals so that women would resign and yield their seats to their male counterparts sparked controversy in the media, until a 2011 landmark case required parties to respect the quota at all costs.

2018 is a landmark year for gender equality, as more female politicians than ever are elected to shape Mexico’s future. However, with the corruption, impunity and cultural patterns connected to gender violence persisting, the battle for the rights of women in Mexico is far from achieved.