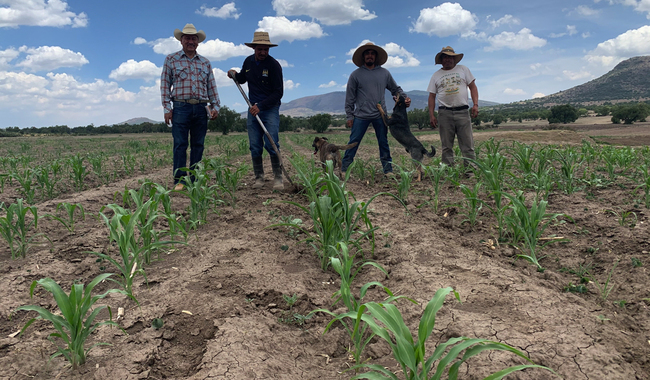 Mexico City, Mexico — Mexico dropped to 42nd on the Global Hunger Index (GHI), down from 23rd in 2019. The index measures perceived hunger levels in countries around the globe.

This year’s index measured 121 countries, taking into account the level of perceived hunger, grading them accordingly from 0 to 100, with the score closest to zero representing better conditions without hunger.

The index is calculated through four indicators:

– Child stunting (the share of children under age five who have low height for their age, a sign of chronic undernutrition)

– Child wasting (the share of children under age five who have low weight for their height, reflecting acute undernutrition)

The level of hunger calculated by the index ranges between low, a score below 9.9, and extremely alarming for countries with a rating above 50 points. Mexico scored an 8.1 on the index in 2022, and 6.2 in 2019.

In Latin America, Chile sits at the top of the index with a score below five points since the year 2000, while Haiti, ranked at 116th place, is scored as “serious” with 32.7 points.

According to the 2022 GHI, the proportion of undernourished people in the population has increased since 2014. Child stunting has also increased slightly since 2014, after having dropped significantly since the early 2000s.

According to data collected by Mexico’s National Council for the Evaluation of Social Development Policy  (CONEVAL) in 2022, 23.5% of Mexico’s population lived in “food poverty.” In addition, by 2018, 881,752 children were suffering from chronic undernutrition in the country.

In a joint statement, the ECLAC, World Food Programme (WFP), and the Food and Agriculture Organization (FAO) emphasized that for the last 15 years, an uninterrupted succession of crises has impacted food production and security worldwide.

The global financial crisis of 2008, economic tensions between the United States and China, the COVID-19 pandemic, and the recent war in Ukraine have presented a relentless disruption in global logistics and production lines.