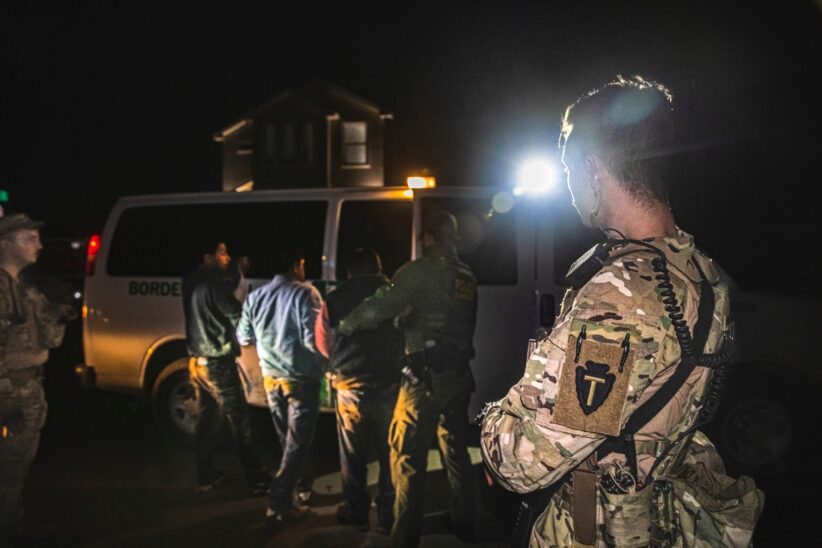 Through his Twitter account, Abbott “invoked” a series of measures to defend Texas from an “invasion,” including labeling Mexican drug cartels as foreign terrorist organizations, building a border wall, and ramping up anti-migration efforts.

Through a press release, Mexico’s Foreign Ministry condemned the Republican Governor’s call for “invasion clauses,” which will seek to deploy federal forces along the Mexico-U.S. border while strengthening border security.

“The Government of Mexico rejects the measures announced today by the Governor of Texas, Greg Abbott, regarding the involvement of state authorities in immigration and border control actions between Mexico and the United States of America,” the statement read.

In addition, the communique noted  that all matters regarding immigration laws, border control, and the negotiation of international agreements are exclusive to the federal government, meaning all dialogue between both countries is carried out only at that level.

According to the press release, issued shortly after Abbott’s tweet, the measures announced by the Governor, have political purposes.

At a press conference, Mexican President Andrés Manuel López Obrador also addressed Abbott’s actions.”He should be told Mexico’s foreign policy is not directed by local governments but by the Federal government,” said the Mexican leader.

On November 16, Abbott issued a letter to President Joe Biden emphasizing the urgency of the alleged migration crisis in Texas’ territory while blaming the Biden administration for its lax migration policy.

“Two years of inaction on your part now leave Texas with no choice but to escalate our efforts to secure our State. Your open-border policies, which have catalyzed an unprecedented crisis of illegal immigration, are the sole cause of Texas having to invoke our constitutional authority to defend ourselves,” read Abbott’s letter.

Furthermore, Abbott ordered the Texas Department of Public Safety (DPS) and Texas Military Department (TMD) to expand their unprecedented efforts to combat the growing illegal immigration along the Texas-Mexico border.

For his part, López Obrador said that Abbott’s actions would not flourish under Mexican law.

“As for the warmongering, we are people of peace,” added López Obrador.

Despite this claim, López Obrador’s administration has allocated more military officers to migration tasks than his predecessors. In 2021, 13,663 soldiers were designated for migration-related operations, with only 3,887 used for “drug eradication and interception tasks.”

Additionally, between September 2021 and June 2022, the Mexican armed forces detained 345,584 undocumented migrants, 200,000 more migrants than in the third year of the president’s administration, and an increase of 126%.