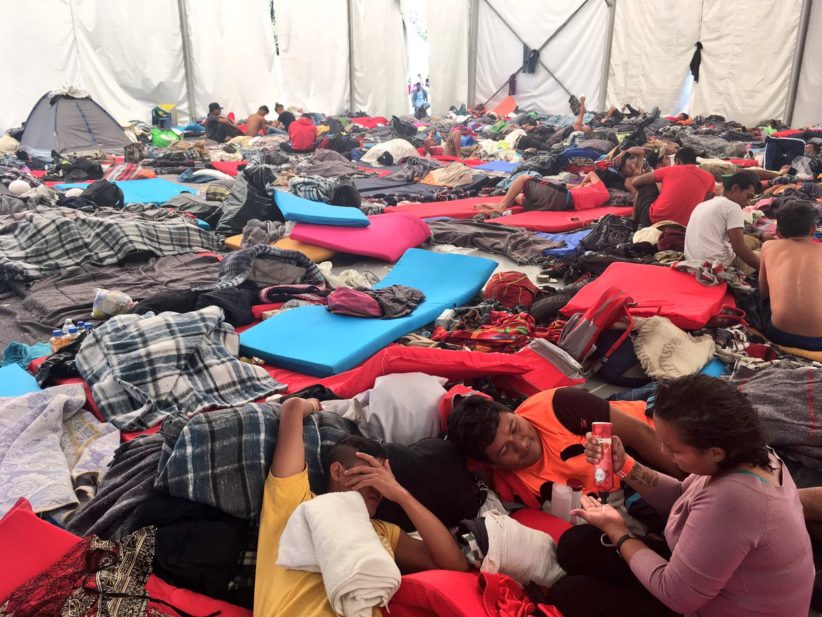 Having left Mexico City over the weekend, passing rich neighbourhoods that contrasted their endurance along the way, the first part of the migrant caravan is set to arrive in Guanajuato today. A second caravan is also expected to reach Puebla today, before further making their way into the capital.

According to Animal Politico, there are still some 4,500 people remaining in the first migrant caravan, however, this amount if trumped by reports from the Washington Post who this morning claimed an official government twitter counted 6531 people passing through the municipality of Irapuato.

The ongoing migrant caravan is an annual mission that has this year been caught up in a larger political storm. Playing into the hands of the U.S President, it became a token complaint of his mid-term fear mongering that there was an imminent threat on their southern border. Since then, he announced the launch of Operation Faithful Patriot which sent thousands of US troops to the border, before allegedly scaling back the initiative following the results of the midterms.

U.S authorities have since announced that migrants that cross into the country illegally will not be permitted to apply for asylum, however, it continues to be a much-contested topic.

So far many news outlets have reported efforts in Mexico, both from authorities and also citizens, to support the movement of the migrant caravan. According to local reports, the migrants have received food and health services along the route and a children’s hospital has also been set up to provide check-ups for families.

Made up of mainly Hondurans, the first movement was believed to have reached an amount of up to 7,000 people at its height. Since then, some had turned back and others have sought asylum in Mexico. According to the Associated Press, as many as 1,895 migrants have applied for asylum in Mexico. It is unclear, however, how effective this process is and there have been suggestions that applying for asylum to travel through Mexico is believed to take up to 45 days, during which time it is unclear if the migrants are going to be detained. What’s more, as little as half of the migrants who took to the migrant caravan route in 2017 were granted asylum by Mexican authorities, meaning many were forced to turn back.

Among the caravan are a number of children and even pregnant women who have seen no better option than to join the movement. It is believed that they plan to seek asylum legally in the United States, however, it is uncertain how many people will complete the journey to the border, and subsequently across. Alternatives to legally crossing the border would involve a treacherous journey through desert areas, which claims hundreds of lives each year.

There is an abundance of donated clothes waiting for more migrants that are set to arrive in Mexico City over the next few days. As well as this, local governments are helping migrants find a ride to help them their border mission. Having said this, the migrant caravan still remains some time away from the northern border.