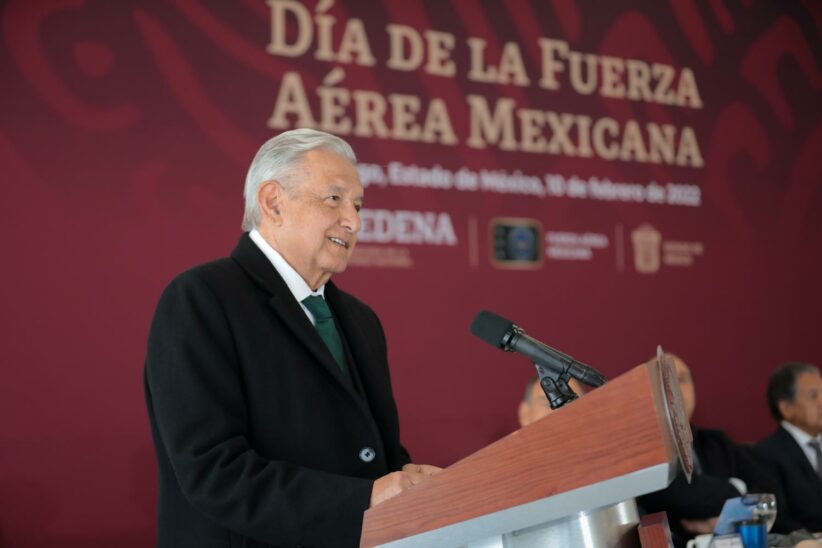 One of President Andrés Manuel López Obrador’s most talked-about campaign promises seems to be coming to fruition for the first time in Mexico’s history: On April 10, the country will hold a presidential recall referendum, which many critics argue is a means for the populist president to consolidate his political power.

On Friday the president — often referred to in the press by the acronym AMLO — said, “Here, on my word of honor, convictions, principles, and ideals, I will leave if the people vote for me to resign. I will not wait. It does not matter if it is not 40%  of the electoral roll that participates.”

For the presidential recall referendum to be binding, according to the law, it requires participation from 40% of registered voters, a feat which critics say is essentially impossible — and thus Mr. López Obrador faces no real chance of defeat.

Nevertheless, the 68-year-old politician has pushed for a narrative of democratization and higher involvement of the people in the Mexican State, often saying, “The people giveth and the people taketh away.”

Following one of Mexico’s most criticized presidencies under Enrique Peña Nieto, who finished his term with a mere 28% approval rating amongst Mexicans, making him the most unpopular president in recent history, on his campaign trail, Mr. López Obrador introduced the idea of allowing for recalls during presidential terms as a means of ensuring more accountability for the office.

Currently, AMLO’s presidency has vast support throughout the country. The president often quotes the United States-based intelligence and polling company Morning Consult, which gave the president a 63% approval rating, making him the second most popular world leader behind India’s Narendra Modi, according to the analyst firm.

Despite his popularity rating, AMLO’s administration is not impervious to controversy. Under his watch, Mexico is witnessing 30,000 murders per year, with 2020 being the most violent year in Mexico’s history, as well as an incessant wave of violence targeted against women, and a recent spate of killings of journalists and activists.

Furthermore, two years of a healthcare and economic crises propelled by the Covid-19 pandemic has taken a toll on the Mexican population’s well being which has fueled criticism towards Mr. López Obrador’s government.

Regardless, the president remains confident. Last Friday, during his daily press conference, Mr. López Obrador invited his opponents and critics to vote in the referendum, challenging them that this is their opportunity to overturn the present government and correct his administration’s perceived mistakes.

“Why, if we are so bad, don’t they take advantage of the opportunity this April 10? Why don’t they promote this, which is legal and constitutional? Why the dirty war? Why the perverse attitude of not showing their faces open and confronting the project we represent?” he said referring to the opposition parties.

Far-right civil group the National Anti-AMLO Front, or FRENA in its Spanish acronym, is calling on its supporters to take advantage of the opportunity and vote AMLO out of office.

For most opponents however, the referendum is seen as a power grab from a populist president who is taking advantage of his current popularity to consolidate power — and doing so to the detriment of Mexico’s democracy.

Former President Felipe Calderón took to Twitter to call on the Mexican people to refrain from participating in the referendum.

“What is responsible from a democratic point of view is to refrain from participating in the referendum,” wrote Mr. Calderón on Twitter. “The only way to combat the violation of the legal framework and the provocations of Morena [AMLO’s political party] and the government is to turn our backs on this exercise in political propaganda.”

Political observers are keeping a close eye on how the referendum plays out.

At a November 2021 meeting of The Wilson Center’s Mexico Institute, a think tank, politicians, academics and analysts conveyed mixed feelings.

8th Journalist Murdered in Mexico in 2022