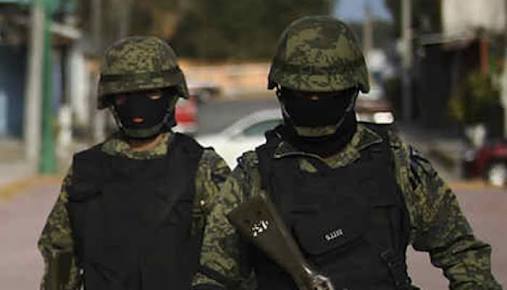 Puebla, a state just two hours south of Mexico’s capital city was faced with a day of standstill traffic as protestors took to blocking the major Mexico City-Puebla highway yesterday.

According to reports, the protesters blocked traffic for over six hours in protest of earlier government raids in the town in an attempted plan to prevent pipeline fuel theft.

It was, in fact, the result of the mayor-elect of Quecholac, Alejandro Martínez Fuentes, urging citizens to rise in protest in a social media video that saw the group of civilians take to the highway. One of the mayor-elect’s properties had been raided earlier that morning, along with another location, believed to have linked to organised crime and fuel theft.

Despite suspicions which link Martinez’s associates to unlawful activity, protesters burnt tyres and held up signs that relayed anger at the federal raids earlier that morning. Fingers have been directly pointed at Martinez’s brother who is believed to, in fact, be the leaders of an organised crime group which specifies in fuel theft amongst other, more violent, crimes. The mayor-elect denies that his family is involved in illicit activity.

The theft forms part of a lucrative fuel-stealing industry that sees Mexican cartels capitalise on taking fuel from government-run piping. There are on average 60 illegal taps into pipelines daily within the country.

Speaking to Reuters, an oil refinery worker recently spoke of how he was contacted by cartel members who wanted his help. According to the report from the pump worker, the cartel had resorted to beatings and torture to get information on the time and location of oil movements, until he was forced to seek asylum overseas.

Despite clampdowns by the recent government on the country’s drug trade, oil theft has offered a new means to make substantial money at less of a risk. However the incoming President’s plans to reshape the energy sector, build a new refinery and invest considerable money in the state-run Pemex oil and gas producer, combined with an increased effort to fight drug cartels might lead Mexico’s organised crime groups to look for more desperate measures.

Yesterday’s protest, on the counter side,  relayed suspicions and a severe lack of trust in federal authorities and their motives behind the raids. According to El Universal, it was just last year that the townspeople remembered a conflict which left four soldiers and six fuel thieves dead within the town. Investigations following the attack brought into question the soldier’s actions and discovered that two of the bodies had been planted by authorities.

More expulsions in relation to student attacks at UNAM