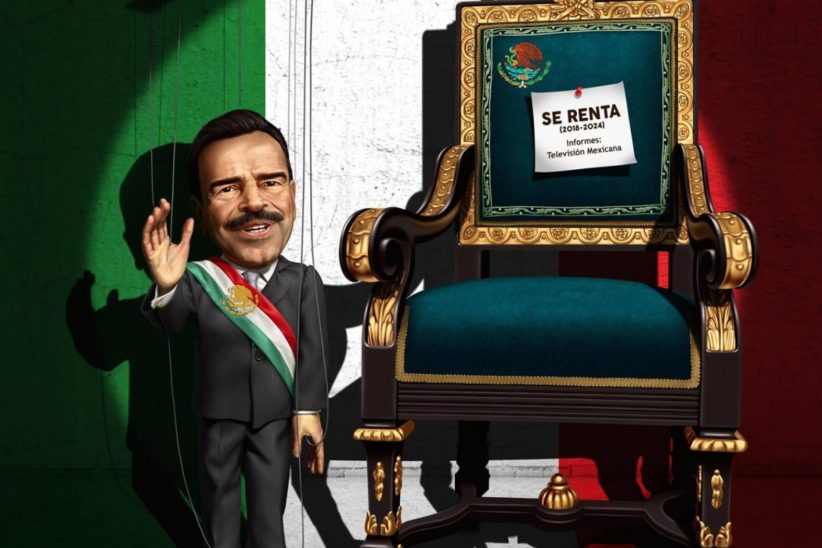 In 1990, Peruvian novelist Mario Vargas Llosa pointed at Mexico’s political organization and challenged the governance of the PRI party with a statement that has stuck ever since.

‘‘Mexico is the perfect dictatorship,’’ he said.

‘‘The perfect dictatorship isn’t communism, not the Soviet Union, not Fidel Castro, it is Mexico. Because it’s a dictatorship camouflaged in such a way that it doesn’t appear to be a dictatorship.’’

The author spoke of the near-authoritarian rule of the leading party in Mexico’s government, which he believed was being concealed in plain sight as a democracy. He then goes on to point out that the PRI party, which had maintained governance for 71 years, had cleverly recruited the country’s intellectuals to back the image without them even realising it was a dictatorship. During that time, the PRI was accountable for massacres such as that of Tlatelolco in 1968, disappearances and a plethora of corruption scandals that leaves the country’s government tarnished to this very day.

Incapable of bringing social justice and ineffective at distributing wealth better than other Latin American countries, it was a scathing statement that chimed with the concerns of many in the country and yet the PRI would rule for another ten years before finally being voted out of power.

The most recent brick to be removed from the PRI ‘dictatorship’ was consolidated this year with the election of Andres Manuel Lopez Obrador and the Morena party set to take the presidency this December.

In 2014, some 24 years after Vargas Llosa accused Mexico of cleverly cloaking a dictatorship as a democracy, a film with the same name was released in the country.  Directed by Luis Estrada, The Perfect Dictatorship, now available on Netflix, captured the frustrations of the Mexican people and uncovered a plethora of plots and deceit which were unnervingly similar to real life Mexican politics.

The government’s case wasn’t made any better by the film’s opening statement: ‘‘any resemblance or similarity to reality is not mere coincidence.”

With some fervent hits of telenovela dramaturgy, the black comedy opens with a president who possesses an unnervingly similar slick hairstyle to current President Nieto. It follows the plot of a state governor who pays the country’s TV producers to spin his image in a favourable light in order to win the next presidency. Without spoiling too much, the story of covering up corruption, fraud and deceit carry uncanny inklings of recent presidencies. For many Mexicans, the suspicion that TV channels were giving, at that point, PRI candidate Enrique Pena Nieto more positive reporting than other candidates, seals the deal.

‘‘This movie, it’s a satire about a moment, a very precise moment, that is the one we are living in,’’ Luis Estrada said upon the release of his film.

The film is certainly unapologetic.

Frustrations about ongoing corruption and organised crime involvement have played a defining role in the recent election of leftist President Andres Manuel Lopez Obrador. It’s been the first national chance for the populous to have their say in their country’s governance since the film was released four years ago. Could this have played an influence on voters? It seems unlikely that a film would have such an effect, however, quickly becoming a box-office hit, Estrada’s film could have contributed to pulling the cover from Mexico’s eyes. Following the release of the film, viewers struggled to decipher what was fiction and what was real. Speaking to the LA Times, one viewer claimed it resembled the evening news rather than a fictional film.

Unlike some of the Mexican greats that toe the international film industry with artistic successes, The Perfect Dictatorship is a combination of slapstick, outright ridiculousness and a hard-hitting reality that chimes with the larger part of the Mexican population. What Estrada does is shed light on understanding the inner workings of corruption, and it’s mocking nature makes for it to be a film that is easy to swallow and even easier to enjoy.

Still hundreds of miles to the US border: Migrants begin to enter Mexico City