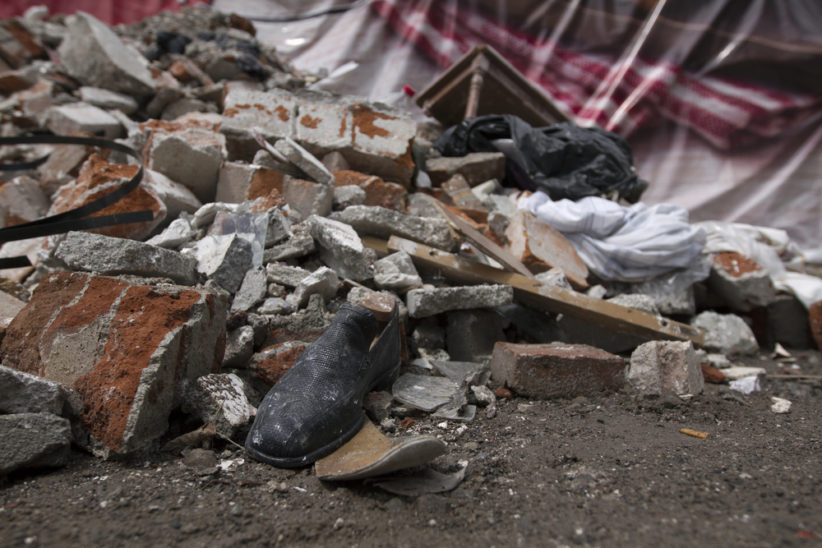 It was in the early afternoon on 19 September 2017 that central Mexico was struck by an earthquake measuring 7.1 on the Richter scale. The powerful shaking lasted just about twenty seconds and its effects were felt across a number of Mexican states including the capital.

Although Mexican residents are somewhat accustomed to the ground shaking, September’s quake which coincidentally occurred on the anniversary of Mexico’s infamous 1985 earthquake that killed over 5,000 people, was strong enough for countless buildings to collapse around the country and caused a number of fatalities.

Amongst the 326 people killed in 2017,  187 of which were in Mexico City, there was one collapsed building that caught the attention of media across the globe. The private Enrique Rebsamen school was home to 400 students when the structure caved in a matter of 20 fatal seconds. News of the collapsed private school quickly spread around the world amidst reports of students ‘texting’ from inside the rubble. A frantic rescue mission by authorities and volunteers initially recovered the bodies of 21 children in the hours after the collapse.

Since then, the school has remained a symbol of the earthquake and of the over forty collapsed buildings within the Mexican capital. As authorities began to investigate why the building collapsed in the first place, initial reports pointed to a violation of construction codes, despite safety inspectors signing off the construction safety warrant just three months prior to the earthquake, reported The New York Times.

However, it is now coming up to the one year mark since the tragedy, yet still, there has been no official reports nor investigations into the state of other school structures around the capital.

Despite investigations into the Rebsamen collapse leading to the arrest of the construction supervisor, excavation of the site, in fact, began at the start of last month. At the same time, the Attorney General’s office has also asked Interpol, the largest international police organisation in the world,  to help them find the building’s owner, Monica Garcia Villegas, amidst reports that the owner had built an apartment for herself on top of the school which some believe contributed to the collapse.

The slow pace at which the investigation continues, however, appears to be felt across the country, amidst fears that other school buildings might have also been mal-constructed, reported Animal Politico. According to investigations into the incident, calls have since been made by a number of organisations to assess all buildings which were built before 1987 in order to ensure this tragedy won’t happen again. The legalities surrounding a structural investigation of this calibre, however, remain clouded in uncertainty and red tape.

A further salient issue in the case of the Rebsamen school is that parents of the victims are yet to receive compensation of any sort in relation to the deaths. This comes alongside ongoing hunts for the director of the school, who one year later remains on the run, and an investigation which has concluded that structural errors were the cause yet authorities appear to have done nothing further about the issue.

Although globally  Mexico City has some of the strictest building requirements which, if not complied with, can lead to large fines, private building inspectors have been criticised of weak law enforcement allowing for several constructions to skirt around the conditions. What it will take for that to change, however, remains the topic in question.

El Niño anticipated to return before the end of the year