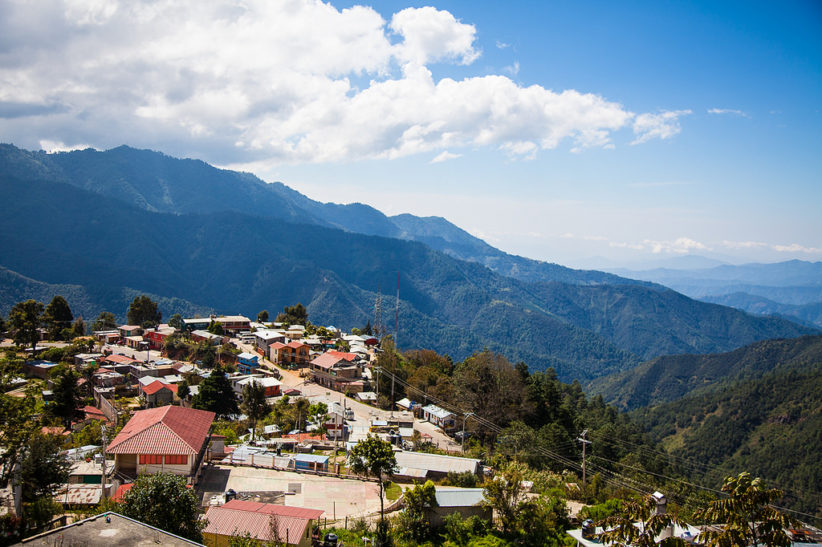 Nestled almost 2,500 metres high up in the wooded mountains in Oaxaca, Mexico sits a small hillside village that has become famed for its traditional medicine. Although somewhat of an unassuming village open to the harsh mountainous climate and accessed by the meandering Pochutla-Oaxaca highway, the locals have a long tradition of using hallucinogenic mushrooms.

Mushrooms have been used as a traditional form of medicine in Mexico throughout the centuries. Known as ‘flesh of the gods’ amongst the Nahuatl Indians the ceremonial usage of hallucinogenic mushrooms was suppressed throughout the Spanish Inquisition, though remained ingrained in the Mexican culture of villages such as San Jose.

Conducted under the guide of a shaman or elder and traditionally held at night, the process has become heavily commercialised in recent years. Much like the process of drinking ayahuasca in South America, another traditional hallucinogenic medicine, it has become a phenomenon that a number of tours have capitalized on, as well as a number of camps cropping up in the western world. The result is a booming industry and an abundance of travellers who come to such locations specifically to benefit from the traditional remedies.

The growth of the traditional medicine industry, natural cures and wellbeing retreats have continued to increase in recent years, especially in popularity amongst backpackers in Latin America. Seen as a means to reconnect to the natural world as well as solve a number of ailments from depression to smoking addictions,  the extraordinary visions are perceived as a lot more than just a ‘viaje’.

The secret of San Jose Del Pacifico, known as Mexico’s mushroom capital, has since spread amongst tourist circles and sees a number of visitors arrive almost daily to live with the locals, eat mushrooms and take a walk up the mountain.  All the accommodation also caters to the demand of the mushroom trips and it is possible to buy your mushrooms from hostel receptions and throughout the village. What makes San Jose stand out is the view. High up in the mountains, peaks and forests stretch in every direction and adds a certain quality to the hallucinogenic properties of the medicine.

The other traditional option is to partake in a temazcal which is a sweat lodge also used in traditional ceremonies across the country. Originally used as a means to cleanse the body and sweat away toxins, the construction is usually built from volcanic rock and requires participants to sit in a dome and through phenomenal heat.

Although tourism has placed San Jose Del Pacifico on the map and given the village a largely economic boost, the majority of travellers who visit the town won’t take mushrooms with a shaman. The general consensus is that backpackers buy their mushrooms and undergo the process with fellow backpackers in the woods before leaving the town a day later after experiencing the cleanse. Unlike Peru’s ayahuasca retreats,  a number of them which can cost hundreds of dollars, San Jose Del Pacifico is yet to become as much of a phenomenon. There is, however, a fine line between exploiting the medicine and benefitting from its use.