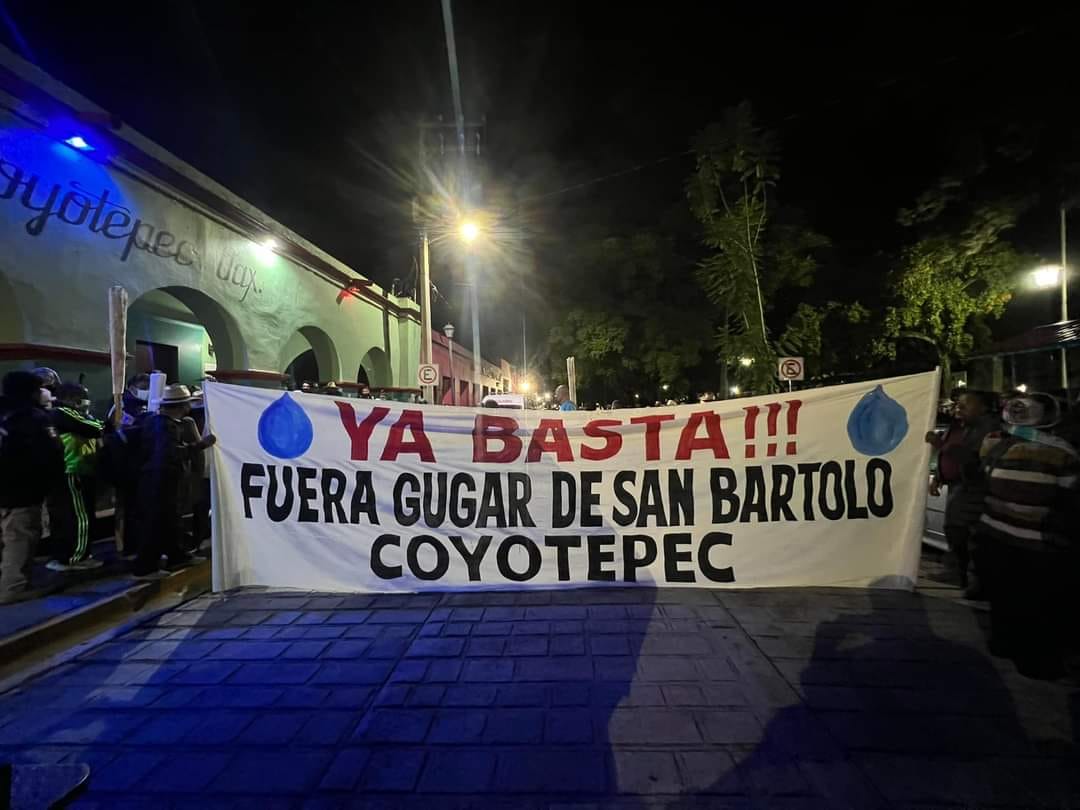 For more than 15 years, the bottling company, Gugar, took advantage of a well drilled in the region, extracting over a million liters of water per day for its distribution both within and outside of Oaxaca.

“It was a well for industrial use, and it was a well that could throw 16 liters per second, and that is what they were getting,” Flavio Sosa, an activist from the area, told Aztec Reports. “That is to say that in 24 hours, they could extract about 1,380,000 liters of water from that well. So for many years, there was quite a strong plundering of the underground water mantle.”

Taking advantage of a concession granted by the government body in charge of the country’s water supply, CONAGUA, the Oaxacan company sold water from the well back to the local community, in addition to distributing their wide range of soft drinks.

The people of San Bartolo Coyoltepec, a community of mostly artisans who specialize in black clay, have always taught their members to care for the environment , a virtue that would grant them the national environmental award in 2013 for their conservation efforts.

“We were furious because it turns out that while we are taking care of the water and the environment, there is a private company that is producing soft drinks and bottling water to sell it in industrial quantities throughout the state, in carboys and bottles, while the community is suffering water shortages,” said Sosa.

After multiple legal attempts, in which the courts ruled against the community, the San Bartolo people mobilized and peacefully took over the facilities in September 2022, deciding that no more water would be extracted.

On November 16, the soft drink company and the community signed an agreement where the company pledged to return the 17 hectares of communal land to the town of San Bartolo without being able to draw water from the well again.

The victory was celebrated amidst one of the country’s most drought-stricken years in different regions, partially derived from water concessions to national and transnational companies.

In Mexico’s northwest, one of the wealthiest cities in the country, Monterrey, has been forced to cut back on water supply for household use since the beginning of 2022 due to the lack of water in the region.

In the country’s capital, Mexico City, non-partisan movements have already denounced the lack of water in some of the city’s neighborhoods.

In both cases, the interference of beverage and beer companies in the use of water to carry out their operations is a persistent problem.

In response, Mexican President Andrés Manuel López Obrador has mentioned the possibility of relocating the companies’ operations to the south-southeast of the country, in the same region where San Bartolo is located.

“The community does not even call [water]a natural resource,” said Sosa. “They make us believe that this is a resource we must exploit. And we say that we should not exploit it. We have to take advantage of it substantially. But today, we are facing a voracious capitalist system that wants to finish everything at the cost of nature itself, at the cost of life itself.”