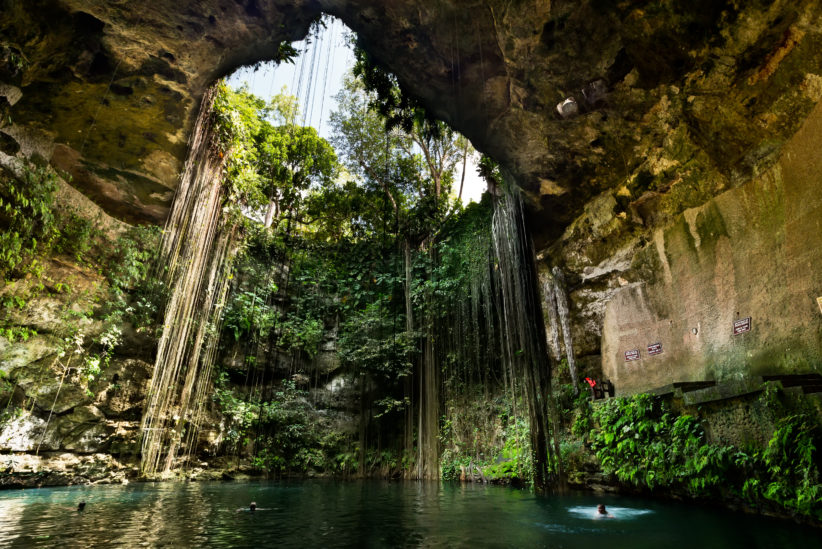 Plastic waste, pollution, carbon emissions, depletion of resources: There is no shortage of headlines urging Mexico to step up its efforts to protect the climate and its ecosystem. But these burning environmental issues are also becoming a hotbed for a new type of entrepreneurship. Can innovative startups combine profit-seeking with tackling Mexico’s environmental challenges?

Early morning in Mexico City: Cars, buses and trucks are stuck in ever-increasing traffic jams, motorbikes and street vendors are circling through the almost unbearable air of black exhaust fumes. In one of the most congested cities of the world, too many vehicles mixed with emissions from nearby factories are polluting the air of its almost 9 million inhabitants, who spend an average of two hours a day stuck in traffic.

But while the government is struggling to regulate the congested limbo of its streets, a number of innovative startups have found their own response: Like Econduce, a Mexican social enterprise that provides more than 500 electronic scooters to be rented out at 45 stations over the city. After 3 years of operation, Econduce reports to have saved over 400 tons of CO2 through more than half a million trips and plans to increase the number of scooters to 800 by the end of the year.

Ride-sharing startups are equally on the rise. Urbvan and Bussi are two initiatives in Mexican cities that offer shared vans as a cheaper alternative for its customers. Considering that the average car is designed for five but only transports 1.2 passengers on average, pooling passengers in larger vehicles can dramatically reduce carbon emissions as well.

“It is interesting because a lot of entrepreneurs in Mexico actually become social entrepreneurs more by coincidence – it is not the core of their business model initially, but more like a positive externality”, says Daniel Reyes from NewVentures Group, a social incubator based in Mexico City and expert on environmental entrepreneurship.

Social impact and profits – two sides of the same coin?

Indeed, social entrepreneurship is different from ‘pure’ social activism such as NGOs by focussing on the ‘triple bottom line’, or ‘3 P’s’: People and Planet, but also Profit. Social enterprises are thus combining a financially viable business model with seeking social impact.

In most cases, the intuitive logic is that making a profit is needed for sustaining a social impact. “The more similar a social entrepreneur is to a successful ‘normal’ entrepreneur, the more likely he is successful in the social field as well”, says Reyes.

Yet in many cases, it is exactly the opposite – only when the social issues are addressed, financial profits can be made.

An example from Mexico’s social enterprises comes from the fishery sector of Baja California. Ocean conservationists often call the Gulf of California the ‘aquarium of the world’, but overfishing has threatened the remarkable diversity and quantity of its sea life, warn reports of the National Geographic Society.

Indeed, according to local reports, overfishing did not only almost led to the extinction of local clam species such as the almeja catarina and callos de hacha. Importantly, the depletion of marine resources also meant fisherman became increasingly impoverished, had to resort to illegal fishing techniques and clandestine fishing at night. Many became addicted to drugs, further depleting their incomes and pushing them downwards the poverty spiral.

In response, the organization Achamar was founded on the notion that in order to have a sustainable fishing business, the social fabric of the communities needs to be restored first. The organization thus set out to first rebuild the community cohesion: Initiatives such as creating a soccer team for the children, cleaning up waste from the street, and working to create trust between neighbours that had long stopped to greet each other on the streets. Only by rebuilding the community, the conservation efforts finally succeeded – and the restored clam populations are now creating important incomes for the local families.

Social entrepreneurship that transforms industries from within might provide a means to achieve environmental goals in a country that is increasingly hostile to more confrontative approaches to environmental activism.

It should not be forgotten that according to recent statistics, Latin America is the deadliest region for environmental activists in the world. A total of 207 land and environmental defenders were killed in 2017. And the violence against those speaking out for protecting nature and climate is disproportionally affecting Mexico, who saw a staggering 15 murder cases last year – earning the sad title of the second deadliest country in Latin America for environmental activists.

Many hopes are placed on the new government to tackle Mexico’s environmental challenges. Yet rather than searching for top-down regulation to step in, bottom-up initiatives from socially-minded entrepreneurs are playing an important role – based on the understanding that economic, social and environmental issues can and should be addressed jointly.