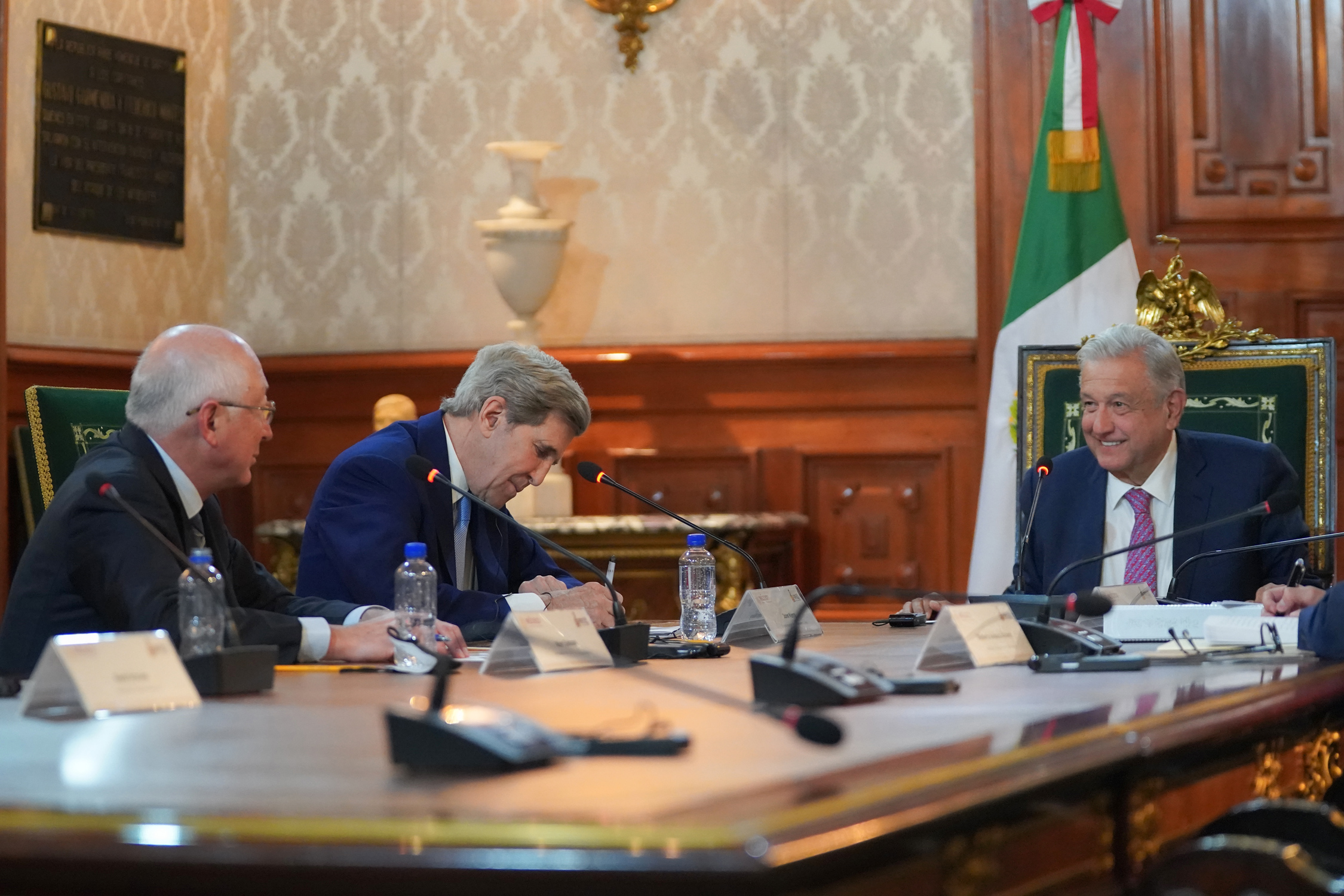 “We agreed to have a team led by Ambassador [Ken] Salazar here in Mexico that will work in collaboration with the White House to make sure that whatever comes of the reforms will reflect the best chance of moving forward,” said Mr. Kerry.

At his daily press conference, Mr. López Obrador shared that the meeting was also an opportunity to discuss further investment in the Mexican energy market, saying the ongoing conflict between Ukraine and Russia poses investment possibilities for the region.

“There are many investment opportunities. With the crisis, for example, with the increase in gas prices, how does the United States of America, especially North America, help the European countries? With gas! So that they do not depend only on Russia, because countries like Spain do not have gas,” said the President at a press conference.

Mr. López Obrador’s controversial energy bill will give state-owned companies preference in energy production over private investment, which will be relegated to 46% participation in the market.

“It is not true that the initiative has to do with promoting dirty energies, it is not true that we do not care about solar energy, wind energy, energy with water in the hydroelectric plants, we are making a great effort because we are not going to create any plant that produces energy with carbon,” added the President on Friday after his meeting with Mr. Kerry.

Furthermore, legislators specifically denounced the intentions of the Mexican government to prohibit concessions to mine minerals deemed strategic, such as lithium and copper. Last year, the Mexican government announced a deal with the Bolivian foreign ministry to exchange information and technology for lithium exploitation.

The current government’s proposed bill will play as a counter-reform to Mr. López Obrador’s predecessor, former President Enrique Peña Nieto, who in 2014 pushed an energy reform of his own to the Mexican Congress.

However, elements of Mr. Peña Nieto’s bill were later revealed to be involved in a corruption scheme involving the Brazilian conglomerate Odebrecht S.A. which from 2010 to 2014 disbursed a series of payments to high-ranking Mexican officials in exchange for contracts.

In addition, energy prices in the country have only increased ever since the law came into action, with energy fees going up by 35% just two years after Mr. López Obrador’s structural reforms were implemented.

For its part, the U.S. will oversee a team led by U.S. Ambassador to Mexico Ken Salazar to ensure Mexico’s energy reforms comply with the needs of both nations while attending to the needs of its neighbor.

“We have very good relations with the United States, they have been very respectful of our sovereignty, but that could not be accepted,” said Mr. López Obrador, referring to U.S. lawmakers’ pressure on his energy policy.

“It is as if I go to the United States and propose to President Biden that he reduce the price of gasoline by decree in the United States. No wonder he would say to me, what are you meddling with? Stop being a nag!” said the President.