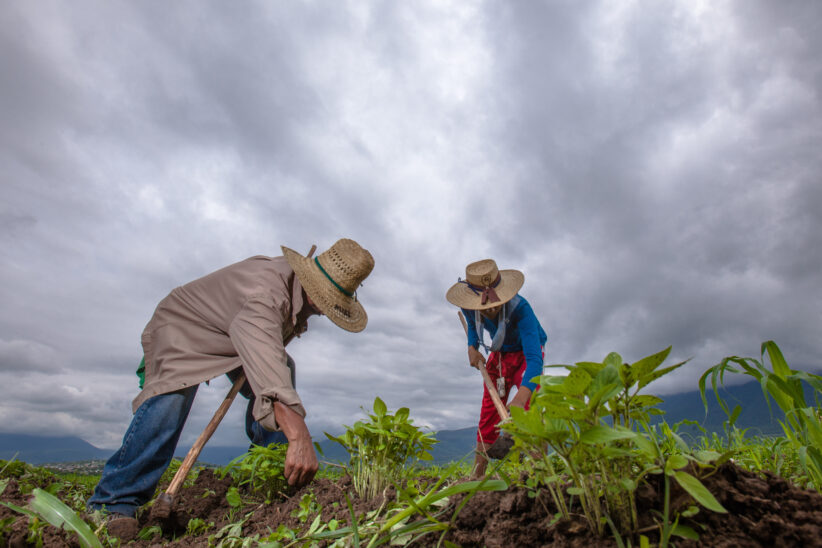 Russia’s war in Ukraine has unleashed a series of food supply consequences worldwide and some officials in Mexico are calling for the country to take steps to become more self-sufficient to avoid food shortages.

Russia and Ukraine are responsible for 28% of the world’s wheat exports and 15% of corn exports. According to some sources, almost a third of Ukraine’s land will be unharvestable and uncultivable in 2022, compromising the caloric intake of 60 million to 150 million people.

While Latin America is not the leading importer of eastern European grains, the disappearance of 26.4 million tons of wheat, corn, and barley from markets will impact international grain prices, which will disturb food prices in the region.

For Mexico, trade with the eastern European countries is not as substantial in terms of grains. In 2021, Mexico imported around 83,000 tons of wheat from Russia and 192,000 from Ukraine.

However, Russia is the main supplier of fertilizers for Mexican farmers to grow their own crops, accounting for 27% of total fertilizer imports, according to GCMA, an agricultural consulting firm.

The rise in prices and disruption in logistics in the supply of fertilizers pose a risk to the inflationary rates and food supply in the country, since in 2021 Mexico imported just over 60% of its fertilizers requirements.

According to a report from the United Nations Economic Commission for Latin America and the Caribbean (ECLAC), food inflation in Mexico reached double digits by 2022, drawing concerns regarding food security in a region where rates of undernourishment have been rising for two years.

Addressing the global hike in food prices exacerbated by the war, the Mexican government launched a stimulus package to ensure food production autonomy while fixing products in Mexico’s basic food basket to offset the ongoing inflation.

The Package Against Inflation and Scarcity (PACIC) is a six-month plan which will increase the production of grains such as corn, beans, and rice, and stabilize gasoline and diesel prices, reference prices for LPG and electricity, a $16 billion USD investment.

Additionally, programs for fertilizer distribution in the country and zero tariffs on imports figure among the tasks within the plan.

José Antonio Abugaber Andonie, President of the Confederation of Industrial Chambers (Concamin), has raised concerns regarding Mexico’s dependency on food exports, saying that following the war, depletion of food in Mexico is more than likely.

“If this is not solved or is not resolved soon, there is going to be a problem, and in addition to the war, we are going to start having food shortages,” said Mr. Abugaber.

Citing a global food crisis heightened by the pandemic, climate change, and the war in eastern Europe, Mexico’s Secretary of Agriculture and Rural Development has called for the current administration to achieve food self-sufficiency by increasing agricultural, livestock, aquaculture, and fisheries production.

The Ministry of Agriculture, Víctor Villalobos Arámbula, praised Mexican agriculture products as a turning point for the food crisis, saying that growing fruits and grains natural to Mexican soil will help curb the ongoing crisis.

As reported by officials, Mexico has managed an inflationary rate of 7.7%. However, thanks to different subsidies, inflation in the country did not reach the projected 10%.

Mexican President Andrés Manuel López Obrador, has maintained a positive outlook on the global overview. On one occasion, the Mexican leader said that the war posed interesting opportunities to Mexico.

“Now, with this new economic crisis, a product of the war, Mexico becomes, if not the first, then the second or third country with the most investment opportunities in the world,” said Mr. López Obrador.