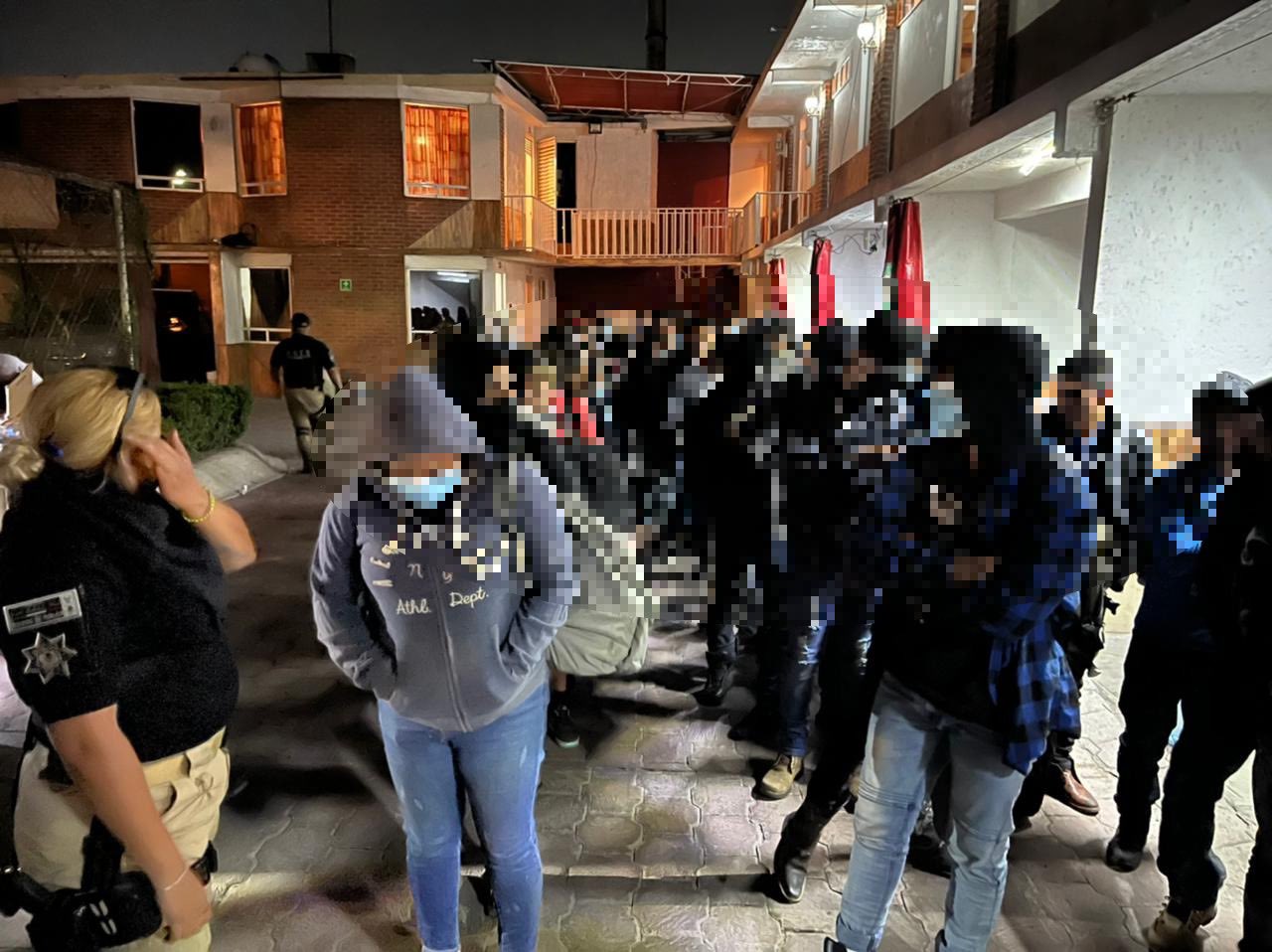 On Monday, The National Migration Institute (INM) reported that 79 migrants of different nationalities were found, overcrowded in hotel rooms in Ecatepec, Mexico.

According to INM’s briefing on the matter, one of them is a Honduran national; 65 are from Guatemala; seven are from El Salvador, and one is from Ecuador. The authorities also revealed the rescue of a married couple and their two kids and an unaccompanied infant, all native to Guatemala.

On the same day, INM authorities triumphed over the disbandment of a massive migrant caravan headed towards the U.S. border. The caravan, which departed from Chiapas, Mexico, on April 1, reportedly consisted of 701 migrants (500 men, 126 women, and 75 minors).

Although the official report states that the vast majority of the migrant population in the caravan willingly surrendered to Mexico’s immigration agents and armed forces, local media reported that a confrontation between the caravan and the armed forces took place, leading to the deportation of hundreds.

Exacerbated by the pandemic, Mexico has seen a record-breaking surge in migration flows through its southern border. In 2021 alone, authorities detained over 307,000 migrants, the largest detention of migrants in a single year. Regarding deportation, in 2021, over 114,000 undocumented migrants were repatriated by authorities.

These figures show that Mexican President Andrés Manuel López Obrador has had the largest number of detentions under his watch in recent history, due to the current reinforcement of migration patrols and checkpoints enforced by Mexico’s army.

Journalistic investigations have reported that 82% of detentions are carried out by the National Guard and Mexico’s Department of Defense, illustrating the links between Mexico’s immigration strategy and its national security forces.

Mexico’s National Guard, an organization that is military in nature, has been used for years now by Mr. López Obrador for his immigration containment policy.

For instance, in January 2021, days before leaving office, former U.S. President Donald Trump thanked his Mexican counterpart for his commitment and pledge of over 20,000 agents to secure Mexico’s northern border in compliance with the Republican president’s immigration policies.

The current wave of migration towards Mexican territory was met with a strong response from the government, leaving Mexico’s migration system under the military’s influence, leading to extreme abuse of authority towards migrants and even murder.