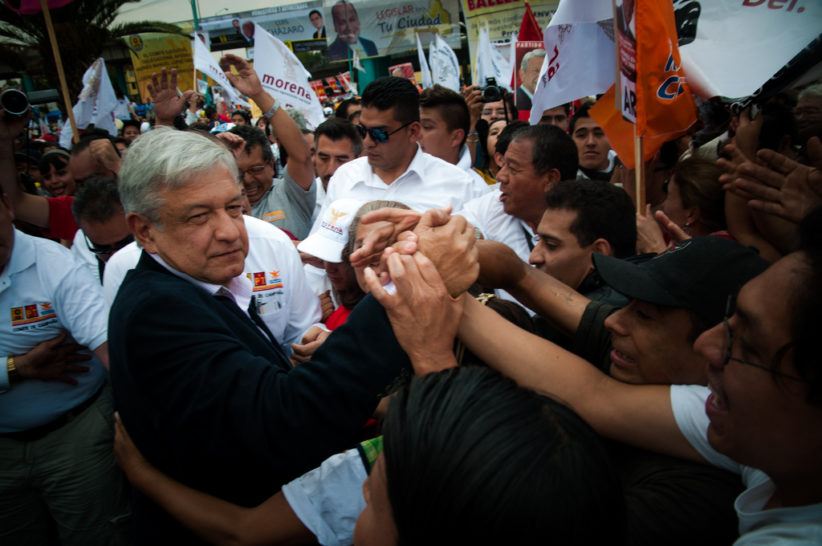 New agreements have been struck up between Mexico’s President-elect, Andrés Manuel López Obrador and President of Guatemala, Jimmy Morales. The two leaders have decided to work together to promote development projects to create job opportunities and stem the flow of migration northwards from Central America.

The announcements were made following Morales’ visit to the Mexican department of Chiapas where the two leaders met at the Autonomous University. Joined by Rutilio Escandón Cadenas, governor-elect of Chiapas, and  politician Manuel Velasco Coello, the cohort then continued to discuss solutions to the ongoing migration crisis that is currently sweeping Latin America.

Both countries have continued to hold strong ties across the borders, however, it has become of increased importance for Guatemala to enhance relationships with the new government. The meeting also continued to call for action from the United States and Canada to support the creation of projects which could lead to better employment opportunities and less migration around Central America. Interestingly, these calls come just days after Mexico and the USA settled debates over a free trade deal, already signalling positive partnerships between the two unusual leaders.

Alongside Venezuela’s humanitarian crisis, and heightened violence in Nicaragua that is forcing citizens to leave, high rates of unemployment across Central America have meant that people are choosing to leave the area in swathes every day. Despite increased efforts to dissuade migration, a  recent study revealed that 95% of those forcibly returned to their country try and cross the border into the United States again. The risky vicious cycle of searching for a better life and fleeing from persecution continues.

In Guatemala, half the population is recorded at under 19 years old and just two out of ten citizens can secure official work. The country’s immigration council also reportedly hasn’t had a president for nearly two years and despite previous efforts to stem migration, little seems to have changed for returning citizens who just want to find opportunities for employment.

Lopez Obrador and Morales’ new agreement could be a step to finally offer real change. It further represents the incoming Mexican President’s desire to solve the migration crisis without military involvement. According to Animal Politico, the new administration aims to address migration as a human rights issue and was quoted as saying: ‘‘address it from its causes, especially if they can offer better conditions of life to the people so that people are not forced to migrate, that migration is optional, not mandatory.”

Although Mexico appears to be portraying a positive approach to migration, it was however recently pointed out by The Conversation that the country has similarly incorporated some of the United State’s tough immigration positions. According to the article, Mexico’s Frontera Sur programme has effectively deported thousands of migrants from Mexico back to Central American countries. Between 2014 and 2015, deportations from Mexico doubled to 176,726.

Migrants rescued after kidnap by human traffickers in Mexico