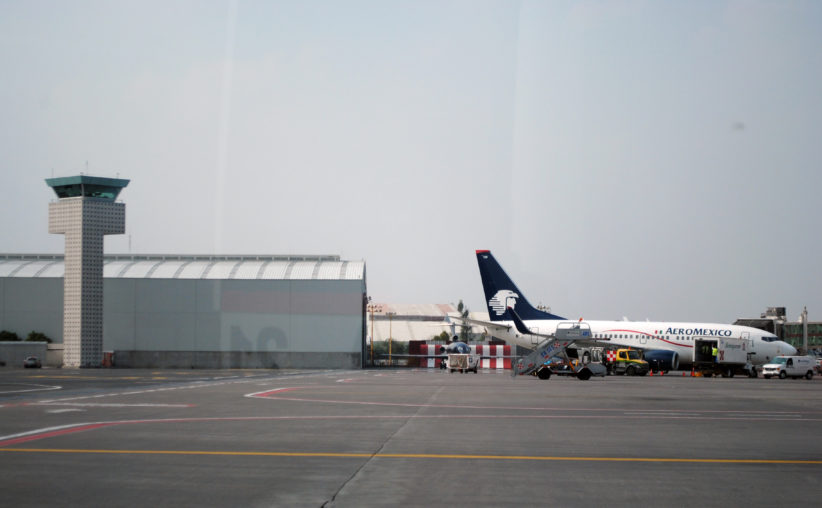 A large protest was staged in Mexico City’s zocalo yesterday in a bid to express anger at the cancellation of the new airport. The protest came as a response to the referendum two weeks ago in which the outcome meant that the new $13 billion capital city construction would be halted and instead new buildings would be added to the current airport.

There was considerable contestation in relation to the new location, which is close to Mexico City.  Although work was already underway, environmental impacts and total construction costs were yet to be fully encompassed. The alternative Santa Lucia option has already pointed to lower construction costs, however, airline expenses would rise to factor in two separate runway locations and the current project would, in turn, face substantial financial losses to change the site.

According to local reports, in the run-up to the election, López Obrador had opposed the building of the new airport and supported organisations such as the FPDT citing that the new build did not benefit Mexican civilians. Instead, the Texcoco site was deemed by protestors as benefiting the interests of the business elite.

Although work has already stopped on the new airport build, criticism has arisen around how the referendum was handled and many are pointing the blame at incoming president Andres Manuel Lopez Obrador and his party.

The Washington Post since reported that the referendum in fact only attracted 1% of the Mexican population and the entire process was carried out with haste. Despite this 70% of the voters opted for the cancellation of the new site. Following the results, the Mexican stock markets also fell and it is estimated that as much as $5 billion will be lost as a result of cancelling the site.

This weekend’s protests saw local citizens compare the incoming president to the Venezuelan president Nicolas Maduro. The socialist country has been dogged by staggering inflation, poverty and an exodus of over three million Venezuelans into neighbouring countries across Latin America. Some have predicted the Venezuelan humanitarian crisis will top the number of refugees leaving war-torn countries such as Syria and many believe Maduro is failing to protect the basic human rights of his citizens.

According to the Associated Press, yesterday’s march was dubbed the ‘Fifi March,’ in a response to the president-elect’s habit of branding non-serious issues as ‘fifi’.  It saw thousands of protesters raise their concerns about the outcome of the referendum. There is yet to be any official response to the protest, however, and with over 1 million people casting their decision over the fate of the airport, it is unclear what effect the protest will achieve.

Migrant caravan presses on into Guanajuato