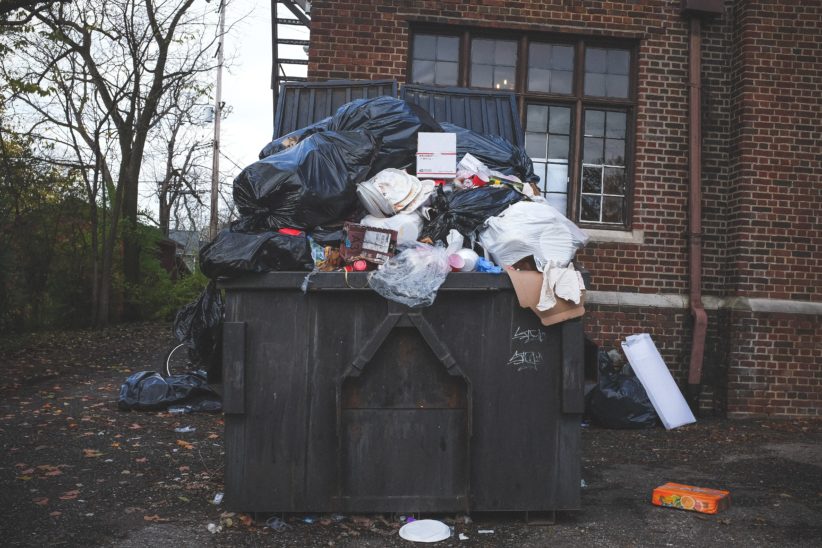 The population of Mexico is anticipated to grow by 28.3 million people by the middle of the century, according to studies by the Ministry of Environment and Natural Resources (Semarnat). With each person generating roughly 0.86 kilograms of daily waste, through consuming goods and services, it points to a stark reality that sees landfills grow at a phenomenal pace.

This, of course, is not helped by recycling efforts which are not proving to be very effective. In countries such as Mexico where tap water is not drinkable, plastic bottles aren’t necessarily reused, separation of recyclable materials is not promoted and unlike many areas of Europe, plastic bags are not charged for. In Mexico, only 80% of the population in cities of 10,000 plus inhabitants have access to national garbage disposal, meaning one-fifth of Mexican citizens in those areas must get rid of their own waste which is sometimes burnt, buried or dumped. When looking at towns of smaller populations, access to garbage disposal drops to 23%.

Although customers in Colombia, Chile, Antigua and Barbuda are charged for plastic bags in some supermarkets, waste is a concern for many countries in Latin America. The largest waste producers according to research from last year explain that island nations such as Antigua and Barbuda have some of the highest waste production due to poor infrastructure and ineffective waste removal, combined with large scale tourism growth. Interestingly, Mexico doesn’t even make it into the top 50 highest waste producing nations in the world according to the study, however, awareness for recycling still appears more prominent in better developed, Western countries.

Just a few days ago Semarnat announced ambitious new national initiatives that hope to contribute to the reduction of landfills through transformation methods. In a document named ‘National Vision Zero Waste’ it depicts plans by authorities to shift from a linear model of waste management to a cyclical one. Plans for ‘material banks,’ ‘food banks’ and ‘compost plants’ are just a number of proposals which, with the help from private investors, could contribute to a reduction of national waste levels.

By 2030, the document continues, authorities hope that sustainable development will be favoured across the country, and they will look to closing dump sites in a bid to reduce contamination.

According to news outlet Animal Politico, the environmental agency tasked with national waste reduction have pointed to failures in recent governments to provide effective infrastructure. Lack of funding and regulation have also contributed to ongoing waste production. So far just 5% of all waste is recycled in Mexico.

Whereas nationalisation appears to be the route that the new government veers towards in many circumstances, the agency has acknowledged that private investments in the sector would benefit national efforts. It is so far unclear, however, what type of incentives will be provided to companies involved with the country’s new waste management efforts. Other proposals suggest the creation of waste collection cooperatives for smaller areas of Mexico, where no waste management currently exists.

With 44 million tonnes of garbage being produced in Mexico annually, Semarnat acknowledges that it is a situation which simply cannot continue to be buried underground.

Casting our glare to other Latin American nations, El Morro De Moravia, in Medellin, Colombia demonstrates just one process which provides urban transformation to areas of garbage dumps. Formerly a pile of rubbish reaching 30 metres high, as well as a place for many bodies during years of violent inner-city conflict, the dump site was redeveloped into the largest garden in the city now boasting 50,000 plants. “Moravia was the laboratory with which the transformation of Medellín began,” Orley Mazo, a community leader was quoted saying in El Colombiano.

Whilst recently agreeing to provide more focus on environmental issues, Semarnat is also set to work with the Inter-American Development Bank and the National Institute of Ecology and Climate Change in order to promote the country’s position towards recycling.

Latin America’s largest solar panel installation is in Mexico, but what is the future for renewable energy?