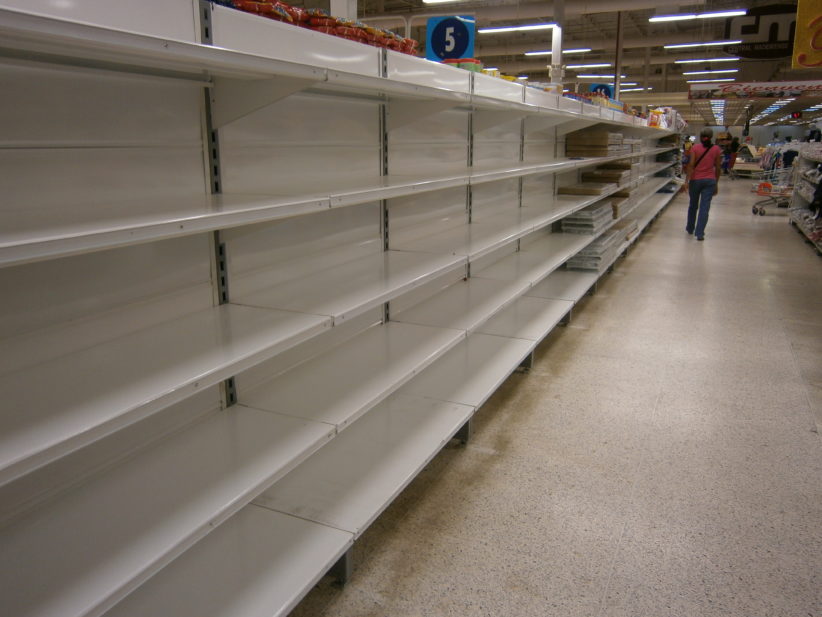 Mexican businesses have been colluding with Venezuelan business officials to sell food packages to crisis-ridden Venezuela at almost double the price, according to the Associated Press.

The scam was revealed through a Mexican-led investigation which discovered that Mexican businesses were bulk-buying selections of food before exporting them to Venezuela at increased prices. Since the fraud was revealed by the Attorney State General of the Republic of Mexico, authorities have stopped the fraudulent scheme in its tracks.

According to the BBC, the programme was being orchestrated as part of the ‘CLAP’ scheme, which is the name for a system of subsidised food ingredients which hungry Venezuelans could access on a monthly basis. CLAP packages were, in fact, brought in by Venezuela’s President Maduro and had been one of his 2016 campaign promises in a bid to maintain the support of lower-income citizens.

Despite the ongoing nature of the packages, the oil-rich country has continued to slip into unprecedented levels of economic crisis and poverty which have contributed to a humanitarian crisis and mass exodus of Venezuelan citizens. Amidst ongoing international calls of human rights violations, little food and medicine have caused higher levels of migration across the Latin American continent.

The CLAP boxes are considered a lifeline for up to six million Venezuelan families who have chosen or have little choice but to remain in the country and contain basic ingredients such as rice, tuna and cooking oil. As for people still in the country, options to leave continue to become increasingly difficult as new regulations across South American countries such as Ecuador and Peru could mean many migrants are not permitted entry. Dogged by increasing crime levels and hunger, the distribution of CLAP boxes has also become a booming black market trade, according to Reuters.

The report also continued to explain that the majority of food that is included in the packages are sourced from countries such as Mexico because Venezuela’s food industry has all but disappeared. This is combined with empty shelves in both supermarkets and health centres which has left many families in an increasingly desperate situation.

The recent revelation of abuses to the food aid system by Venezuelan and Mexican business was brought to light by top Mexican prosecutor, Israel Lira. Throughout the investigation, some 1,300 containers of food, which means nearly 2 million food packages, were mobilized by the investigators but then allowed to continue the journey as to not affect the Venezuelan crisis further. It has been revealed by international reports that the quality of food being sent to people in need was of a much lower quality than standard regulations and sometimes contaminated with insects and other vermin.

The investigation has brought to light ongoing suspicions that food aid to the country is considered corrupt and benefitting both Venezuelan authorities and international businesses. Colombian national, Alex Saab, has been named as a key suspect in the Mexican investigation of involvement with the diversion of funds related to the aid programme, the Associated Press points out. So far, implicated people have been ordered to repay almost $3 million to the U.N Refugee Agency as a result.

With almost 75% of Venezuela’s population having lost up to 19 pounds in body weight and facing extreme food shortages, a number of NGOs are also attempting to support the country, however, claims suggest that the Venezuelan government has rejected substantial amounts of international aid. At the same time, it is predicted that the country’s staggering inflation rate is on track to reach 1 million percent and the rate of Venezuelans leaving the country could top that of Syria’s refugee crisis, according to specialists.

Schools to close due to water shortages in Mexico City