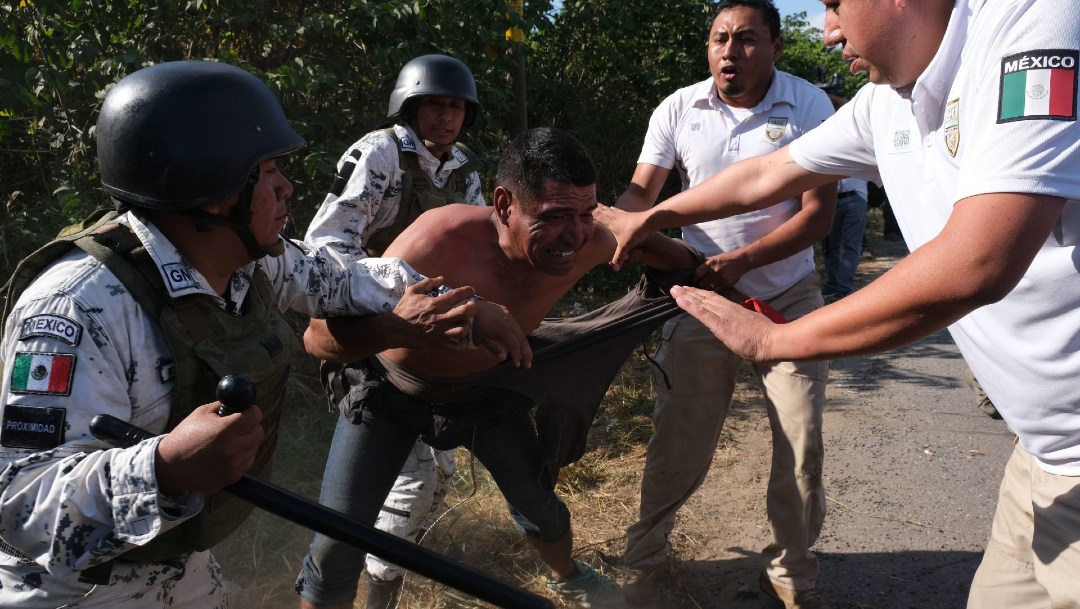 Mexico City, Mexico — The United States Supreme Court last week upheld Title 42, a pandemic-era health measure that restricted migration — including that of asylum seekers — into the U.S., forcing thousands of migrants back into Mexico where they face threats from corrupt officials, migrant smugglers, and drug gangs.

The migration policy, implemented during Donald Trump’s administration, was an alleged measure to curb the spread of COVID-19 infections from migrants during the pandemic.

Under Title 42, migrants are subjected to more stringent restrictions, including being denied political asylum and expulsion from the country within hours of crossing into the U.S. Before Title 42, asylum seekers were granted entry into the country while their case was reviewed by immigration courts.

However, the U.S.’ barring of migrants did not plug the ongoing migratory flow, but rather it exposed migrants to further hostilities in Mexico.

Such was the experience of Merlina, a 42-year-old woman from Honduras, who, along with her two young daughters, traveled through Mexico hoping to enter the U.S. in the summer of 2022. (Merlina’s last name is being withheld for safety concerns).

“When I arrived on the other side [United States], I thanked God that I had left Mexico. I felt at ease in my heart. That is when you feel at peace when you are already in another place where there is no risk of losing your life as there is in Mexico,” Merlina told Aztec Reports.

Aware of severe migration controls in Mexico and the U.S, Merlina contacted a known human smuggler, called a “coyote,” in Honduras, who promised to get her and her two infant daughters safely into U.S. territory.

“At the beginning, they promise you it will be an easy and fast trip, but all that is a lie. They only care about your money,” she said.

Merlina recounted a dangerous, two-month journey across Mexico, where she and her two daughters would spend days without food or water while guarded by heavily armed men who often threatened her and other migrants into obedience.

“They would scream at us, insult us, saying that if they realized that some of us were talking on the phone, they were going to kill us … They were very well armed, all of them very well armed … At that moment, I was in a panic for my girls,” she recalled.

Her long journey, and the USD $19,000 she paid to the coyote, eventually would prove fruitless since shortly after crossing the border, U.S. authorities quickly expelled her back into southern Mexico without even screening her and her family as possible asylum seekers, she said.

After her ill-fated journey through Mexico, Merlina is back in Honduras, where she has promised never to attempt to cross Mexico again.

In addition to smugglers, migrants often have to be on the lookout for Mexican migration officers and law enforcement, who have reportedly indulged in predatory and exploitative behavior towards migrants.

Following a failed attempt to cross into the U.S. in late 2021, Mexican migration officers relocated Gómez Ramirez to Mexico’s south-southeast. Soon, local police detained and extorted him, taking his official documents and all the money he had left, $8,000 pesos (USD $400).

Even though the police officers that apprehended him promised to let him go if he gave them his money, Alejandro was taken to a migration facility where he spent two months detained and uncommunicated, according to his account.

“I believe that we are all alike, we are all brothers and sisters, and there should be no borders or immigrants. After all, we are all migrants,” he said.

Over two million migrants have been expelled since March 2020 under Title 42.