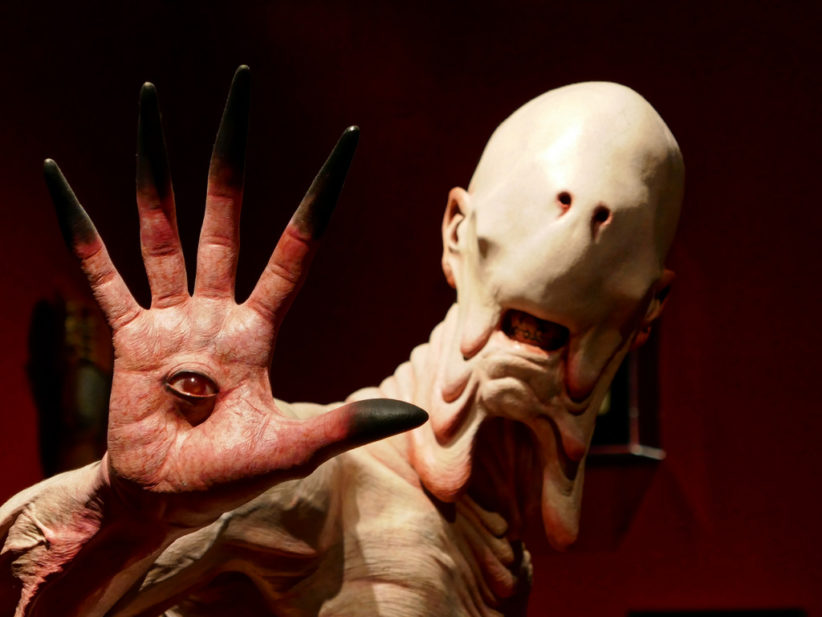 Guillermo del Toro is one of Mexico’s most well-known creatives. A pioneer in filmmaking, writing and producing, the Jalisco native’s name is renowned for the creation of award-winning fantasy films and the fantastical creatures that he brings to life.

Pan’s Labyrinth and The Hobbit are just some of the countless projects that have propelled him to creative stardom, whilst sending shivers down the spines of gripped audiences around the world.

In recent days, details have been released about del Toro’s newest production, ‘Scary stories to tell in the dark’ as well as information about the plot and what characters are to be featured. Believed to follow a group of teenagers as they attempt to uncover the truth behind some small town murders, the film is set to get considerably creepier and more exciting; but the let’s save the details for the big screen.

What’s more, it has also been announced that Mexico City will be welcoming an exhibition next year of the monsters that Guillermo del Toro has created. According to Donde Ir, the exhibition At Home With Monsters is confirmed to be making its way to the city, although a specific date is yet to be confirmed. At this point, there is speculation that the exhibition will be housed in Mexico City’s National Cineteca.

Curated by Eugenio Caballero, the exhibition will display the life-size (and even bigger) monsters that fans are accustomed to in del Toro’s films. Alongside a plethora of statues, the showcase will also boast over 500 drawings, paintings and models which will detail the creative process behind the monsters.

It comes off the back of a successful primary exhibition which took place at the Museum of Modern Art in Los Angeles earlier this year which had concluded as a great success.

So what monsters can luck fans expect to find at Mexico City’s much-anticipated exhibition? Pan’s Labyrinth The Faun is one of the producer’s more popular creations and is one of the main antagonists that drive the plot forward. With striking features, the creature’s beauty and monstrosity chime with the light and darkness that The Faun toes throughout the film. Similarly, Pale Man from Pan’s Labyrinth is similarly striking and terrifying at the same time. Doug Jones played the iconic child-eating, skin layered figure in the film, and the image of Pale Man’s eyeball hands remain ingrained in the memory of any del Toro film fan. The Shape of Water’s Amphibian Man, also played by Doug Jones, is sure to also make an appearance at the exciting exhibition.

What At Home With Monsters offers is the key to unlocking the creative thinking behind del Toro’s mind. His mental journey through the underworlds that have conjured the fantastical figures and brought to life otherworldly storylines that remain with viewers forever. His air of inventiveness never falters nor does his variety of influences from Medieval history to horrors and heritage of Victorian culture. Based on what the exhibition has previously displayed, themes of childhood, death, the underworld and occultism will all play prevalent parts in teasing from us our darkest creative imagery.

Underground drug tunnel from Arizona to Mexico discovered in a KFC

How can Mexico’s startups prepare for natural disasters?