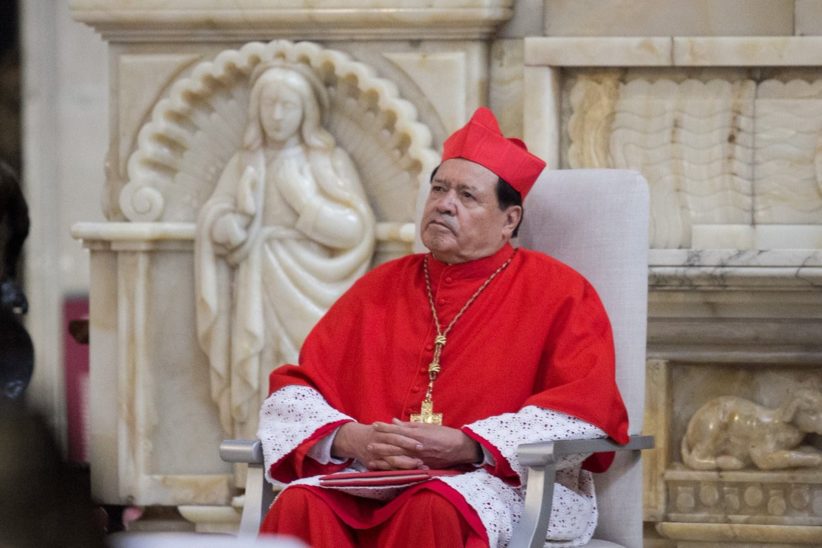 On Sunday October 22, three attackers attempted to break into the house of Cardinal Norberto Rivera Carrera, killing one of Rivera’s bodyguards. The attackers have been identified and one is in intensive care in hospital while the other two remain at large.

After 3 p.m. on Sunday afternoon, three men approached the residence of the ex-Archbishop of Mexico, reported Aristegui Noticias. One, dressed in military uniform, knocked on the door with the pretext of delivering a package, but when the door was opened by the bodyguard, the two other attackers attempted to push past him and gain entry into the building.

“When the door was opened, the subject shot and wounded one of the security guards,” explained a police communique. “His companions repelled the attack, but he managed to escape.”

Cardinal Carlos Aguiar Retes, who is currently serving as the Archbishop of Tlalnepantla, lamented Hernández’ death.

“I have received news of the painful events at the house of the Archbishop Norberto Rivera,” he said. “I regret the death of the police officers, and I ask eternal rest for his soul and that of his family. We carry on hoping for official information from the authorities.”

On Sunday evening, reported Informador, the state prosecutor’s office released the information that they had located one of the attackers. He was found in the Lomas Verdes hospital, where hospital staff affirmed he had been abandoned earlier by two unknown individuals. He was admitted with bullet wounds in the abdomen and the thorax, and is unable to make a statement as he remains in intensive care. Among his belongings they found an identity card in the name of José González González, 35.

The other two attackers have been visually identified through police sketches and various images that were captured from the security cameras in the area. As of yet no arrests have been made

Cardinal Rivera served as the Archbishop of Mexico from 1995 to 2017, and was part of the papal conclave that elected both Pope Benedict XVI in 2005 and Pope Francis in 2013. Extremely conservative in his views, he was was a staunch opponent to abortion and same sex marriage, stating that “abortion never solved anything,” and that the formal union between homosexuals “will always be immoral” in the eyes of the Catholic Church. However, the motivation behind the attack remains unknown.