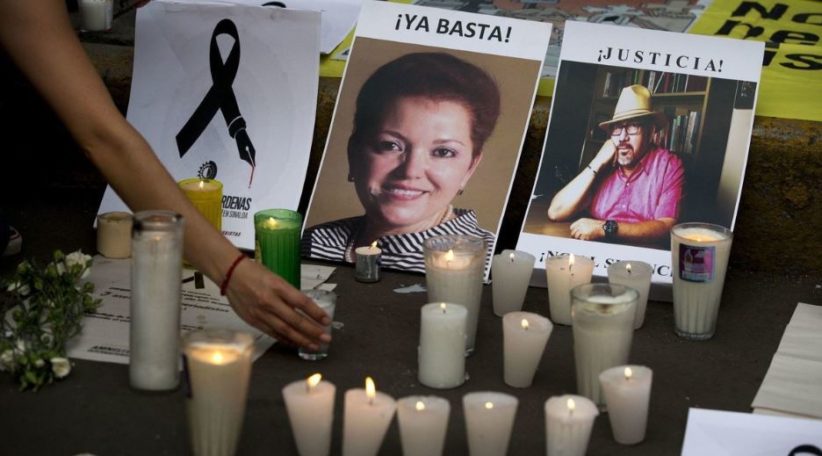 A male suspect was arrested this Monday, September 24, in connection with the shooting of journalist Mario Gómez Sánchez, who was murdered outside his home in the afternoon of Friday September 21.

CCTV footage of the shooting was released shortly after and has since been circulating the internet. Gómez Sánchez was shot four times from a passing motorbike and, despite help arriving from nearby straight after the incident, the El Heraldo de Chiapas reporter did not survive.

Having analysed footage of the incident, state prosecutor Luis Alberto Sánchez Sánchez announced at a press conference the day after Sánchez’ murder that six shell casings were found at the scene of the crime.

In a video released Tuesday September 25 on Twitter, Sánchez Sánchez divulged details of the arrested suspect, who he believes had been observing Gómez Sánchez’ movements beforehand in order to confirm the journalist was at home. He detailed that of the two individuals on the motorbike – one driving and one shooting – the armed man appeared to have previous knowledge of handling weapons. The armed suspect has been named as Juan Pablo N. Este.

The state prosecutor also confirmed there was reason to believe that arrested suspect N. Este had links to a group of drug-dealers who operated in the town of Yajalón, municipality of Chiapas, where the crime took place. N. Este’s alleged leaders, Juan David Martinez Trujillo and Oscar Leyver Acosta Gonzalez, are currently wanted by the police, who are offering a reward of $300,000 pesos (roughly US $158,000) for information regarding their whereabouts.

Speaking to newspaper El País, Sánchez Sánchez also confirmed that the “primary line of investigation” for the motives behind Gómez Sánchez’ murder are “linked to his journalistic work”. The reporter, who had been working at El Heraldo de Chiapas for eight years, had previously covered stories relating to the municipality’s illegal narcotics industry.

According to the Committee for the Protection of Journalists, Gómez Sánchez is the ninth Mexican journalist to be murdered this year. The organisation Reporters Without Borders (RSF) have also reported 21 cases of journalist disappearances, of which 96% can be related to their previous coverage of security or corruption.

Former presidents suggest regulation of drugs could be more effective