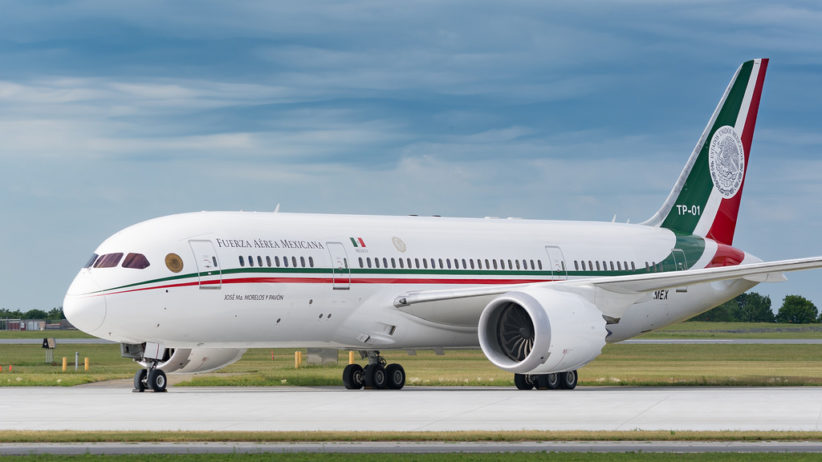 There are less than three weeks before leftist Andres Manuel Lopez Obrador takes the Mexican presidency and shifts the current PRI government from power.

One of many general elections that have taken place across Latin America this year, alongside Colombia and Brazil, there are mixed feelings about the changes that the new president is set to bring in and whether they will be effective in thwarting the corruption and violence that dog the country.

Of the countless promises that he made throughout the election period, AMLO has now announced the sale of the presidential aircraft, as the leader promises to use commercial flying instead. It comes alongside a number of other plans to reduce luxury costs and wages throughout his government, as he rallies to stop bribery and government mishandlings.

According to Politico, the presidential plane which was introduced by former president Felipe Calderon just six years earlier boasts a restaurant, ample space and the capacity for up to 280 passengers. Describing the potential sale item as ‘luxury,’ the aircraft is now being advertised around the globe for potential buyers and the incoming president has even offered to deliver the plane himself. AMLO then continued to pitch his aeroplane sale: “It’s not just efficient and modern,” he said. “It’s a comfortable plane, with a bedroom, a restaurant, lots of space.”

The plane set the country back eight billion pesos (US$393.5 million) when it was purchased six years ago and AMLO has pointed out it costs a further 500 million pesos (US$25.6 million) to maintain annually. Funds from the subsequent sale is hoped to be allocated to public spending and for more appropriate budgetary needs which will benefit Mexican citizens.

The Guardian has since written that the callout for the Boeing 787-8 Dreamliner sale, which was made earlier this week, is just one of many other cuts such as that to personal bodyguards and points to a historic transformation for the country.

Although some have feared that the incoming leader’s leftist political approach might mirror that of the Venezuelan leader Nicolas Maduro, who has seen an exodus of over three million people from his country amidst inflation and poverty, others welcome AMLO as the much-needed change that Mexico has sought.

He is not the first leader from around the world to opt for better usage of a presidential vehicle. Uruguay’s former president Jose Mujica came from being a guerilla to political power and as well as donating 90% of his salary to charity, he also chose to buy a helicopter for the country which would be used in medical rescue missions as well as being the presidential mode of transport.