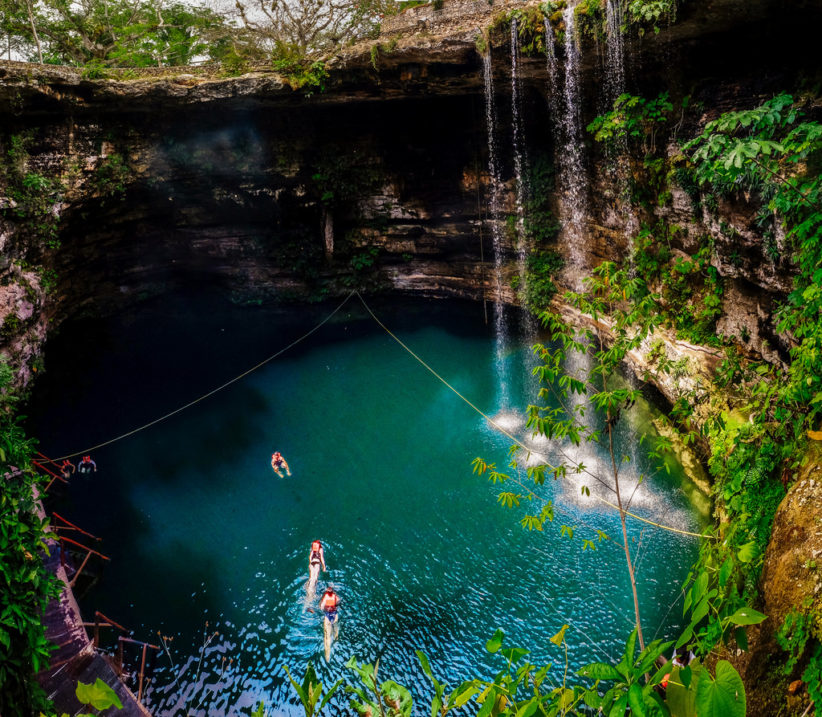 Over one tonne of waste, such as tires and stoves, were removed from Mexico’s famous cenotes over the space of just this year.

The lack of regard  for the natural locations has been met with anger by environmental organisations, who have also since criticised AMLO’s plan to also build the Mayan train through the area.

There are thousands of cenotes that are dotted around the landscape of the Yucatan Peninsula, and they are certainly one of the most sought-after tourist spots in the area. These freshwater or saltwater sinkholes are both iconic, picturesque, and even served Mexico’s ancient Mayan civilisation as a source of drinking water.

The cenotes are the largest connection of underground caves in the world and boast turquoise waters, fascinating natural wonders and also a plethora of Mayan archaeological artefacts dotted throughout them. They take centuries to be created in the limestone rock through a degree of water erosion, however, it is believed that the forces of an ancient asteroid contributed to the very geological balance which would make these cave formations possible.

According to Mexico News Daily, as many as 80 volunteers as well as divers were involved in the clean up operation. Taking place across 15 famous cenotes, bicycle wheels and rusty metal were also recovered from the sink holes, marking concern for lack of environmental concern in the area.

The report continues to point out that 80% of the cenotes are currently polluted and a combination of tourist visits and locals are to blame for the rubbish being left behind. In many scenarios, even if a cenote has been cleaned, litter will be found there just a few months later.

One of the most presiding issues for the Latin area, of which six countries rank in the top ten most diverse countries in the world, is a lack of education.

Although customers in Colombia, Chile, Antigua and Barbuda are charged for plastic bags in some supermarkets you need just take a trip to the Amazon river to see where some of that waste will end up floating. Similarly in Peru for instance, local stalls tend to serve food in plastic bags and as local water sources are often undrinkable, plastic bottles are rife. Such individual environmental issues pale in comparison to larger tasks that are brought in by illegal logging, mining and poaching, however, all contribute to a general oversight of the pressing issues environmental activists face.

Arrests made following murder of teenage Honduran migrants in Tijuana