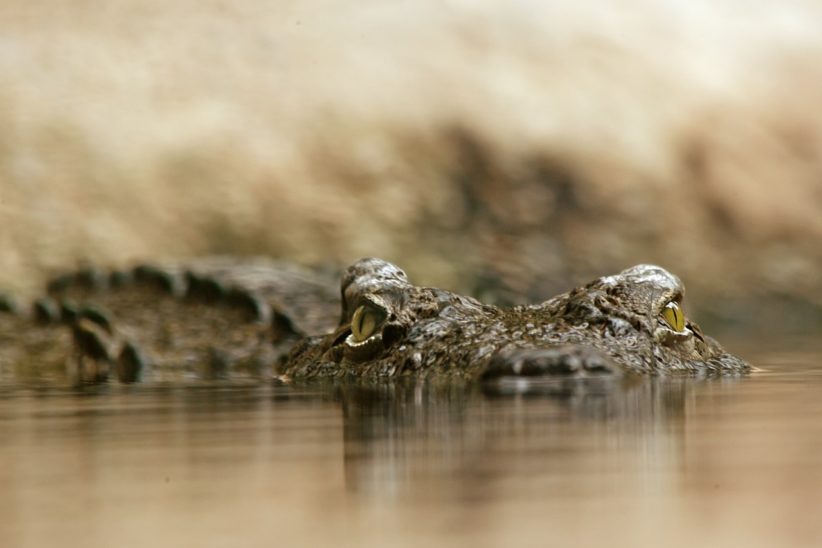 The Federal Office of Environmental Protection (profepa) are investigating the attack and killing of a young crocodile in the town of Puerto Vallarta on the Pacific coast. Taking place on Oct 2 the crocodile was killed and hung from a tree with a threatening note that the killings will continue.

Crocodiles are a protected species in Mexico, and the recent brutal attack has caused outrage amongst environmental groups in the area.

According to local reports, the reptile was found hung by its tail with a number of wounds from its head. The handwritten note attached said ‘we are going to continue killing these disgusting animals unless they are brought under control’.

Because of the weight of the animal, it is believed that at least two people were required to hang the carcass from a tree, and local reports have dubbed it the result of a ‘crocodile killer squad’. The case has since been handed over to a federal investigation because the killing of crocodiles in Mexico is considered a crime.

News outlet Publimetro has pointed out today that an estimated four crocodiles have been deliberately killed in the last two years and just last month civilians reportedly decapitated a crocodile which was over 40 years old.

Within Puerto Vallarta, in the state of Jalisco, it has been claimed that as of recently crocodiles have been spotted wandering around the town. It is an unlikely case, however, experts believe that it is due to changes to their habitat that have caused them to become more frequent sightings. A new hostel construction in Nayarit has also been blamed as contributing to changes in natural crocodile habitats.

On average across the globe, crocodiles kill 100 people a year which is ten times the amount of fatal shark attacks. Although these statistics are difficult to tally, it is likely that whilst construction and venturing into crocodile territory continues, that the amount is unlikely to drop.

Despite this, news of crocodile attacks across Mexico remains somewhat uncommon. Two months ago, however, a man was found floating in a lagoon near Cancun after being dragged into the water by crocodiles.

More expulsions in relation to student attacks at UNAM