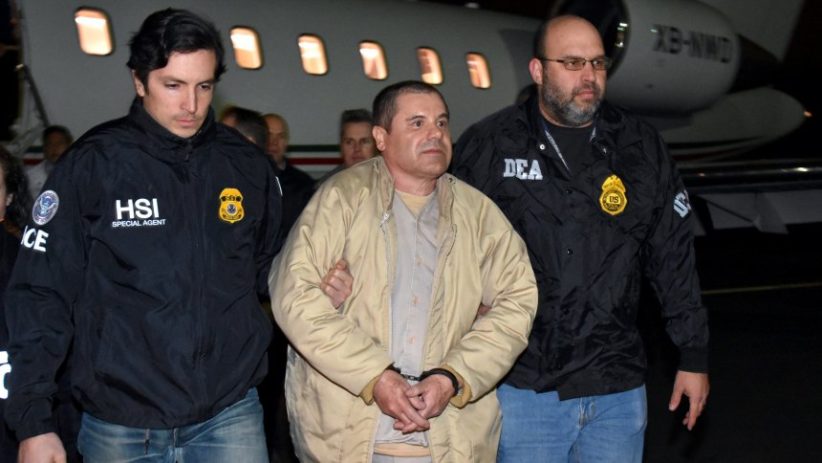 The lawyer to infamous Mexican drug trafficker Joaquin ‘El Chapo’ Guzman has revealed in court that the Sinaloa Cartel allegedly paid millions in bribes to Mexico’s two most recent presidents.

The claims made in front of a New York court in which El Chapo is currently facing trial for 11 counts of drugs trafficking, money and weapons laundering, accuse current President Enrique Pena Nieto and former President Felipe Calderon of receiving millions of dollars worth of bribes from the cartel organisation.

El Chapo’s attorney, Jeffrey Lichtman, used the accusations in an attempt to divert the real blame towards another person named Ismael “El Mayo” Zambada. The statement suggested that Zambada was the real organiser of the Sinaloa Cartel and was still operating outside of jail as a result of these countless bribes. The allegations have been fervently denied by representatives of both the president and former president.

Although El Chapo has been behind bars for some time now, it is believed that the cartel continues to function despite having their leader in jail. Instead of stemming the flow of drugs, severing the leadership has led to a number of splinter cartels and increased violence throughout the country as people battle to take control. The Guardian noted, just as with the death of Escobar, little appears to have changed in drug circles except a shift in trafficking routes. What’s more, the Mexican government has been dogged by increasing crime, even higher levels of impunity and the general belief that political systems are fervently corrupted by bribery. Since Calderon launched his failed ‘war on drugs’ in 2006, the number of homicides across the country have also skyrocketed and this situation doesn’t appear to be changing anytime soon.

So far, according to Animal Politico, authorities have called the allegations ‘‘completely false and defamatory.’’

In response, it is believed that the Rivera Maradiaga brothers, former leaders of Honduran drug cartel Los Cachiros, are expected to testify against Guzman.

The twice-escaped convict was also recently denied the opportunity to hug his wife before the trial, amidst fears he could order the attack or killing of people testifying against him.

If the accusations fail and Guzman is found guilty, the drug kingpin can expect a life sentence for his time as Mexico’s largest drug cartel leader. El Chapo became the most notorious drug leader in the country and one of the most wanted people worldwide. Having started as an orange seller in his youth, he assumed the position of cartel leader in 1989 and propelled the cartel to international power amidst fierce rivalries with other Mexican cartels. Guzman was caught and imprisoned in 2014 before several prison escapes and eventual extradition to the United States. His fame, however, was sealed as a result of two previous successful escapes from high-security prisons, one which saw him hide in a laundry cart and the second involving a long underground tunnel.  El Chapo has since remained in custody in the United States yet has pleaded not guilty to a number of charges that have been brought against him.

Yesterday, former cartel member Jesus Zambada – brother to El Mayo – also testified against El Chapo. He claims that the largest organisers in the Sinaloa cartel were both Guzman and Zambada. It is believed that the case will take up to four months for a verdict to be met.